Nkandla process ‘must not be rushed’ – ministers 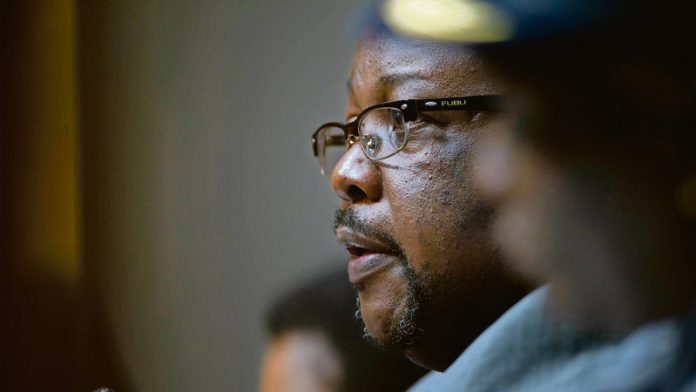 Various reasons and determinations were made to the Nkandla ad hoc committee on Wednesday as Public Works Minister Thulas Nxesi and Police Minister Nathi Nhleko faced a barrage of questions from MPs, with the ANC firmly in their corner and opposition MPs on the other side of the ring.

ANC MPs and the ministers have determined that the body of water at President Jacob Zuma’s homestead does not have chlorine and therefore is not for swimming. The amphitheatre is too uncomfortable to be for entertainment. The pool is too close to the front of the house to be for swimming and provided too little privacy. The R31-million still needed to complete phase three of Nkandla was just an estimate, not cast in stone.

After eight hours, two presentations, rehashed arguments and reams of documents, the ministers said there were processes under way in relation to the cost inflation, and the recovery of money overspent, but it was a process that could not be rushed and would take time.

The ministers were addressing some of the concerns raised by the committee following their visit to Nkandla last week, where they found incomplete shoddy work, an empty clinic and a wandering goat.

In the forefront of the MPs questions was the money, the pool, the bulletproof clinic and the 21 bachelor flats “requested by the SAPS and the defence force”.

Police Minister Nhleko said, with regards to the police and defence force barracks, that there was a process under way to ensure there was a proper and official handover.

“We reiterate what has been stated by various investigative reports that outstanding work must be completed, that security re-evaluations shall be conducted soon by a team of experts from law enforcement agencies.” Nhleko said the R31-million that has been projected to complete the work was merely an estimate.

Public works minister Nxesi, who was appearing for the first time in front of the committee, said the handover of the houses and clinic had been delayed by the various investigations into the project and once assessments were done and the defects rectified, all facilities would be handed over. Nxesi again reiterated that there was no value for money at Nkandla and that the project had been a victim of poor management. “There is a serious problem of poor planning and no proper budgeting done.”

The location of the body of water at Nkandla, famously known as a firepool for its “fire fighting capacity”, appeared to still baffle MPs, who, even after video demonstrations and explanations from experts still questioned its existence. Nhleko said the pool was not an afterthought and the need for it has been apparent since 2009.

When United Democratic Movement MP Nqabayomzi Kwankwa questioned the distance of the pool from the main house, which he said is too far from the president’s house to be of any good during a fire, Nhleko said the location of the pool was determined by experts.

Freedom Front Plus MP Corne Mulder said he did not find the word “firepool” in the dictionary.

“And if it is a firepool, why would be in a shape of a boat? I saw it with my own eyes,” Mulder said. He said the taxpayers should not have to pay more money for the upgrades, a sentiment echoed by other opposition parties present at the meeting. ANC MPs said defended the location of the pool and its use.

ANC MP Thandi Mahambehlala said the pool did not have chlorine and therefore could not be for swimming. “My understanding of a swimming pool meant for entertainment is that it must have chlorine at least. And it must be clean. What we saw there, no one can swim in it. It had no chlorine.”

ANC deputy chief whip Dorris Dlakude said the pool was too close to the front of the house to allow for any swimming in privacy. Opposition parties again called for public protector Thuli Madonsela to be called in to defend herself as Nhleko’s report on Nkandla contradicted hers.

The Nkandla Ad Hoc committee chairperson Cedric Frolick said they can decide on Thursday if the public protector should be called in to defend herself and her report, a notion driven by opposition parties and strongly opposed some by ANC MPs.

This after Dlakude suggested the parties meet to consult on the rationale behind the opposition’s insistence on calling Madonsela.