Xolela Mangcu on Biko and race in ‘post-apartheid South Africa’ 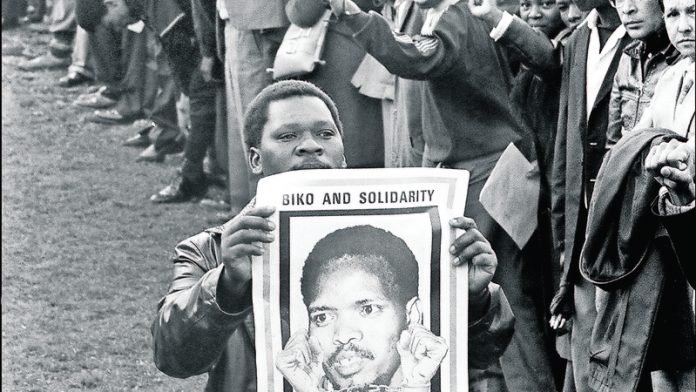 ‘Does Race Matter in Post-apartheid South Africa?’ is the subtitle of ‘The Colour of Our Future’ (Wits University Press), edited by Xolela Mangcu. In this edited extract from the book’s first chapter, he posits what moving beyond race could mean – a joint culture

Race is as old as the ages. This much is clear from the recently published multivolume Image of the Black in Western Art, edited by David Bindman and Henry Louis Gates Jnr. In the introduction to the ?rst volume, covering Pharaonic Egypt and the Graeco-Roman period, classicist, art historian and sociologist Jeremy Tanner disputes the argument that racial prejudice is a modern invention that was unknown to the ancients.

He does, however, admit that among the ancients racial “boundaries were not policed in the systematic manner characteristic of the southern United States before the Civil Rights Act or the apartheid era in South Africa”.

However, another contributor to the Bindman and Gates volume, Jean Vercoutter, argues that artistic representations of black people depended on their geopolitical power. Thus, in the third millennium BCE, dark-skinned pygmy and other statuettes formed part of a “veritable gallery of portraits” that showed a much more egalitarian society in which dark-skinned people were treated with awe and admiration.

The point of this truncated history is to argue that the roots of racialisation run much deeper and longer in the recesses of human history. To acknowledge these ancient roots of racialised identities is not to let the moderns off the hook or to yield to naturalist justi?cations of racism. It is simply to look at race as a historical concept, which gives it a fundamentally political nature. A political response would thus be more appropriate in combating racism than the rationalist conceit that racism is just a matter of prejudice that can be eradicated with better knowledge.

This is the rationalist conceit that informs both liberal and Marxist versions of nonracialism in South Africa – and elsewhere in the world, for that matter. Liberals would rather we banished race talk because they view such talk as pre-modern. Georgetown University’s critical legal theorist, Gary Peller, locates liberalism’s dismissive attitude towards race within a long-standing “Enlightenment story of progress as consisting of the movement from mere belief and superstition to knowledge and reason, from the particular and therefore parochial to the universal and therefore enlightened”.

He writes that the “transition from segregation to integration, from race consciousness to race neutrality mirrors movements from myth to enlightenment, from ignorance to knowledge, from superstition to reason, from the primitive to the civilised, from religion to secularism”.

But, as the Oxford don Isaiah Berlin pointed out, this liberal argument also harks back to the Enlightenment idea that solutions to social problems will be obtained “by the correct use of reason, deductively as in the mathematical sciences, inductively as in the sciences of nature”.

On matters of race, this logic quickly turns into what the distinguished African philosopher Kwame Anthony Appiah describes as an uncompromising “hard rationalism” that refuses to countenance any social phenomenon that cannot be established through scienti?c rationality. Appiah argues that identities are “unlikely to be settled by uncontroversially factual considerations”.

To wit, there is much more to the human make-up than rationalist logic or, as Appiah puts it: “We do well to pay obeisance to fallibilism.”

Patrick Chabal made a similar point about why it is dangerous to explain identities on rationalist grounds. He writes: “For instance it is often argued that racism is irrational because there is no scienti?c basis to racial differences. However, people’s reactions to racial differences may mean that some of them want to put distance between themselves and the racially distinct other. But since society considers such attitudes irrational, some of these people might be driven to embrace more extreme ideologies that accommodate their fears.”

As sociologists we are better placed to allay such fears and combat such prejudices when we directly confront them as real, instead of dismissing them as manifestations of a warped consciousness. Thus, the “inability to conceive of other beliefs, other rationalities, con?nes our abilities to make sense of what we observe”.

Unfortunately, the varied political history of black South Africans is hidden beneath the concept of nonracialism. If South Africans

were aware that nonracialism is not the only way to imagine the racial future, they might be curious about these other intellectual and

political traditions. This requires digging deep into our intellectual and conceptual archive.

Take, for example, Albert Luthuli’s vision of “a multiracial society in a nonracial democracy”. I accept Luthuli’s “multiracial” vision because it is a pragmatic recognition of the racialised identities. It bears repeating that this would not be a multiracialism based on a biological conception of race as an essence. It would be a conception that recognises not only people’s racial experiences but also their contestation and reformulation of imposed racial essences to create new identities.

In seeming to go along with apartheid’s logic the Black Consciousness Movement (BCM) fooled the apartheid government into believing that separate development was becoming a success among black South Africans. Little did the government then realise that the BCM was actually undermining the classi?cation system upon which apartheid was founded. The movement rejected apartheid tribal identities and ethnic concepts such as “coloured” and “Indian” in favour of a common political de?nition of “black”.

Instead of a biological definition of “black”, the movement provided the following one: “Blacks are all those who are by law and tradition discriminated against and identify as a unit towards their aspirations.”

However, I would propose replacing “nonracial” with “anti-racist” in the second part of Luthuli’s vision. While the former has been a source of much confusion about the nature of the real challenges of racism

in our country, anti-racism is more explicit in naming what remains the greatest barrier to our common humanity. Even though he was not an academic, Biko anticipated accusations of essentialism by academics: “I am not here making a case for separation on the basis of cultural differences. I am sufficiently proud to believe that in a normal situation Africans can comfortably stay with people of other cultures and be able to contribute to the joint cultures of the communities they have joined.”

He argued that “cultures affect each other, like fashions, and you cannot escape rubbing against somebody else’s culture”. But he was also explicitly political in his de?nition of black culture: “This is a culture that emanates from a situation of common experience of oppression.”

This political definition of culture is not different from, say, Cornel West’s description of culture as “the structures of meaning and feeling that created and sustained communities; this armour constituted ways of life and struggle that embodies values of service and sacrifice, love and care, discipline and excellence”.

As an alternative, Biko suggested the idea of the “joint culture”: “We have whites here who are descended from Europe. We don’t dispute that. But for God’s sake it must have African experience as well.” For Biko, “a country in Africa, in which the majority of people are African, must inevitably exhibit African values and be truly African in style”.

Race transcendence thus requires recognising race while also going beyond it to create a joint culture. Therein lies the promise of a public philosophy that goes beyond what is in the Constitution. A public philosophy goes beyond rights to speak directly to the hearts and minds of South Africans.

The democratic theorist Michael Sandel laments the absence of this public philosophy because any constitutional democracy requires civic underpinnings and transcendent values. In the case of the US, Sandel argues that “the liberal vision of freedom lacks the civic resources to sustain self-government. This defect ill equips it to address the sense of disempowerment that afflicts

our public life. The public philosophy by which we live cannot secure the liberty it promises, because it cannot inspire the sense of community and civic engagement that liberty requires.”

I would paraphrase Sandel to argue that in South Africa nonracialism cannot secure the social justice it promises because it has become an ideology of nonracial inequality. And as Joel Netshitenzhe argues (in this volume) it is not enough for a nation to de?ne itself by negative concepts such as nonracialism or even antiracism. The challenge is to ?nd a more positive set of secular, public values that define our nation.

I put forward Biko’s “joint culture” as the penultimate candidate for such a national vision.

Xolela Mangcu will be on two panels at the M&G Literary Festival: “Goodbye to all that: Decolonising culture and institutions”, with Achille Mbembe, Leigh-Ann Naidoo and Thaddeus Metz, chaired by Salim Vally, on Saturday August 1 at 9.30am; and “Black and White in Colour: Why race (still) matters”, with Anthea Garman, Lewis R Gordon, Hlonipha Mokoena and Melanie Verwoerd, chaired by Shireen Hassim, on Sunday August 2 at 11.30am

White noise: Black people will always struggle to breathe and be heard