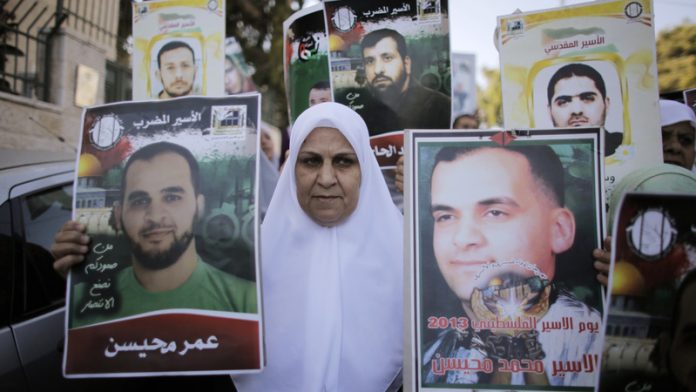 The law, which seeks to prevent imprisoned Palestinian militants from pressuring Israel by refusing food, was initially approved in June 2014 at the height of a mass hunger strike of Palestinian prisoners, during which dozens were hospitalised.

While the law does not specifically mention Palestinians, Internal Security Minister Gilad Erdan, who led the legislation, said it was necessary since “hunger strikes of terrorists in prisons have become a means to threaten Israel”.

The law, which passed by 46 votes to 40, “will be used only if a doctor determines that the continued hunger strike will create an immediate risk to the life of a prisoner or long-term damage to his health,” David Amsalem of the ruling Likud party said.

But opposition members decried the new measure, with the Arab Joint List of parties criticising “a law to torture Palestinian prisoners, aimed at uprooting their legitimate struggle”.

The Israeli Medical Association called the law “damaging and unnecessary”, stressing on Thursday that its doctors would “continue to act according to medical ethics, which prohibit doctors from participating in torturing prisoners”.

It said force feeding was “tantamount to torture”.

Physicians for Human Rights Israel said the “shameful” law revealed the “anti-democratic face” of the Israeli Parliament, saying they would continue to oppose the law and its implementation, and “support anyone who will refuse to obey the law”.

Spokespersons for both organisations said they were considering filing petitions at the high court against the law.

Palestinian prisoner rights group Addameer said the law was a way to provide “legal cover” to Israel’s torture of prisoners, saying it would allow it “to kill more Palestinian prisoners on hunger strike” on top of the five who have died due to force feeding in Israeli prisons in the past.

According to the Association for Civil Rights in Israel, the majority of prisoners who go on hunger strike are Palestinians in administrative detention, under which they held for renewable six-month periods without charge.

A spokesperson for the Israel Prison Service said there was currently one Palestinian held on administrative detention and four “security prisoners” who had been on hunger strike for over a week. – AFP

Mogoeng should remember that Israel/Palestine is an apartheid state, in which 90% of the land is reserved for Jewish occupation
Read more
Coronavirus

One of the truest tests of integrity is its blunt refusal to be compromised. — Chinua Achebe
Read more
Advertising
Continue to the category
Coronavirus