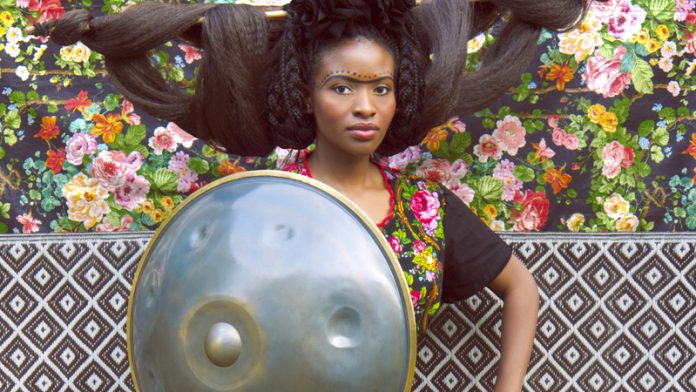 Mami Wata, Africa’s answer to the mermaids and sirens sprinkled throughout folklore the world over, rises from the waters and sways to the beat of hand drums. “Dey use dem bad medicine to scare, to bring you down,” she sings, her voice punctuated by stringed instruments, an electric guitar and a steel pan that gives the sound a haunting edge.

This is opera, but not as you know it: it is the world’s first opera in pidgin, the language spoken by about 50-million people in West Africa’s most populous nation of Nigeria, alongside variants in Ghana, Sierra Leone and Liberia, and it debuted in London last week.

Song Queen: A Pidgin Opera came about after Nigerian-born Helen Parker-Jayne Isibor, also known by her artistic name, the Venus Bushfires, watched a recital of Richard Wagner’s opera Parsifal. That began a four-year labour of love aimed at convincing audiences that an art form most closely associated with classical Romance languages could blend with a vernacular often seen as lacking prestige.

“I went to the opera wearing my ankara,” Isibor said, indicating her jewel-bright Nigerian clothes, which caused a stir among the black-tie wearing opera regulars. “And I thought, actually, I’m going to pidgin this entire situation up.”

Scoring pidgin’s clipped, concise tone was “difficult”, she said, but the final result is a West African-flavoured twist centred on the water spirits that lure men or sailors to their deaths in countless mythologies.

“My grandmother knew so many Mami Wata stories because her mother had told her these stories too,” Isibor said, her hair spun in the signature elaborate up-dos she sports on stage. “It’s everywhere from Greek mythology to mermaids, so it’s something that translates well across the board.”

A burst of Afrofuturism
The show is the latest in a renewed burst of Afrofuturism – where conceptual artists reimagine black-related themes. The organisers hope its debut at the world’s largest festival of new opera, which opened in London last week, will eventually lead them to Nigeria and beyond.

Other differences mark Song Queen out from the standard orchestral canon. Soprano, mezzo, tenors, violins and cellos sing to the pace of talking drums traditionally used by griots, traditional storytellers, across West Africa, and the music is shot through with the udu, a clay water drum found in southeast Nigeria. The centrepiece is Isibor’s hang: a UFO-shaped percussion drum so rare waiting lists to acquire one can stretch for years.

Brooding minor keys, pentatonic string harmonies and use of the kora, a traditional west African harp, often make the music redolent of the contemporary Malian “desert blues” of Oumou Sangaré and Rokia Traoré. But inspiration also came from Nigerian Afrobeat pioneer Fela Kuti, who championed pidgin and used its creativity to devastating political effect with albums such as Why Black Man Dey Suffer. Kuti once told a biographer: “Good English [can]not convey the message of African music.”

Originally a contact language developed in the 1400s as European sailors plied the Niger Delta coastline, the colourful tongue has become a lingua franca in a nation that is home to several hundred languages and dialects. But many still look down on it as a sign of the country’s falling education standards, or a hurdle in aspirations to attain a so-called Queen’s English accent.

The Pavarotti of Nigeria
“A lot of people [in Nigeria] said, why do you want to sing in pidgin? And I thought, well, why not? It’s the language the average Nigerian understands,” said Isibor. Her collective of international musicians can’t always perfect the accent, so they simply sing it in their own accents – fitting for a language that draws from so many indigenous languages that various ethnic groups claim it as their own in Nigeria.

“You’re the Pavarotti of Nigerian opera!” exclaimed one happy viewer post-show last week, rushing over to shake hands with Baba Epega, a classically trained musician who had appeared on stage dressed in traditional flowing agbada robes.

Lawyer Roger Makanjuola, speaking above the crowd of British and Nigerian accents, said the wave of Nigerian pop artists breaking through internationally had helped his British-born children identify with the country. “I think Nigerian music is ripe for the international stage. In a way it’s a shame because a lot of the young big-timers are moving away from the more traditional music, but you can’t blame them for also trying to make their roots more modern,” he said.

Others are fighting against the tide of sugary dancehall music. Isibor is among them: “I don’t have the kind of face most people link to opera. I hope that people look at me and even if they don’t go into opera music specifically, they can think: you don’t have to shake your bum-bum, take your clothes off, it doesn’t have to be auto-tune .” – © Guardian News & Media 2015

Teachers who spoke to the Mail & Guardian this week are not confident that any effective teaching and learning will take place during this academic year, even if it is extended
Read more
National

Forty-three people were shot dead in the first six months of this year in the Western Cape’s intractable taxi violence, while close to 100 have been arrested and 40 are on court rolls in connection with the conflict
Read more
Opinion

English is a valuable resource, but we cannot continue to promote it at the expense of the indigenous languages — including Afrikaans
Read more
Advertising
Continue to the category
National