Who protects the public protector? 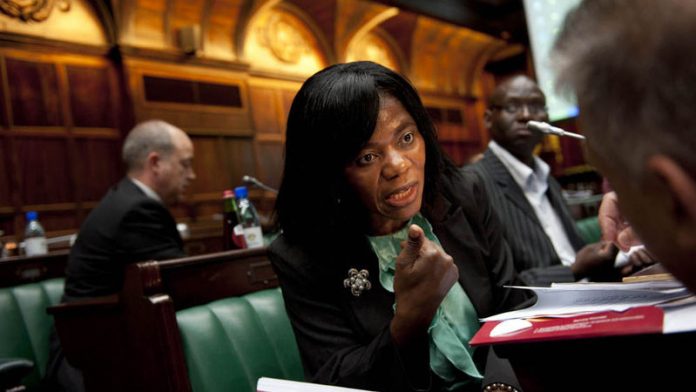 If, say, Parliament or a sitting president were to undermine her office, then it would be up to South Africans to protect it, public protector Thuli Madonsela said on Monday, in what did not quite amount to a call for a pitchfork mob to rise in her defence.

“If the people of South Africa feel, as lawyers and as ordinary people, that the Constitution is being trampled on, that personal feelings about people is determining how people conduct themselves, let the people do something,” Madonsela told a media briefing she had called on the ongoing Nkandla saga.

And if people were to express their dismay at the treatment of her office, she implied, she would endorse such displays.

Misstatements and distortions
Madonsela’s office was scheduled to release on Monday what is expected to be a damning report on the currently controversial Passenger Rail Agency of SA (Prasa), but that release was postponed to process responses received to a draft report. Instead, Madonsela used the opportunity to “clear misstatements and distortions” around her findings on Nkandla, by releasing publicly a letter of more than 5 500 words addressed to the speaker of Parliament, Baleka Mbete.

“I’m deeply saddened by the fact that I have to use the media as a platform to address you,” Madonsela told Mbete, before proceeding to explain, in considerable detail and with only the barest hint of occasional sarcasm, how Parliament’s ad-hoc committee on Nkandla and others had got things very, very wrong.

“I am hopeful that this statement will be received and considered in the spirit of putting our Constitution and our people first,” Madonsela ended her letter.

But although she is confident that Parliament is mired in misunderstanding on Nkandla and equally confident that she will not be called by the ad-hoc committee to explain ten key misapprehensions she listed, Madonsela also said she would not seek legal recourse to force her findings on Parliament, nor to silence those attacking the credibility of her office.

“I will go to court under extreme circumstances, because I believe the people of South Africa have to protect this office,” Madonsela said to questions about her legal options, casting herself as a caretaker of an office that belongs to the public.

That represents a marginal but notable departure from Madonsela’s position of eleven months ago.

However, in August 2014 Madonsela was at pains to point out that the “hysteria and mudslinging” around Nkandla was “not from government or Parliament as an institution”. In August 2015 she ascribed “attacks” to “all and sundry, including spokespersons of the governing party in and outside Parliament” – and started to point to effects.

“I must indicate that my team and I are concerned that the safety valve an office such as ours is meant to provide, by giving people a voice and the state better ears, is being eroded,” Madonsela said in her statement.

Parly misunderstanding
She also linked “bickering” with a seeming unwillingness by Parliament to properly fund the public protector.

Yet while she directly called on citizens to act as the guardians of her office, should the need arise, Madonsela herself continued to express confidence in both the institutions of government and the individuals involved.

“All I know is there seems to be a misunderstanding,” she said of Parliament’s approach to her Nkandla findings. “I choose to believe that people are acting in good faith.”

Nonetheless, her office had considered the reach of contempt proceedings, she said, and was giving much consideration to the model of a similar government ombud in Pakistan, and its “defiance hearings” in cases where government fails to comply with watchdog recommendations.