Can Sizwe Nxasana change the fortunes of NSFAS? 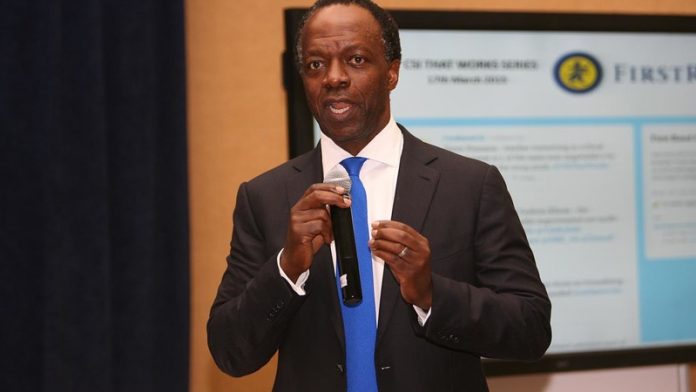 Higher Education and Training Minister Blade Nzimande has appointed outgoing FirstRand group chief executive Sizwe Nxasana as the new chair of the controversy-hit National Student Financial Aid Scheme (NSFAS), in the hope that he can turn the state project’s fortunes around.

Nxasana takes on the role of chairperson for a term of four years, from August 1 2015 to August 31 2019, and replaces Zamayedwa Sogayise, whose term ended in December. University of Pretoria professor Themba Mosia has been acting chair in the interim.

Nxasana is heading into a state agency that regularly courts controversy by denying access to higher education to thousands of poor students. Despite a budget that has increased to R9.5-billion from R441-million since its inception in 1999, NSFAS rejects funding applications from thousands of deserving students each year, citing a shortage of funds.

A group of students protested outside Nzimande’s offices in March, demanding that he scrap the scheme and implement free education. The scheme is the cause of many student protests on public university and college campuses.

Nzimande expressed confidence that Nxasana could turn the student scheme’s fortunes around. “Mr Nxasana brings a wealth of experience and expertise to his new role as the chairperson of the NSFAS,” he said.

“His experience in the financial sector, as well as his background as a chartered accountant, makes him the ideal person to lead NSFAS, to address its challenges and deliver on its mandate. I am confident in his abilities to lead NSFAS into the future. I cannot think of a more appropriate person to lead the NSFAS board at this stage.

“Working together with the board and management of the NSFAS, Mr Nxasana is expected to guide the implementation of the necessary measures that will enable NSFAS to become a model public entity that complies fully with the provisions of its governing legislation, including the NSFAS Act.”

Nzimande highlighted nine areas in which NSFAS “continues to confront challenges”. He said:

These are the critical problems he was hoping Nxasana would help resolve.

Nxasana steps down as group chief executive of FirstRand on September 30 after a five-year term. Subsidiaries of FirstRand include First National Bank, WesBank and Rand Merchant Bank.

Nxasana founded accounting firm Sizwe & Co in 1989, which is now part of Sizwe Ntsaluba Gobodo. He is the recipient of honorary doctorates from the University of Fort Hare in 2004 and Walter Sisulu University this year. Nxasana served as chief executive of Telkom from 1998 to 2005.

“His professional background, organisational and administrative abilities are what an institution such as NSFAS needs. We trust that he will be able to stabilise the institution and ensure recoveries from beneficiaries and push management to excellence.

“We are, however, wary that Mr Nxasana is a banker. Banks are well-known for their anti-transformation agenda and are only concerned with profiteering.

“We will thus be closely monitoring any ideological or policy shifts within NSFAS to ensure that it is not turned into a business scheme but rather continues to serve its purpose as a funding tool towards the attainment of free quality education.”