Our pick of Oppikoppi’s hottest acts 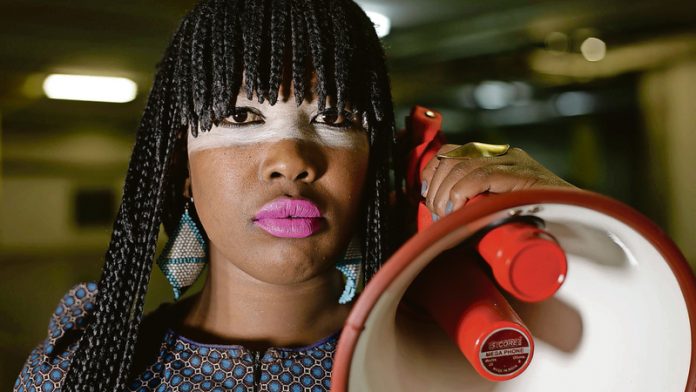 In South Africa, with its cutting-edge house music, forward-thinking kwaito and atmospheric folk, it’s almost impossible to name one locale as a source for creating these sounds. But for the sake of being topical, we look to the Oppikoppi music festival in Limpopo that showcases artists from the mainstream and underground.

Over the years, local legendary musicians have graced the Oppikoppi stage and this year the festival features a tribute performance to Johnny Clegg, who was honoured with the Officer of the Order of the British Empire in June. The international headliners for the festival include the Scottish rock band, Twin Atlantic, and New York alternative rock band Brand New. As the festival celebrates its 21st year, we highlight five acts to look out for this weekend.

As diverse as the music selection at Oppi is, the festival doesn’t have a reputation for its jazz acts. But over the years, it has featured some remarkable jazz performers such as the Carlo Mombelli Trio in 2013 and Hugh Masekela the year after.

This year, alongside Israel’s Tatran, the line-up features Planet Lindela, a trio from Soweto led by bassist Mngomezulu Maponya. With a blend of hard bop, Afrobeat and funk, the trio plans to extend its music landscape by including a vocalist and trombone player.

With the aim of making “music of the world” singer Nomisupasta’s (Nomsa Mazwai) sound is not bound to any country; it has a universal appeal and she is already on the world stage.

In June 2015 the singer and activist was invited to perform at the United Nations General Assembly in New York – a platform that has staged Grammy Award winners such Angélique Kidjo and Beyoncé Knowles.

Back at home her debut album Nomisupasta won her a South African Music Award for best adult alternative African (Sama) music in 2011. Since then she has performed and worked with artists such as fellow Sama winner Nakhane Touré and house deejay Black Coffee.

Nomisupasta, who describes her sound as “Afro soul alternative”, often deals with themes such as love and empowerment. She also incorporates spoken words into her music. Nomisupasta hopes to release another album later this year.

The band is a four-piece symphonic ensemble that makes music using instruments such as the cello, violin, ukulelele and drums. Their music is upbeat with a hint of folk; just the kind of the sound to keep you jumping up and down at Oppi.

Even if you are not the loudest cheerleader for deep house, you can’t help but appreciate producer and deejay Jazzuelle’s enchanting music.

This house/electronic producer music is dubbed the next best local music act to look out for. He marries soul, jazz and electronic sounds in a seamless manner.

Jazzuelle, born Thando Tshoma, has shared the stage with producers and deejays Black Coffee, Vinny Da Vinci and C.9ine and is probably better recognised as a participant of the local Red Bull Music Bass Camp in 2013. His most recent release was a four-track EP entitled Archaic Rapture.

This Middelburg-born hip-hop artist became the breakout hip-hop act for 2014-15 without an album under his belt. You can’t list the current hottest acts in South Africa without mentioning Kid X (Bonginkosi Mahlangu), who has featured on hit singles such as the Sama-winning record Caracara with K.O and Amantombazane (Remix) with Riky Rick. He bagged the seventh spot on MTV Base: SA’s Hottest MCs list for 2014.

With her avant-garde raps that riff over futuristic beats, Yugen Blakrok is an emcee you probably want to see if you’re a hip-hop fan. Eastern-Cape born and Jo’burg-based Yugen Blakrock was nominated for best freshman, best female emcee and best lyricist at the 2014 SA Hip Hop Awards following the release of her 2013 album Return of the Astro-Goth.

The house that women built

Monster of SA rock: Little Oppikoppi is all grown up