Rushing land reform only slows it down 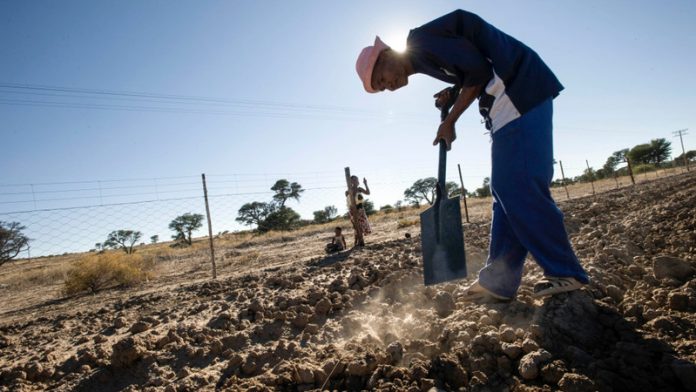 Poor performances in the land reform process in South Africa are caused primarily by the fluctuating and sometimes conflicting policy messages from government since 1994. The oscillation of policy language over the past 21 years, we argue, has led to key challenges in the process, ultimately stemming from the reluctance of policymakers to embrace exclusive property rights and free markets.

At a theoretical level, the reluctance is justifiable given the redistributional imperatives of the land reform process.

On the surface, the nature of the newly proposed policies for implementation are still not likely to fast-track the process of land reform partly because the sizes of farms targeted for settling about 10 000 dwellers on five million hectares in the Land and Agrarian Reform Project (Larp) would still be too large to facilitate markets for small farmers. In addition the proposed valuation process, which is a lot more sensitive to political and historical considerations, will now be centralised in an office that may not have the urgently required human resources.

Historically, the language of the Reconstruction and Development Programme in the land reform process originally sought to secure community use access and some ownership to land and other agricultural resources mostly for poverty alleviation. In the Land Redistribution for Agricultural Development, the language moved towards one that supported the emergence of black farmers with some market objectives.

In recent years, the policy language and political discourse in the media have been in conflict. While some policies, for example Larp and the new Agricultural Landholding Policy (ALP), support the resettlement of large communities from large agricultural holdings to co-operatives and family-owned holdings, it is still unclear how the co-operatives would function as viable commercial entities.

The proposed roles of the new valuer general seem even more technically challenging given the socially intricate legal responsibilities required to arbitrate on historical and sociopolitical factors to satisfy conflicting stakeholder interests. Meanwhile, parallel to this unstable policy discourse are a number of land reform projects that have failed. Thus, it is against these historical developments and factors that the argument linking a changing policy and political discourse (that has failed to fully embrace markets) to poor performances in the reform process is posited.

Broadly, three instruments have been proposed in attempts to redress the negative social effects of apartheid policies stemming from the defining land dispossession of the Natives Land Act of 1913:

Of the 800 000 farmers initially targeted, the African Research Institute reported that about 231 000 black farmers and entrepreneurs benefited from the redistribution instrument in 2013.

About 20 hectares of land, on average, were allocated to a household during this process. The land did not translate into family-owned farms or businesses; the majority translated into community trust owned or operated farms with obscurely defined property rights. The rights have been in the form of voting and benefit rights in such trusts or community property institutions. Incentives for doing business through investing time, money and effort in farming under such institutional arrangements have been compromised.

There have been high failure rates with respect to the productivity rates of more than 50% of farmlands in their post-transfer periods. The African Research Institute reported in 2013 even higher failure rates at around 90% of land that was no longer productive in 2010.

These figures have dire implications for varied economic benefit streams, including derived livelihoods from subsistence agriculture and employment rates to direct beneficiaries and the economy in general. This remains the case even if the land transfers may still have served other sociological and cultural benefits or objectives, which narrow economic analyses often miss.

On the surface, the new Property Valuation Act (17) of 2014, currently under implementation, appears to have been an appropriate response to some of the reported bureaucratic challenges hampering the land valuation processes and the generally low productivity rates. In practical terms, however, Larp and the principles in the Act seem more likely to add to the historically reported transaction costs in the reform process.

For example, the Larp proposes that government would now be responsible for purchasing and sub-dividing the land into smaller plots, selecting the right tenants with demonstrable skills to farm productively, leasing the land to selected communities or individuals, monitoring their performances, evicting nonperformers, and so on.

Those who succeed commercially would be given an opportunity to purchase the land at market value. This list of such elaborate tasks, even if performed correctly, would more likely add to the bureaucracy and transaction costs, which would slow the process further.

While trying to achieve the egalitarian principles of fairness and redress, the market approach to compensation has now been padded by a more uncertain political rhetoric that would be even harder to negotiate in terms of its practical meanings in implementation. Trying to reach a consensus between public and private interests is often (if not always) an overdrawn process that often lends itself to legal processes. If many more court disputes arise because agreements cannot be reached, the speed of the valuation processes would be retarded further.

The centralised and bureaucratic nature of identifying and managing new farmers to determine which ones should ultimately be evicted and which ones should be given opportunities to buy and own the land would more likely further slow the rate of giving out title deeds to new farmers. Without ownership titles, free land markets would not emerge quickly enough to present the more obvious economic benefits. But if the process – although slow – is successfully implemented, most of the feared and potentially negative sociopolitical outcomes that are theoretically and empirically associated with blind and free markets may be prevented from occurring.

The challenge is how government assigns which types of property rights to beneficiaries and how it allows markets to develop to what levels to ensure that high levels of productivity are achieved and maintained on transferred farmlands, without reversing the political gains of broadening equal access and ownership of land resources across racial groups. This is the question on which policymakers, social and economic analysts need to invest their efforts.

The workable solutions could lie somewhere between the extreme outcomes of completely free markets and state involvement in monitoring the market forces and putting in place measures that would prevent or reverse a more equal distribution of land access, ownership rights, social and economic gains.

Professor Nhlanhla Mbatha is area head of finance and economics at the Unisa postgraduate school of business leadership.

Land ownership and its equitable distribution has floundered. Changes to a section of the constitution and the expropriation act are now before parliament, but do they offer any solution?
Read more
Business

The agricultural sector has grown this year, but an absence of collateral is preventing black farmers from making a go of their business
Read more
Business

On the back of the announcement that the government would allocate more land to be leased by emerging farmers, President Cyril Ramaphosa says that beneficiaries will also be trained in financial management and enterprise development
Read more
National

The City of Cape Town tacitly condones it when wealthy landowners behave illegally, something that is not the case if you’re poor
Read more
Politics

ANC family tries to run black farmers off their land