State-owned Transnet has awarded two more mega-projects to telecoms firm Neotel, both without going to tender. And there are indications that mystery company Homix may have been involved again.

AmaBhungane  revealed last week that Neotel paid R66-million in commissions – seemingly kickbacks – to Homix to secure contracts from Transnet. A further R25-million was agreed but not yet paid.

Homix is little more than a letterbox; an apparent front for persons undeclared.  A former senior Gupta employee has been linked to Homix, but the politically well-connected family has distanced itself from him and denied having a relationship with the company.

Neotel’s board commissioned an investigation into the payments after the company’s auditors blew the whistle to it in April. Neotel said after last week’s exposé that its chief executive and chief financial officer had “taken special leave in co-operation with this investigation”.

Transnet, whose chief financial officer, Anoj Singh, is also entangled in the matter, has denied impropriety. Singh has been seconded as of this month to  navigate Eskom out of the fiscal doldrums.

Phases
The known Neotel payments to Homix were to clinch Transnet’s ­purchase of R300-million in telecommunication network equipment from Neotel and a five-year, R1.8-billion agreement for Neotel to provide Transnet with network services.

Now it has emerged that Transnet has awarded two more large projects – closed-circuit television (CCTV) systems worth R835-million – to Neotel without tender and while Neotel was interacting with Homix.

The first project, or “phase one”, was worth more than R329-million, according to a Transnet memorandum seen by amaBhungane. It entailed installing and maintaining CCTV networks at six ports controlled by Transnet.

Brian Molefe, the chief executive at the time, approved the “confinement” of this contract to Neotel in May last year. 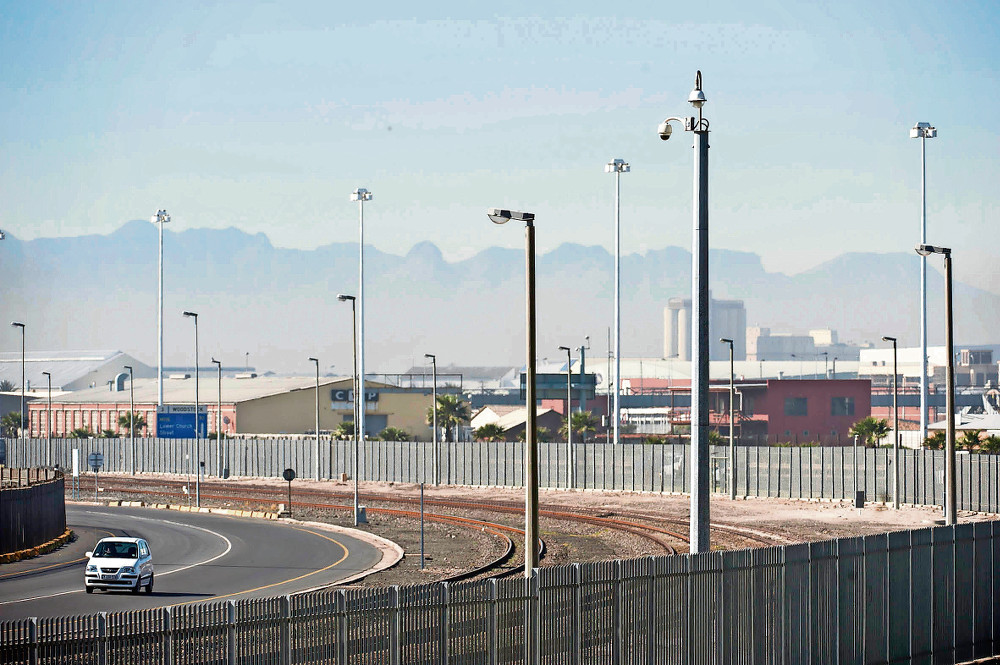 ‘Impractical’
Transnet’s ports division says on its website that it confines procurement to single suppliers where ­competitive tendering “would be impractical due to urgency, limited market or sole source supplier”.

Molefe, the memorandum says, recommended the confinement of “phase two”, worth R505-million, to Neotel on February 20 this year. This was to install high-tech cameras and roll out the CCTV network to two more ports and the head office in Johannesburg.

Molefe’s phase two motivation was followed by board procurement committee approval, Transnet issuing a request for a proposal to Neotel, the latter submitting a proposal and Transnet evaluating it – all in a matter of weeks.

Molefe approved the award to Neotel on March 30, a day before financial year-end.

The timing played into some ­controversy at Neotel. The latter’s auditors, Deloitte, said in internal correspondence that Neotel management allocated revenue from the phase two CCTV project to the year that ended on March 31, although the transaction was incomplete.

‘Aggressive’ tactic
The premature recognition of ­revenue can be an “aggressive” accounting tactic to make results look better. After Deloitte’s intervention, Neotel reversed the allocation.

The phase two transaction seems headed for a storm at Transnet too. The memorandum seen by ama-Bhungane is a request to Siyabonga Gama, the acting chief executive, to sign the contract with Neotel to give effect to the March 30 award.

Written by Singh, the chief financial officer, and procurement head Garry Pita, it is endorsed by a who’s who of Transnet brass. But Gama, who took over when Molefe left in April to be chief executive at Eskom, appears reticent. A Transnet insider said this week: “Gama has not signed … and I doubt he will.”

The failure to sign the contract after making the award may leave Transnet exposed to litigation by Neotel, but this would drag the affair further into the public domain.

A key question is whether Homix was paid commission on the CCTV transactions too, again raising the possibility of kickbacks. Deloitte correspondence seen by amaBhungane recorded Neotel management as saying that “there is no fee payable to Homix” on these deals. Deloitte asked each Neotel board member to confirm this in writing, but their responses are not known.

AmaBhungane is aware of evidence suggesting an approach to a Neotel subcontractor in April last year to pay a fee to Homix in respect of CCTV cameras for Transnet. It came three weeks after Neotel’s first known payment, of R30-million, to Homix. This was to secure the purchase by Transnet from Neotel of telecommunications equipment worth R300-million apparently unrelated to the CCTV cameras.

Molefe’s approval of the phase one CCTV confinement came a month later, on May 25 last year.

Molefe’s recommendation for the phase two CCTV confinement was on February 20 and Transnet’s board procurement committee approved it on February 23.

This week Molefe denied these events were connected, saying: “I’m hearing about Homix from you. I didn’t know anything about Homix.”

Molefe defended Transnet’s award of the CCTV work to Neotel without tender. He said that after he arrived at Eskom, investigations into the performance of existing CCTV cameras at ports concluded that they were not performing well as they were not connected centrally via a fibre optic network.

As Transnet’s fibre optic network had been privatised to Neotel, the solution was to give the work to the latter. Phase two also had to go to Neotel because it was “already involved in this complex project”.

Transnet did not reply to detailed questions, but a story on Thursday in the Gupta-controlled New Age quoted Transnet as claiming that last week’s exposé ran “counter to appropriate journalistic standards … Until such time that the Mail & Guardian provides proof of any misconduct, the company will reconsider its relationships with the publication”.

Neotel director Kennedy Memani, who is leading Neotel during its chief executive’s “special leave”, said in a statement: “The Neotel board is taking this issue extremely seriously. On learning of our auditor’s concerns, we took immediate action, engaging a leading independent law firm to address the issues raised.

“As part of its investigation, this law firm has had unfettered access to the company. The board believes that this course of action will help to strengthen Neotel’s corporate governance framework.”