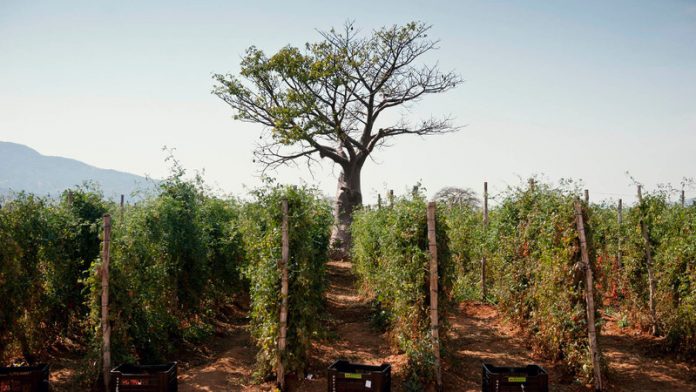 Bitter conflict has erupted over the control of a communal property association (CPA) that runs five lucrative farms in Limpopo, with community members complaining that the local tribal authority has hijacked the association and is running it as “a family trust”.

AmaBungane has also learned that the department of rural development and land reform is taking the CPA’s leaders to court, after community members accused them of corruption, nepotism and maladministration.

A spokesperson for a residents’ body calling itself the Concerned Group, Alfheli Bvumbi, claimed that nine of the 13 committee members are related to the Ravele royal family.

At issue are farming operations in the Levubu area outside Makhado – formerly Louis Trichardt – that were restored to the local community under the land restitution process.

CPAs were legislated in the 1990s to enable communities to benefit from restitution. The CPA Act stipulates that land under CPA control is held collectively, not at the pleasure of the local chief.

However, many associations have become battlegrounds between community members and traditional authorities.

The court action stems from a complaint submitted to the department by the Concerned Group, which accuses the association’s leadership of irregularities including unilateral decision-making, failing to provide audited financial statements, employing relatives on the farms and flouting the CPA’s constitution.

The Ravele CPA was formed in 2005 after a successful land claim that saw the department spend over R50-million on the five farms.

Department spokesperson Sivuyile Mangxamba said the department is drafting a CPA policy to clarify the functions of traditional authorities and property associations in relations to communal land.

However, Aninka Claassens, of UCT’s Centre for Law and Society, said there was a change in government’s attitude towards CPAs in about 2003, when it was proposed that all land distributed under the land reform programme should be transferred to unelected traditional councils.

The Communal Land Rights Act of 2004 had empowered the minister of land affairs to endorse the transfer of title deeds of land held by CPAs and trusts to larger entities encompassing traditional councils. The Constitutional Court struck down the Act in 2010.

Claassens said some tribal authorities were still “able to act with impunity and contrary to the terms of the CPA Act, because they know government is on their side”.

The dispute between the Concerned Group and the Ravele CPA came to a head in April when four members of the group were suspended for bringing the association into disrepute.

The suspension means the four cannot participate in the CPA or Maluama Enterprises, which runs the farms.

Bvumbi alleged the charges related to making false public statements about the association on national radio. However, the suspension letter seen by amaBhungane concerns allegations of corruption.

The letter adds that the four cannot enter the office of the CPA’s administrator or contact any member of the CPA executive committee, board of directors of the company or its management.

CPA chairman Nthangeni Netshisahulu declined to comment, saying the CPA and the department had filed papers in the North Gauteng High Court and the matter is sub judice.

However, Bvumbi said the conflict dates back to 2012 when community members started raising questions during meetings about the CPA’s financial affairs and Mauluma Enterprise.

“We interrogated the financial report distributed to beneficiaries and I asked why rent from our farmhouses reflected as an expense. And also questioned some transactions. Things went from bad to worse,” he said.

In a letter to the executive committee in October 2013, the group questioned a R143 580 deposit in the CPA’s account where there was no indication of where the money came from.

The group also asked for clarity on a bank account opened last year that was linked to the CPA account from which R37 700 had been withdrawn, leaving a balance of R248 000.

Instead of providing answers, Bvumbi alleges that the CPA called meetings at the local chief’s kraal where members were prevented from voicing their concerns.

“We viewed this as intimidation – that is a sacred place where there should be no conflict and we must show respect. Also that place is far for the majority of people. Since they can’t afford to travel there the meetings usually don’t have a quorum.”

Bvumbi said residents had then approached the national department, which launched an enquiry into the CPA’s affairs.

According to the department’s court papers, which amaBhungane has seen, the CPA held an illegal AGM in December last year at which it re-elected the executive committee without following proper procedures.

Another member of the Concerned Group said that most of the 650 supposed beneficiaries “have not benefited a cent from the profits of the farms”.

“We’re told of certain households that received R800 and we don’t know what for. I’m a beneficiary and I’ve never received any money. I don’t see any improvements in my community.”

The member said that jobs in the company are never advertised. “We just see people in management positions. When we do our investigations not only are they unqualified but they’re related to members of the executive committee.”

Other complaints included tenders not being advertised and service providers being unilaterally appointed.

The smartphone is a crucial tool for enabling lifelong learning and has the potential to democratise education, particularly with internet penetration and access to data both continuing to rise
Read more
Advertising