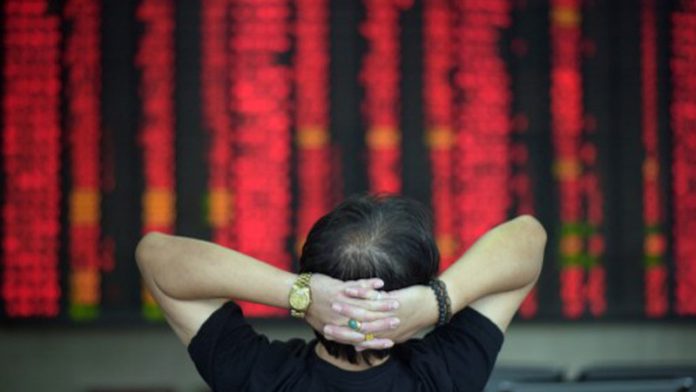 Just as Asia’s central banks were bracing for an expected increase in US interest rates, China has given them another headache to deal with.

China cut the yuan’s value against the dollar for the second consecutive day on Wednesday, roiling global financial markets and driving expectations the currency could be set for further falls.

The daily reference rate that sets the value of the Chinese currency against the greenback was cut by 1.62% to 6.3306 yuan, from 6.2298 the previous day, the People’s Bank of China (PBoC) said in a statement on its website.

The move took the reductions to 3.5% this week – the largest in more than two decades – after a surprise cut on Tuesday, but the central bank played down expectations it would continue to depreciate the currency.

The combined drop is the biggest since China set up its modern foreign exchange system in 1994. It is also a bigger change than the 2.1% rise when China unpegged the yuan, also known as the renminbi (RMB), from the dollar in 2005.

The move has been widely viewed as a way to help boost exports by making them more competitive as growth slows, although China’s central bank described it as part of reforms to make its exchange rate system more market-oriented.

‘Beggar-thy-neighbour’ policy
China’s decision let its yuan weaken is creating a bind for policy makers grappling with slowing growth and sluggish exports. If they let their currencies follow to stay competitive, they risk reviving inflation and a rush of money exiting to the dollar.

“Devaluation is a beggar-thy-neighbor policy,” said Chua Hak Bin, an economist at Bank of America Merrill Lynch in Singapore. “Domestic demand is very weak in most economies in Asia. This could be a race to the bottom.”

First to follow – the State Bank of Vietnam, which widened the dong’s trading band on Wednesday, citing the “negative impact” on its economy of China’s devaluation. The move marked an official confirmation of the fallout across Asia’s currencies, which had their biggest two-day selloff since 1998, during the region’s financial crisis.

Malaysia’s ringgit weakened beyond 4 to the dollar for the first time since 1998 on Wednesday. Indonesia’s rupiah slid the most since December 15. The market’s reaction is being driven by sentiment rather than fundamentals, Bank Indonesia Senior Deputy Governor Mirza Adityaswara said.

Central banks from Indonesia to Singapore have already eased monetary policy this year to support growth. A currency war gives them even less room to maneuver.

A ‘perfect storm’
Asia has been “hit by a perfect storm” of tighter fiscal policy, moderating credit growth, increased exposure to China and lower commodity prices, said Michael Wan, a Singapore-based economist at Credit Suisse Group AG. “Expect growth around the region to be quite lackluster.”

The region is in the midst of a deep “trade recession” that is likely to endure, Australia & New Zealand Banking Group Ltd. said in a note Wednesday. The bank cut its growth forecasts for India, Indonesia, Malaysia, the Philippines, Thailand and Singapore.

“Asia’s ability to consume will be diminished along with weaker currencies in the short term,” said Wai Ho Leong, an economist at Barclays Plc in Singapore. “We don’t know how much demand is destroyed by this currency move, how much producer confidence is lost.”

Even currency weakening may not help these economies when shipments have been faltering all year due to slower demand in key markets such as Europe.

Ineffectiveness
“In an environment of weak final demand, competitive devaluations are unlikely to have the effect that policy makers would expect them to have,” said Glenn Maguire, a Singapore-based economist at ANZ.

Taiwan is trying to find a middle path, quietly easing monetary conditions to spur growth and prevent capital flight as its currency plunges. The island’s central bank, which has kept benchmark borrowing costs unchanged since 2011, cut the rate on overnight certificates of deposit for a second day on Wednesday and said it will pay less on 14-day debt at a sale scheduled Friday.

While the International Monetary Fund said China’s yuan changes are a welcome step as they should allow market forces to have a greater role in determining the exchange rate, Asia-Pacific policy makers are bracing for volatility and uncertainty.

“China’s moved quickly,” Australia Trade Minister Andrew Robb said to reporters in Canberra Wednesday about his nation’s largest trading partner. “The exchange-rate issue is an attempt to restore some competitive position. I don’t know what will happen next, I don’t think anyone does.” – Bloomberg

He’s apologised now, but my week was ruined when I had to delve into his past
Read more
Advertisting
Continue to the category
National