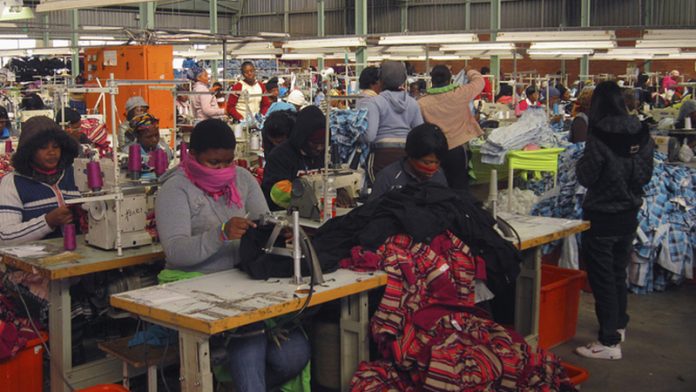 In the wake of the financial crisis and the ensuing period of austerity, there has been a renewed interest in the working poor in developed countries, including the US and the UK. In the US in particular there are concerns about the rising number of people who have two or three different jobs but who still cannot make ends meet.

In South Africa, the release of the latest unemployment figures is a reminder that the country has a different problem. Unemployment seems to have been one of the biggest challenges since the first democratic elections in 1994, with roughly 25% of the labour force consistently being unemployed.

This number is based on the most conservative definition of unemployment. Given this rate, it is perhaps not surprising that South Africa has been less concerned about poverty among the employed.

But the “triple challenge” of poverty, inequality and unemployment requires that we consider how the labour market is linked with the goal of poverty reduction. In other words, is poverty simply a problem of unemployment in South Africa or are employed people also living below the poverty line? Perhaps just as importantly, is the situation of working South Africans improving with regards to poverty?

Although not often recognised, South Africa has both an unemployment problem and a working poverty problem. That roughly one-fifth of South African workers are poor and that half of all poor South Africans live with at least one employed person would suggest that the contribution of the labour market to human development is not reaching its potential.

The numbers are shocking
Since 2006, more than one-fifth of South Africa’s total workforce has been living in households that are not able to meet their basic minimum food and non-food requirements. This is according to Statistics South Africa’s official upper-bound poverty line.

This was a slight improvement on the 2004 figures, where about 29% of all workers – formal and informal – were “poor”, according to our calculations from the General Household Surveys.

The bad news is that not much progress has been made since 2006. By 2012, working poverty decreased further to 21% (own calculations), but the decrease was not statistically significant if the survey margin of error is included.

At the same poverty line, about half of all poor South Africans lived with an employed person in 2012. This means that unemployment is the main concern for about half of the poor population while low earnings or the poor quality of work is the concern for the other half.

The impact of social grants
So, why has progress towards reducing working poverty not been sustained since 2006? There are a number of ways to answer this question, but measuring how wages and other income sources have contributed to poverty reduction is probably the most revealing.

Overall levels of poverty decreased considerably in the early to mid-2000s as government expanded the social grant system. The contribution of social grants to poverty reduction can be seen in the steep drop – from 60% to 55% – in poverty rates between 2004 and 2006 (own calculations). Since 2006, poverty rates have continued to decrease but at a slower rate.

If we look more specifically at the relative contribution of grant income to the reduction of working poverty, we find that this relative contribution continued to increase (or at least did not decrease) between 2004 and 2012. This means that wages or earnings played an increasingly smaller role in the reduction of working poverty throughout the 2000s.

Also, in relative terms, the increase in the importance of the contribution of grant income to poverty reduction was actually greater among the working population than for the population as a whole.

Policy implications
From a policy perspective, there are a number of implications associated with these findings. In terms of labour market policy specifically, studies of working poverty often contribute, at least tangentially, to debates on labour market flexibility.

While the research discussed here cannot contribute to this debate directly, it is worth noting that working poverty in South Africa has persisted over a period which saw:

The persistence of working poverty and unemployment amid the interplay of these potential drivers and mediators of low earnings perhaps offers more questions than answers as to the sclerotic nature of South Africa’s labour market. The key question is where the responsibility lies for the roughly one-fifth of the country’s workforce that resides in poor households.

While we can debate the definition of poverty and the way in which we choose poverty lines, we must be clear that no-one should live below, or even near, any of South Africa’s official national poverty lines.

This article first appeared on The Conversation.