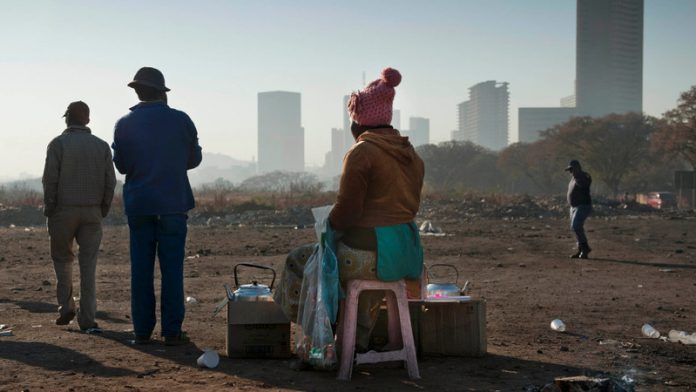 South Africa has more formally banked women than men, a unique picture in Africa. The numbers are worth celebrating. The 2014 FinScope Survey, which tracks levels of financial inclusion in a country, shows that 79% of women are banked versus 70% of men.

This represents a huge jump in just 10 years, considering that only 46% of adults had access to formal banking services in 2004.

Contrast this with Nigeria, Africa’s largest economy, where a mere 29.4% of women are banked and 43% are excluded from the formal financial system, to appreciate the magnitude of how far South Africa has come in creating a financial system that tries to serve everyone.

Having a formal financial identity is an important first step in participating in a modern economy, which is why financial inclusion matters. Being able to get access to and use quality and affordable financial services plays a role in reducing poverty and inequality.

The result is that more women now have access to a host of other financial services such as credit, insurance, savings products, education policies, provident funds and the technology platforms provided by mobile or internet banking to improve their economic choices and opportunities.

This good news, however, must be weighed against several worrying trends that have emerged regarding women’s economic status as a whole to assess whether women’s economic conditions are improving.

Drivers of access
In recent years, one of the main drivers of financial access is the payment of social grants by electronic means. Many more women are using formal banking services to receive these payments. The South African Social Security Agency issues these cards, which is a blessing for millions of people who no longer have to queue for hours to receive their monthly payments.

But, as the FinScope Survey notes, the increase in social grant payments to women may be masking a more serious problem about growing unemployment levels among women.

Another worrying trend is that women are experiencing higher levels of indebtedness than men, which is partly related to the tremendous growth in unsecured lending.

Let’s consider the evidence. A retrospective look at the department of labour’s employment statistics shows women were the largest beneficiaries of higher employment growth or net new jobs created between 1995 and 2005, during which time “female employment increased by 41%, almost double the 22% increase in male employment”.

In consequence, as the rate of women’s participation in the labour force increased, their unemployment levels decreased; they entered new fields such as construction and financial services in greater numbers.

Declining employment
Today that picture has changed in several respects. Statistics South Africa notes that women’s employment levels are declining overall, with 34.6% of women employed in 2011 compared to 38.1% in 2001.

The biggest losers are black African women. From 2008 to 2014, women between the ages of 15 and 34 have seen their unemployment levels worsen, more than among young men.

Gender disparities in the earnings of employed women and men continue to be pronounced, and men are far more likely to be decision-makers in their workplace, which is reinforced by the small numbers of women in managerial positions.

Women’s vulnerability to poverty is a worrying feature of the South African economic and social landscape that belies the gains they are supposed to have made in the 20 years since the dawn of democracy.

A look at women’s entrepreneurship levels is useful to see how women fare in business and how they are accessing finance and other services as business owners.

Gender disaggregated data on women’s business activities is generally hard to come, but by piecing together data from various sources to understand the profile of female entrepreneurs in South Africa, the following conclusions emerge: female-owned businesses are concentrated at the survivalist level and are driven by necessity rather than opportunity; women business owners are less educated than their male counterparts and create fewer jobs; and women business owners rely on informal sources of financing for their businesses and are more likely to be financially excluded than their male counterparts.

In short, having financial access as consumers doesn’t translate into financial access in business. These realities are critical to understanding how to stimulate entrepreneurial activity among women.

While South Africa has much to celebrate in 20 years of reducing gender inequalities and creating avenues for more women to access formal financial services, this process can sometimes be a double-edged sword where risks must be managed against benefits.

Financial education
Financial education would help consumers understand how to access credit, for example, without falling into a debt trap. Mobile banking would also happen faster if women were trained in how to use technology to maximise its benefits.

For women entrepreneurs, the need to help women formalise their businesses is vital in attracting capital necessary for these businesses to grow. Bespoke business training would also help them to graduate from running micro-enterprises to more sustainable growth-orientated businesses, coupled with training in how to raise capital.

In the long run, the biggest buffer against growing poverty and inequality is an economy that is creating jobs, rather than shedding them, and one that offers women opportunities that allow them to exercise and realise their economic potential.