Nation must vent its rage against the rot in our parastatals 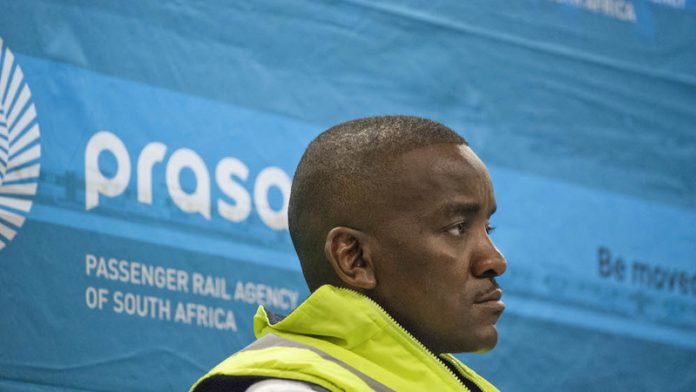 Have we become a nation of bumbling fools or one overtaken by naked greed? Are we shamed by the procession of truly breathtaking bad stories pertaining to public life in our country?

How do you make an unqualified “engineer” the head of engineering at the Passenger Rail Agency of South Africa (Prasa)? How do you put the highly technical aspects of a multibillion-rand entity, such as Prasa, in the hands of an individual who is not qualified for the job?

Should we really believe that the hierarchy at Prasa did not know that Daniel Mtimkulu did not have the engineering qualifications he claimed to have? Did he con them, or is this another manifestation of the corruption now eating away at the fabric of our society?

Making someone head of engineering at a large entity such as Prasa is a big deal. One would have thought that any individual appointed to that position would be thoroughly scrutinised, confirming his experience, qualifications and registration with the Engineering Council of South Africa.

If Mtimkulu’s qualifications and registration with the engineering professional body were not checked by the leadership at Prasa, then it is probably a boob of gigantic proportions. But many of us believe it is another manifestation of the scourge of corruption that characterises our society at present.

And considering the role Prasa plays in the country, this is frightening. Through Metrorail and Shosholoza Meyl, Prasa ferries millions of people across South Africa every month. How do you put their lives in the hands of an unqualified engineer? Are the frequent rail passenger crashes we have seen recently at least partly the result of more “Daniels” fiddling in the system? Is the Spanish R3.5?billion locomotive debacle, where wrong specifications were given, yet another consequence of bumbling by the likes of Mtimkulu at Prasa? How many Daniels are there in that institution, anyway?

The disconcerting thing is that the Mtimkulu episode is not isolated. It should be looked at in the context of what is happening in our state-owned enterprises. Prasa and Transnet are the latest to be hit by scandals and whiffs of malfeasance. The entire spectrum of parastatals is a sorry spectacle of sleaze, malfunction and underperformance, giving credence to those who assert that these entities are a lucrative site for looting on a grand scale.

Cast your eye in the direction of the SABC, the South African Post Office, SAA, Eskom and others and you just want to look away. It is not that among all the 53-million South Africans there is not sufficient knowledge, expertise and talent to run these enterprises effectively for the benefit of the entire nation. It is the case that most are appointed for reasons other than competence and ability.

Well-directed and well-managed state-owned enterprises can be a powerful weapon in the hands of the state to intervene positively in the economy, especially in times of hardship. With our high levels of poverty and inequality and our huge skills deficits, for instance, we could be using professionally run parastatals to give a lot of our youngsters a leg up. They could be trained and given skills that would enable them to grow the economy and reduce poverty.

There are those in our midst who, with noble intentions, are calling for the nationalisation of banks and mines with the intention of building a fairer and more equal society. What would happen to those nationalised mines and banks? Would they be used for those good intentions or would they also be run into the ground by looting and rampant corruption?

The question is: Are we sufficiently outraged by what is happening to our collective property? The post office, Prasa, Eskom and so on belong to all of us. Are we just going to stand by and watch as they are destroyed one by one?

It seems things have reached a point where some South Africans just shrug their shoulders and carry on with their lives. They have long gone beyond the point of shock and outrage. And yet that’s a dangerous state to be in. Those who are involved in these shenanigans have nothing to fear if the nation simply looks the other way instead of taking action against wrongdoing.

Are we not, as a nation, ashamed of the fact that we have been talking about Nkandla for years, yet we still don’t know where state resources went? Can’t our state, which spent the R246-million, simply check how many bags of cement, how many bricks, were bought and at what price, and tell us how the money was spent? What do we say of a state that cannot perform this simple task? Or are these manoeuvres meant to wear us down and conceal the truth?