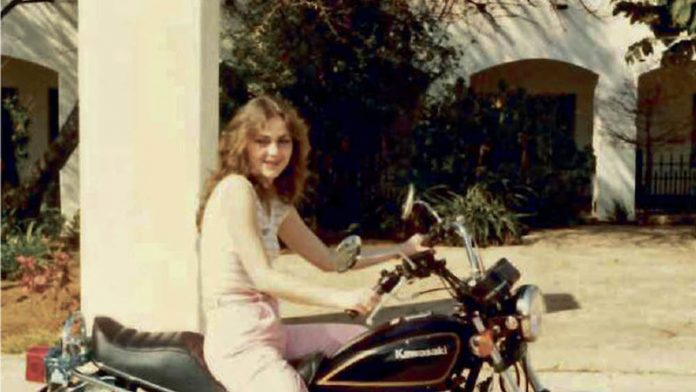 Reading Phillip de Wet’s description of my book, Agent 407, in the Mail & Guardian brought to mind a grubby little schoolboy poring over a DH Lawrence novel looking for the dirty bits.

Fortunately, I was prepared for the shabby, sexist journalism in the article by the front page, which carried a photograph of me and the headline The apartheid spy who shagged almost everybody in a juvenile and disgusting parody of the James Bond book and film The Spy Who Loved Me.

The headline, presented as fact, is untrue, sexist and calculated to vilify me, and the headline Scant sauce in ‘honeypot’ memoir is also inaccurate: it is not a “honeypot” memoir. The only truth in that is there is indeed “scant sauce”.

In the week that the people of South Africa celebrated Women’s Day, it raises the question of how far the country has come in changing attitudes to women if the newspaper that likes to think of itself as a supporter of fairness, freedom and liberation could stoop so low.

The writer’s apparent disappointment at the paucity of sexual indiscretions is somehow contorted into criticism of the book. He repeatedly implies that Agent 407 is a “kiss-and-tell”, which it isn’t, and that I was a “honeypot”, which I wasn’t. So what is his evidence for portraying me as some sort of sexual predator? An almost 30-year-old story put out by people who felt betrayed by me at university who may, or may not, have produced a badge saying they hadn’t slept with me. A badge of honour? I think not.

It was a discredit to whoever dreamed up that little slur then and is to the discredit of the M&G for choosing to repeat it now.

Just like the schoolboy aching for satisfaction from Lady Chatterley’s Lover, your reporter seems to have skipped through pages in his furtive search for the “good bits”. Anybody who has actually read the book will certainly know there is no attempt by me, or the publishers, to sell it as a sexed-up Jane Bond spy drama.

Writing the book was painful. I make it clear that I let down people for whom I felt real affection. Yes, betrayed them. Naivety and a young woman’s desire for travel and excitement set me on the wrong road.

But, in the end, my road to hell was paved with good intentions. My defection to the ANC was genuine and for several months I was able to provide useful information to the ANC as a double agent. Sadly, and I believe wastefully, some doubters within the ANC took matters into their own hands and I was imprisoned in Quatro.

I have tried my best in my book, Agent 407, to describe my story truthfully and I believe readers will find that I do not gloss over my actions, and accept that I deserve criticism for the part I played in the service of the apartheid state.

I am proud, however, that I defected to the ANC, and I have the highest regard for the ANC comrades with whom I had the privilege to work.

De Wet, and whoever constructed the front-page headline, clearly had an agenda. Their preconceived notion about the book completely misrepresents the content. The front page and the article inside the paper, in my opinion, clearly breach the South African Press Council code and I have made a complaint to that body. The M&G‘s own code of editorial ethics uses the words “fairness”, “accuracy”, “facts” … perhaps some of the staff should be reminded.

The media in South Africa played a significant part in defeating the unjust and cruel apartheid system and continue to confront injustice.

I would have expected the M&G, as a flag-bearer of the liberal left, by now to have the fair and equal treatment of women at the core of its editorial principles.

I am, however, grateful to the newspaper’s editor, a woman, for giving me the opportunity to express my feelings about the content of that edition. I cannot, indeed will not, complain about fair criticism of things I have done or failed to do. But in the South Africa I love I would hope not to be condemned for being a woman, be the subject of false sexual slurs, or be judged differently from a man.

Journalist gives EFF one week to prove apartheid spy claims, or pay up