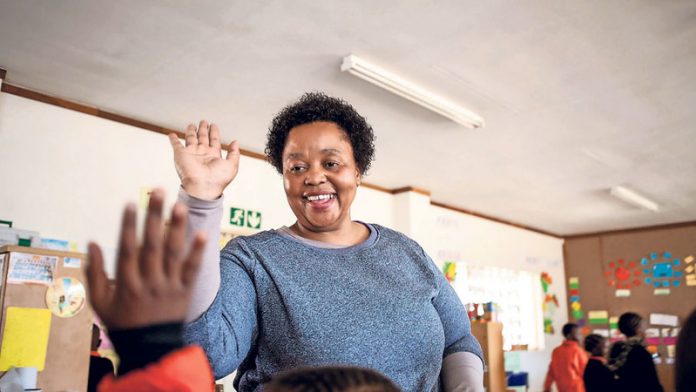 About half of the country’s grade R teachers are unqualified or underqualified — some without even a matric — mainly because the department of basic education has allowed them to be employed and because of a perception that teaching five-year-olds is easy.

According to the shocking revelations of an audit done by the department and released last week, more than 12?000 grade R teachers need to attain the required diploma in grade R teaching or need to upgrade their qualifications.

“People think it’s about taking care of pupils from morning until afternoon, but we are not nannies,” Mbavhi Moshwane, a grade R teacher at Funda UJabule School, said on Wednesday.

She has a certificate in early childhood education, 18 years’ experience, and is studying for a bachelor of education.

“It’s very frustrating … I think a lot of those teachers the department is talking about maybe have a matric but maybe not even a matric.”

Early this month, the department said in a statement that a 2014 audit found that there were “12 336 grade R teachers who were in need of qualification upgrading”.

But it appears the department has been employing even those without matric certificates. The statement said the department was “assisting all provinces to ensure teachers complete NQF Level 4”.

Mhlanga said that, since 2000, the department had not focused on qualifications but had “pushed for all kids to come to school”.

“In 2002, there were 300 000 kids in early childhood development centres. Now the number is 800?000-plus, which means the demand far exceeds teacher supply … Now, as you know, we are focusing on quality of teachers, hence these matters come into sharp focus.”

The M&G spent time with Moshwane at the Soweto school observing her work. The school is affiliated to the University of Johannesburg (UJ) and is used to train student teachers.

Benefits of getting a Grade R education
Moshwane is angry about how “society doesn’t take grade R seriously” although research shows that pupils who get a good grade R education are much more successful academically and even socially.

“If you came in here now, you would probably just keep them entertained or occupied,” she said. “I would teach them in a way that makes them think they are playing. That is a complex thing to do.”

When the M&G arrived at her class, her pupils were acting out TV adverts and news broadcasts. “Malema is angry because Cyril Ramaphosa has not paid back the money to the EFF [Economic Freedom Fighters],” said one five-year-old pupil in isiZulu, who was standing in a pretend TV studio made of a square hole cut out of a blue-painted piece of clapboard.

Pupils were asked to role play weather forecasts, a scene from the hit TV soap Generations, and pretend they were journalists interviewing someone. They laughed with their peers, and asked Moshwane questions.

The week’s theme for learning in the school’s two grade R classes was “communication”.

Later, the pupils gathered into groups and came up with ideas for their own companies, a company name, a slogan, a poster, with pictures cut out from newspapers of products they would sell, and presented their ideas to the class.

Making learning fun
“You see this phone?” Moshwane said, pointing to a broken landline phone on a table. “I don’t come in here and say ‘this is a phone and you use it to make phone calls’ — uh-uh.” Instead, she asked a pupil to make the sound of a ringing phone, and then she pretended to answer it, which made them laugh. The prop became a way of talking about the kinds of conversations and work one could do using a phone.

Grade R teachers have to know everything other foundation phase teachers need to know, and more, according to Elizabeth Henning, the director of the Centre for Education Practice Research at UJ.

“They have to know about early childhood development … and especially that difficult time between four and six years old when children learn to learn though symbols of language and others such as the Arabic system of number symbols.

“They have to know about all the social and psychological things that make children tick during this liminal phase. They have to be on the look-out for kids who have specific language impairments, hearing problems, vision problems, behavioural problems.”

Another grade R teacher at the school, Gloria Mollo, let her pupils take a break from cleaning up their cut-up bits of newspaper to crowd around and hug her.

“Young children are fragile and sensitive, and you have to always remember that you are developing them, not teaching them.” Some pupils broke away to dance around and continue cleaning up. “It’s also not right to think that a teacher from a higher grade can just come in here and start teaching these kids. They might come in here and bombard them with information, cloud their heads, and demand they behave in a certain way because they are used to the formal way  of teaching.”

Funda UJabule’s principal, Rebecca Maboya, thinks the minimum requirement for these teachers should be higher. “They should all aim for a degree, actually,” she said.

“Teachers need to be informed about the world. Teaching through structured play is very complex.”

The department said in its statement that 4?000 grade R teachers had been selected to get support to complete either a bachelor  of education or diploma in grade R teaching.