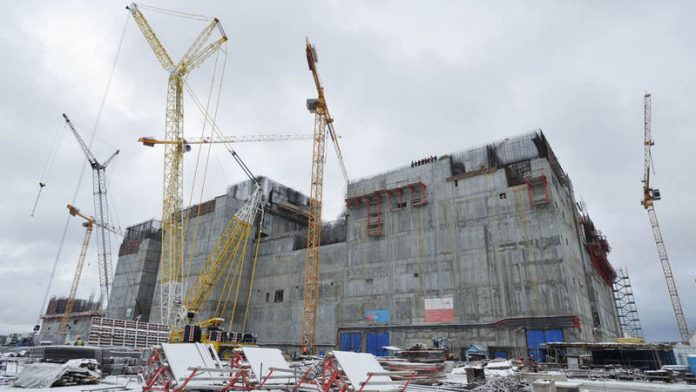 In a document that will be discussed at its policy review conference in October, the ANC said: “Government must also announce publicly that nuclear energy can only be procured in line with the legal prescripts and after a thoroughgoing affordability assessment.”

The document was released on Monday.

During his State of the Nation address in February, President Jacob Zuma said all countries that bid “will be engaged in a fair, transparent and competitive procurement process to select a strategic partner, or partners, to undertake the nuclear build programme”.

But the Mail & Guardian reported earlier this year that in a “top secret” presentation, the energy department proposed a closed government-to-government procurement of new nuclear power stations instead of a transparent and competitive tender.

The nuclear agreement with Russia, which amaBhungane revealed, states that the government is prepared to give Russia exclusive rights to its nuclear build programme for a minimum of 20 years. During that time, Russia could block South Africa from procuring nuclear technology from any other country.

The Russians would be indemnified from any liability arising from nuclear accidents during the reactors’ lifespan. Russia would be granted a host of regulatory concessions and favourable taxation and other financial treatment. The designated competent authorities are South Africa’s department of energy and Russia’s state-owned Rosatom State Atomic Energy.

With the Russian economy in turmoil and the subsequent high cost of borrowing, the country’s ability to raise the funding for its nuclear ambitions in many countries is being called into question – as is its ability to deliver on time.

For South Africa, it is even more of a mystery how the government will provide the loan guarantees that would be required, given that so many have been extended to ailing parastatals such as Eskom and SAA. The state may have hit its limit.

Regardless of which vendor is chosen, the guarantees and the government’s 50% localisation target for the project appear to be insurmountable obstacles, particularly given the challenges the domestic construction industry faces.

The initial agreement signed between Russia and South Africa last year is far more than a generic agreement, as the government claimed it was. Rather, it lays the groundwork for government-to-government contracting, in terms that heavily favour Russia.

David Unterhalter, a University of Cape Town law professor and constitutional expert, said the agreement appeared to go far beyond the type of general framework document that government officials have declared it to be.

“While it could perhaps be argued that the [introductory] provisions could be understood as forming a general co-operation agreement, when one gets down among the weeds it seems pretty clear that this is not just an agreement to agree.

“There are a number of specific matters dealt with in a way that suggests this agreement is intended to give rise to executable obligations … in other words obligations that appear to be enforceable even if via diplomatic rather than legal channels.” – Bloomberg, M&G staff reporter.