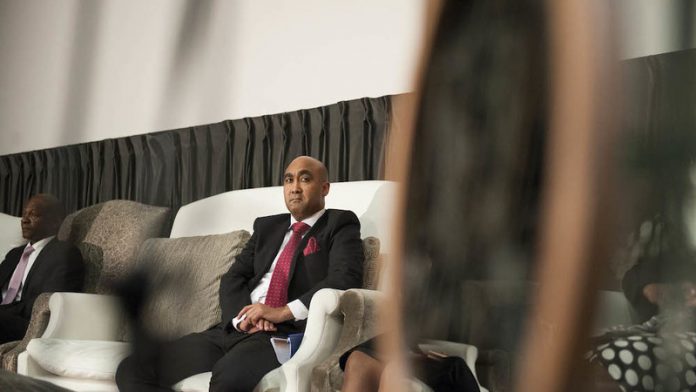 Newly-appointed National Director of Public Prosecutions (NDPP) Shaun Abrahams announced on Tuesday that he had reshuffled the top echelons of the National Prosecuting Authority (NPA).

“You recall that I have stated on numerous occasions that it won’t be business as usual. As such, I’ve sent out an internal communication, communicating that I have reshuffled the leadership of this institution. This reshuffle has been made in line with my vision in taking this institution forward,” Abrahams said at the NPA headquarters in Pretoria.

“It’s an internal matter and I do not intend to address it in the public domain. I implore upon you [media] not to listen to mischief-makers and rumour-mongers. It is specifically why I call these briefings; so that you can hear it directly from me and not from anywhere else. Listening to others will only contribute to speculation and unnecessary instability in our institution and the country,” he said.

Abrahams urged South Africans to “resist the temptation to convict people in the court of public domain”.

“I once again reassure you to my commitment to lead this institution without fear, fear or prejudice and with the utmost due to God, to the Constitution and the rule of law.”

Ululation and clapping echoed in the briefing room from hordes of NPA staff who had joined media as Abrahams read out his statement. There was no opportunity for questions afterwards.

Moments earlier, Abrahams had announced that a decision had been taken to discontinue a case against the deputy director of public prosecutions, Nomgcobo Jiba.

Jiba disbarment application
Despite the NPA’s decision to drop fraud and perjury charges against Jiba, it would have no impact on the application to have her struck from the roll of advocates.

On Tuesday, Bar Council chairperson, Advocate Jeremy Muller SC, said: “The fact that there were or are a variety of other processes in play at the time was as far as the GCB [General Council of the Bar] is concerned is entirely extraneous. The fact that the charges were at the time preferred or that they may have now been withdrawn will not affect the application.”

Muller said the GCB considered the request and then launched the application.

“We did so because we considered the criticisms that had been levelled against them by various judges in judgements in the high court and the SCA [Supreme Court of Appeal].”

He said that even if the NPA decided to withdraw its request, it would have no impact on the application.

Should the High Court rule against Jiba, she can appeal against it.

Muller said that “the application is all done on affidavit. Ordinarily that is all that is before the court, is the paper. There are exceptions to that rule, but for the moment that’s the position in relation to this application as well.”

The application was made in terms of section 7 of the Admission of Advocates Act and if successful, it will see the three NPA staff effectively disqualified from continuing in their posts as by law the incumbents have to hold the right to appear in court as an advocate or attorney.

Muller said that GCB was expected to soon hand in its replying affidavit and a date for arguing the application in the Pretoria High Court should soon be set.

‘Arbitrary’ decision by Jiba
Jiba was set to go on trial today (Wednesday) on charges, which related to her decision to prosecute Booysen, head of the Hawks in KwaZulu-Natal, on racketeering charges.

In February last year, Durban High Court judge Trevor Gorven threw out the charges against Booysen, who was suspended at the time. The judge went on to describe Jiba’s decision to charge Booysen as “arbitrary, [and] offend the principle of legality and, therefore, the rule of law and were unconstitutional”.

In his judgment, Gorven agreed with Booysen’s assertion that Jiba had lied about having certain statements before her when she decided to prosecute, and could therefore not have used them to make her decision.

Booysen had been accused of running a criminal enterprise consisting of members of the former Cato Manor Organised Crime Unit that he headed up.

The Democratic Alliance then threatened to haul Abrahams before Parliament’s Portfolio Committee on Justice and Correctional Services if charges against Jiba were dropped. – ANA