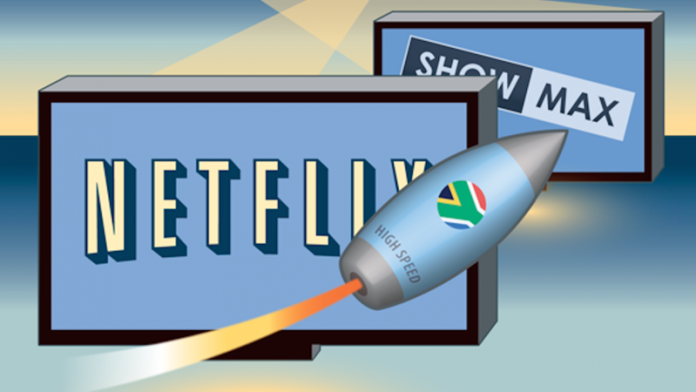 ShowMax is the latest local response to the steady increase in people who live-stream television or movies to smart devices via the internet, joining similar services such as Times Media’s Vidi and MTN’s FrontRow.

Internationally, platforms such as Netflix, which has 62-million members, as well as the likes of Hulu and Amazon Instant Video, are rapidly changing the way television and movies are consumed.

ShowMax is aimed at affluent consumers with access to quality high-speed internet connectivity. It’s an ill-kept secret, however, that a large part of this market already accesses the likes of Netflix and other video-on-demand offerings using technology such as a virtual private network (VPN), allowing them to subscribe to these international services from South Africa.

In many cases, the content is paid for by users and is therefore distinguishable from digital piracy, where consumers download illegal copies of television series or movies over the internet. Nevertheless, the legality of these methods is still subject to debate, according to a legal expert.

A Mail & Guardian reader said he is one such consumer. A professional with good internet connectivity at home, he pays roughly R100 month for his VPN service and R100 a month to subscribe to Netflix, depending on the rand-dollar exchange rate.

His VPN gives him access to United States and British Netflix content, and he also accesses other sites such as Hulu and Amazon Video when he wants to. Whether ShowMax’s offering could entice him depends very much on what content it will have and its price, he told the M&G.

Price and content
Similarly, when Netflix comes to South Africa, slated for next year, the price and content mix will determine whether he signs up. “Again, [it] depends on price and availability,” he said. “It will probably be cheaper, but the local Netflix may not have all the shows and movies that are available overseas.”

Other M&G readers on social media shared concerns about the price, content and data implications of any new streaming service.

Nstoaki Phali said: “I was on MTN FrontRow but couldn’t stand the data cost. Vidi was worse: one movie went through three [gigabytes] of data. Not worried about the content but the cost.”

Asked how ShowMax would woo the existing market of video-on-demand consumers, John Kotsaftis, the general manager of ShowMax South Africa, said: “There are a lot of shows on our platform that those services won’t have,” including an extensive library of local content. At R99 a month to subscribe, the pricing is also competitive, he said.

Although reluctant to provide details of ShowMax’s strategy or targets, Kotsaftis said “this is a long-play” venture intended to respond to the increasing penetration of broadband internet in South Africa.

But the business has to “grow with the market”, requiring patience and commitment, he added.

Shake-up not expected
What the emergence of ShowMax will mean for Naspers’s pay-television business, MultiChoice’s DStv, and how it will affect its subscriber base remains to be seen, although analysts do not believe there will be a major shake-up.

Kotsaftis hinted that it will overlap with the premium subscribers or the “upper part of that base” who already have the “right kind of connectivity”.

It is unlikely that ShowMax will cannibalise DStv, said JP Morgan analyst Ziyad Joosub. Internationally, internet-protocol television has typically been an “incremental product or an additional spend by upper-end consumers”, he said.

Most of DStv’s revenue is generated by premium and digital personal video recorder product subscribers, he said. “Effectively, those are the kinds of households that will still keep their DStv subscription and still keep a PVR product, as well as build on new streams. This is definitely not a deal-breaker, especially at R99 a month.”

The company has the advantage of a locked-in subscriber base with a relatively low churn rate, particularly among premium customers, he argued, and will use this to protect its home turf against players like Netflix.

In addition, ShowMax will not carry live sport like DStv does, which “cannot be replicated on a streaming service”, noted Joosub.

Are you a streaming cybercriminal?

Even the arrival of a local version of streaming heavyweight Netflix may not be enough to stop consumers using technology that allows them to access the international versions of these platforms, says Nicholas Hall, an associate at law firm Michalsons.

“In a lot of jurisdictions where Netflix is available, consumers are still using [virtual private networks] and other methods to get access to the service’s United States content because the regional offering is not deemed as good by viewers,” Hall said.

But using technology to get around Netflix’s geo-blocking is not legal, he said. Geo-blocking is used to restrict the content a user can access based on their geographical location. Bypassing geo-blocking breaches Netflix’s terms of service, he said. It is also potentially a criminal offence under the Electronic Communications and Transactions Act. The Act lists a number of cybercrimes, including bypassing security measures meant to protect information. Using software to divert geo-blocking, which is arguably a security measure, could be viewed as a civil crime, Hall said. This has not been tested in South Africa’s courts, however.

Although many South Africans pay Netflix for the content, this can still be deemed copyright infringement, argued Hall. He said when a studio licences content to the likes of Netflix, part of the agreement covers the regions in which the material can be released.

Consuming such material in another region without authorisation from the licence-holder may infringe on copyright. – Lynley Donnelly