Meyer has a chance to transform 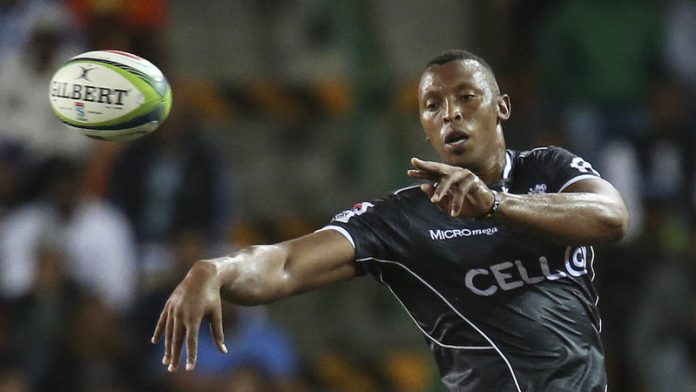 Heyneke Meyer has one week left to finish his horse-trading. Next Friday, the Springbok coach will announce the 31 players who will represent South Africa at the 2015 World Cup.

It is now that his wish to be as inclusive as possible will return to haunt him. In not wanting to alienate anyone, he has too many names to choose from.

He also has a problem unique among World Cup coaches; the need to transform. It is this that will test the coach most and he just has to grasp the nettle. Simply put, he has to select more black players than hitherto. That means leaving out some white players who may have thought their seats on the plane were booked. The mathematics of the situation demands that the coach be ruthless.

It helps to be clear what is needed. In 2011, Meyer’s predecessor, Peter de Villiers, also took 31 to a World Cup, with a split of 16 forwards and 15 backs. Jake White was allowed 30 at the 2007 edition and his split was 16/14. A month ago, Meyer took 31 to Brisbane for a Rugby Championship match. His split was 17/14, but rather bizarrely, the 17 forwards included six props. That won’t be repeated.

Meyer has an advantage over some – he has a clutch of players who can play more than one position. Among the backs, Pat Lambie, Lionel Mapoe, JP Pietersen, Jesse Kriel, Willie le Roux and Handré Pollard have all played at least two positions in senior rugby this year. In the forwards, Trevor Nyakane and Marcel van der Merwe can play both tighthead and loosehead prop, while Oupa Mohojé and Willem Alberts can play lock or flank.

So far, so rugby logical, but now we need to stir transformation into the mix. The frequently stated mantra is that transformation occurs when two players of similar ability are differentiated by race. It may seem churlish to point it out, but during Meyer’s time in charge he has tended to back the white player. That needs to change before next Friday.

Time to say goodbye
To deal with specifics, then. Three hookers are needed in the 31. Bismarck du Plessis and Adriaan Strauss pick themselves, but the time has come to say goodbye to the loyal and able Schalk Brits. His place must go to Scarra Ntubeni of the Stormers, a fine player who has youth and colour on his side and is tipped as a future provincial captain.

Three flyhalves are needed. Lambie and Pollard are certainties and they must be joined by Elton Jantjies. Morné Steyn has much to recommend him, including more flyhalf caps than any other Springbok, but right now it would be wrong to pick him.

Perhaps the most contentious issue is at lock. Meyer has spent so much time and energy prolonging the career of Victor Matfield that his selection seems assured. But what if it weren’t? What if it were acknowledged that Matfield is no longer the player he was, that he should not be in South Africa’s first-choice 23, and that youth and colour need promotion?

Step forward Lubabalo “Giant” Mtyanda. The Pumas’ lock played Super Rugby for the Sharks this year and he is good enough to be tried at the next level. Clearly he will never be as good as Matfield in his prime, but that’s not the point. At this moment, Mtyanda should be selected.

No sacred cows
If Meyer can apply such a ruthless approach to the whole squad, it will ease the political pressure and, paradoxically perhaps, increase the chances of success at the World Cup. There should be no sacred cows and that should be as true of Jean de Villiers and Fourie du Preez as of Matfield, all of whom are under injury clouds.

It cannot be argued that results may suffer, for Meyer’s first-choice troops lost all three of their Rugby Championship Tests this year, two of them at home, and one to Argentina, for the first time in history.

With that in mind, is there really a place in the squad for Pietersen? A World Cup winner in 2007, Meyer has waited in vain for the Japan-based Pietersen to find his form. It has not happened and the mustard-keen Cornal Hendricks should travel in his stead. Equally, Alberts has spent too long in rehab for the past two years and his place should go to Siya Kolisi.

There is still space for the gambler’s spin of the wheel, however. In a squad of 31, it should be possible to accommodate a player not fully fit at the time of selection. Duane Vermeulen falls into the category of being better than anyone else if 75% fit, and space should be made for him.

Other than that, however, it should be possible for the coach to have his cake and eat it and, if he is properly ruthless, he should be able to select a squad with at least 13 players of colour in it. That would be three short of the 50% target that has been promulgated for Rugby World Cup 2019. Not perfect, but a vast improvement on what we have seen so far this season.