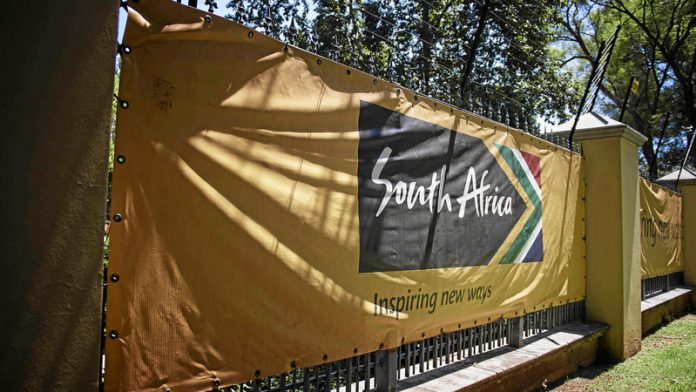 South African citizens are their country’s worst enemy when it comes to damaging its reputation around the world, says the man tasked with polishing South Africa’s image.

“We are our own enemies in damaging the brand,” the newly appointed chief executive of Brand SA, Kingsley Makhubela, told the Mail & Guardian in an interview this week. “We are very quick to talk about the negatives instead of highlighting the positives. The change I need to bring here is that we should refuse to be defined by the negative things.”

This is Makhubela’s challenge for the next five years of his term of office. He did add that he was not advocating for restraining anyone who raises problems, but that “talking about problems should also include coming with solutions. I’m not going to say, ‘let’s sweep things under the carpet’. The problem is that we spend a lot of time on the negatives.”

Despite South Africa’s economic struggles that saw the rand weakening, electricity shortages, the struggling mining industry that’s likely to shed thousands of jobs and the high unemployment rate, Makhubela is optimistic that his team will hold its own in selling the country.

“Some of the issues are a global phenomenon. The Australian dollar has, during the same period that the rand is struggling, lost 30% of its US$ value. The yuan has been devalued. As South Africa how do we mitigate against this? We must strengthen our global competitiveness.”

A former ambassador to Portugal (1996-2001) and high commissioner to Kenya (2001-2005), Makhubela said his previous jobs prepared him for the task at hand at Brand SA. “You tell the story of the strength of South Africa and attract people to invest,” he said.

Credibility
“Our responsibility is to deal with the credibility of the country … politically, economically and socially. “The brand must be able to survive on its own. We have to serve as the first pair of eyes to the state to say ‘things like this enhance or damage the brand’,” he said.

Finding the balance between the good and the bad helped him remain positive about the country, Makhubela said. “Are the majority of South Africans contributing in the negativity that is happening? No. A lot of us are law-abiding, hardworking [citizens] and want to earn a living in a legal way. We must refuse to be defined by what a few bad apples do,” said Makhubela.

In his engagement with foreign colleagues and business people Makhubela said the most asked question was about South Africa’s high levels of crime. “That’s the biggest problem. Kingsley Makhubela gets mugged and the first thing I do is call the M&G and it becomes a big story.” He does acknowledge that the “gruesome nature of crime” in the country was a cause for concern. “Once someone robs you of a cellphone, why do they shoot you?”

Makhubela said he was still consulting widely to learn how the Brand SA office functions regarding administration and strategy implementation so that he would know where to contribute. A report by the national communications task team to Communications Minister Faith Muthambi has recommended that Brand SA’s board be reduced to nine members from the current 28. Makhubela, who only took his new post two weeks ago, said he is yet to see or get a briefing on the recommendations.

Brand SA wants its bucks back