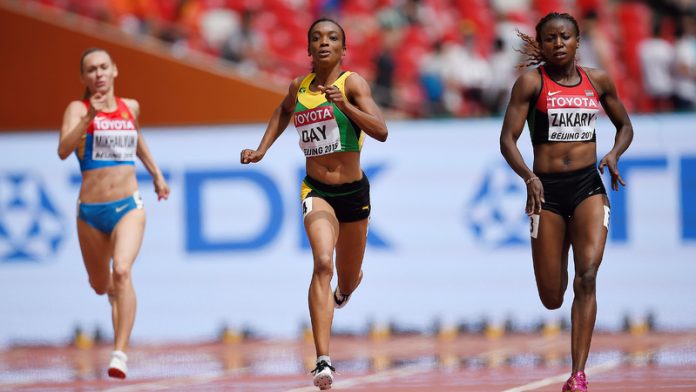 Koki Manunga and Joyce Zakary “have accepted provisional suspensions following positive samples provided in Beijing on the 20th and 21st of August respectively”, according to the International Association of Athletics Federations (IAAF).

It’s the latest doping revelation to hit the athletics world, which has been rocked by revelations that a third of medals in world and Olympic events between 2001 and 2012 were won by athletes who registered dubious blood test results.

Track and field’s world governing body said the Kenyan pair had been tested at the athletes’ hotel before their competition started as part of “targeted tests”.

Zakary clocked a national record of 50.71 seconds in Monday’s first round of the women’s 400m at the Bird’s Nest stadium, but did not start the semifinal on Tuesday for which she had qualified.

African silver medallist Manunga failed to make it out of her first round of the 400m hurdles on Sunday, finishing 35th out of 37 competing athletes in 58.96 seconds.

Kenya was rocked this year when marathon star Rita Jeptoo was banned for two years after being caught doping with the banned blood-boosting hormone EPO.

Jeptoo is the biggest name in Kenyan sports ever to have been caught and the bust has been a major trauma for a country that idolises its medal-winning and record-breaking runners.

Top Kenyan athletes earlier this month called on the IAAF and the world’s anti-doping body WADA to take action over reports of widespread doping.

Leaked results cited by German broadcaster ARD and the Sunday Times claimed that more than 800 athletes, including 18 Kenyans, had “suspicious blood test results” between 2001 and 2012.

ARD alleged doping was ongoing in Kenya and claimed there was “massive corruption” within the Kenyan set-up and “a desire to cover-up doping … to the summit of the Kenyan athletics federation”.

Athletics Kenya, the nation’s governing body, said it had “watched with grave concern the German TV ARD documentary”, calling the broadcast, which coincided with the national trials for the world championships in Beijing, “extremely suspect and ill motivated”. – AFP