‘So white you’ve got to wear shades’ 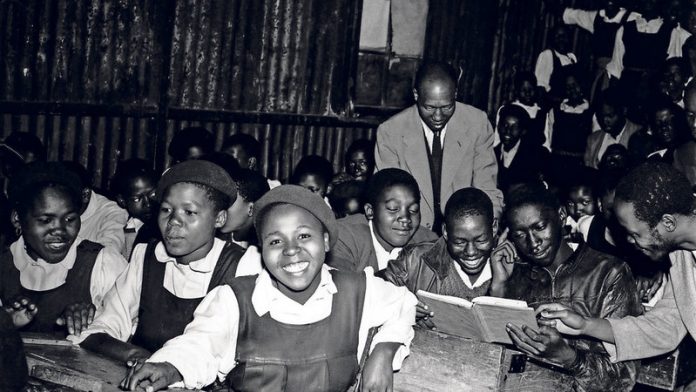 George Hull Philosophy’s principal charm lies in its ability to do so much with so little.

This seduced me as an undergraduate, when I read WVO Quine’s argument for the startling claim that the meanings of words are, in principle, just as revisable as theoretical propositions in the face of empirical evidence.

In 1951 Quine’s argument stood the philosophy of language on its head. Yet it did so using no technical methodology to speak of: only the same techniques of counterexample and contradiction-spotting we use to deflate friends’ more  sweeping generalisations in everyday life.

Philosophy’s combination of economy and power is addictive. It can breed an impatience — even dismissiveness — when topics are not yet delineated precisely enough for this type of argument to get purchase.

Philosophy third-years the world over make themselves unpopular by pouncing on people for saying “refute” when they mean “rebut”, or by pillorying minor inconsistencies in someone’s first thoughts on an issue of the day.

It would be a great shame if the philosophy third-year who lives on under the skin of every academic philosopher were to make us appear defensive or dismissive in the face of calls for transformation.

As the Canadian philosopher Charles Taylor has noted, philosophy (especially in the “analytic” ­tradition) tends to “neglect questions of articulation”, preferring to construct its arguments using “already  established formulations”.

If we can only resist our professional deformation and take part in articulating transformation’s aims, we will recognise calls for the ­transformation of philosophy as an opportunity to improve  both our ­students’ experience and our discipline.

Though the precise aims of transformation in the academy have yet to be specified to everyone’s satisfaction, there is widespread consensus on three broad goals.

First, the remaining barriers to demographic representivity in ­student and staff bodies must be ­broken down.

Second, where ­university curricula have unfairly excluded ­relevant, high-quality work by ­people from previously ­marginalised groups, or ignored issues of particular importance to South Africa or Africa, they need to be rethought.

Third, proactive steps should be taken where necessary to ensure that members of previously disadvantaged groups do not feel  unwelcome or insufficiently supported in any department of  the university.

To begin with staff and student demographics, it is undeniable that the pool of applicants has been narrowed and distorted by South Africa’s recent history of segregation and racial oppression — particularly by the obscene injustice of “Bantu education”, from which the school system is only beginning to recover.

It would be a miracle if these factors did not have a great impact on who teaches and who studies philosophy in South Africa, even 21 years into democracy. And it is laughable when heads of  philosophy departments are accused of crypto-racism for pointing this out.

Having said that, we are blinkered if we assume that, once these ­factors have been mitigated, the demographics of philosophy departments will become representative of their own accord.

Even in countries that have not (or not recently) been through South Africa’s peculiar evils, philosophy staff bodies and student cohorts — particularly postgraduate — are disproportionately skewed towards the white and male ends of the spectra.  In a recent talk at the University of Cape Town, Jamaican-born philosopher Charles W Mills described philosophy departments in North America and Europe as “so white you need to wear sunglasses”.

Blogs such as beingaphilosopherofcolor and pressure groups such as the Gendered Conference Campaign have grown up from within academic philosophy in the “Global North” to diagnose the causes of, and prescribe remedies for, the often extreme underrepresentation of both women and people of colour in philosophy.

It is cause for pride that graduates of South Africa’s relatively small philosophy departments regularly get accepted on to PhD  programmes in the world’s best universities.

Achieving this requires that we keep in step with curricula overseas to a considerable degree.  But we must equally be aware that North American and European departments, in the course of  soul-searching over their curricula, may well look to departments in the “Global South”, with their social  and historical experiences, for  inspiration.

And here there is certainly space for us to do more to lead the way. Let me back that assertion up with three concrete examples.

First, philosophers in Southern Africa have unique opportunities to explore issues to do with land and justice in their teaching and research — and especially to collaborate with sociologists and others who are doing interesting work in this area.

There is surprisingly little systematic philosophical theorising about how access to land should be structured in a society of equals. This would have relevance in the rest of Africa and well beyond.

Third, anyone who has read academic philosophy knows that it often invokes pre-theoretic ­linguistic “intuitions” in order to delineate concepts and possible views — whether about morality or about the fundamental nature of reality.

Philosophers have been interested in what “the folk” (usually native speakers of European languages) mean by “honesty”, for instance, or when they count one event as having been “caused”  by another.

It should come as no surprise, then, that African indigenous languages are a valuable resource for delineating distinctive ethical and ­metaphysical positions, as a preliminary to critical analysis.

The Ghanaian philosophers Kwame Gyekye and Kwasi Wiredu have shown this very clearly in the case of Akan.  South African philosophy departments thus have a special reason to welcome, and collaborate with, projects within the university designed to foster competence in indigenous local languages, such as isiXhosa, Sesotho and isiZulu. If we have passed up such opportunities in the past, now is the time to make that right.

Pursuing the above suggestions seriously is likely to require new appointments or, at the least, relief from service teaching by philosophy staff of professional ethics courses.

Philosophy’s capacity to do a lot with very little is not boundless.

But material support from universities and faculties that have repeatedly declared their commitment to transformation will surely be forthcoming. If not, the philosopher’s eye for a contradiction will, no doubt, come  in handy.