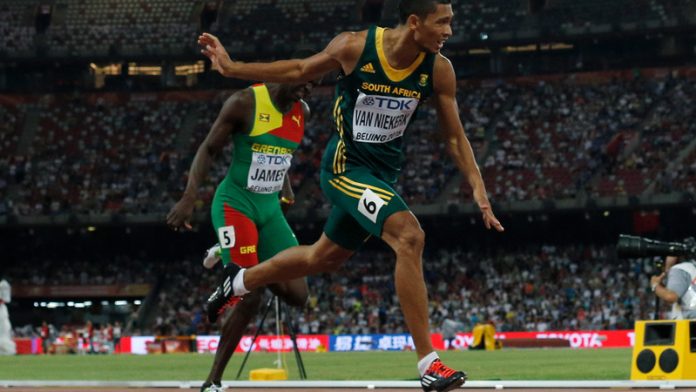 South African Wayde van Niekerk scorched to a remarkable victory in the men’s 400m at the World Championships in Beijing, China, on Wednesday.

Van Niekerk became South Africa’s first world sprint champion as he stormed around the one-lap race in 43.48 seconds, becoming the fourth-fastest athlete in the event and the quickest non-American athlete.

A loaded field saw defending champion Lawshawn Merritt, who won the world title in Berlin in 2009, achieve a personal best of 43.65 seconds for silver.