Bokani Dyer takes on the world 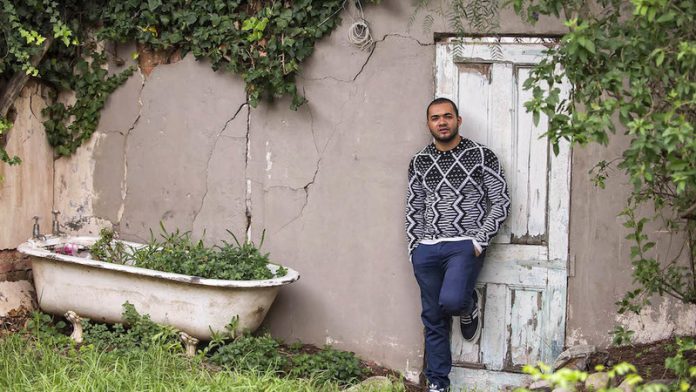 “I hate world music,” Talking Heads frontman David Byrne once confessed. “The term is a catch-all that commonly refers to nonWestern music of any and all sorts, popular music, traditional music and even classical music.”

Under one label, world music huddles together variants of indigenous sounds, from zouk to mbaqanga and semba to flamenco, as if they are all the same thing. It misleads one into thinking it includes music from around the world. It does anything but that, and commonly separates English lyric-laced Western popular genres from The Other.

“Twenty-six kora strings to pluck, two-hundred-and-seventy-three Mande variations, one-trillion, two-billion, seventy-four-million, three-hundred-and-twenty-five-thousand tambourines,” recites Ntone Edjabe, the author and founding editor of Chimurenga, in his poem World Music, in which he lists the countless events, sounds and people placed in this so-called genre.

Speaking briefly about world music encompassing indigenous music, pianist Bokani Dyer says he wanted to claim the controversy. “The idea for my album was to create an open-platform music and to bring to the fore what we have come to think about as world music, which is a very ambiguous description for ethnic musics.”

Putting aside the politics over the term, Dyer says naming his latest album World Music was an attempt to express his appreciation of all types of music, without any discrimination. In doing so, the jazz artist has composed a 12-track album that borrows sounds from rambunctious Afro-Cuban rhythms to the escapist modern jazz beats sweeping across the United States, plus everything in between. (One song is co-composed by vocalist Sakhile Moleshe.)

“There are lots of influences in just one track,” says the once-dreadlocked pianist, who studied at the University of Cape Town and later under the tutelage of the US pianist Jason Moran.

“The opening track came after I was practising a lot of Bach preludes and fugues. If you analyse the music and notes, it’s pretty much – I don’t want to say it’s similar because Bach is such a great figure – but it is in that style. And then it goes into something that is more influenced by someone like [US trumpeter] Ambrose Akinmusire and the stuff that’s happening in New York with those kinds of open harmonies.”

Dyer is speaking about Waiting, Falling, a track that opens World Music smoothly to Justin Bellairs’s alto sax and, seconds later, to the layers of Dyer’s piano, ushering in drums, guitar, vocals and more. Meditative at first, Waiting, Falling breaks into Vuvuzela, a lively track laced with the bold percussions of John Hassan, to bring about local and Caribbean flavours. It’s this calm and crazy that sets Dyer’s third solo album apart.

“Music with no borders was my idea behind the album. It’s an anti-genre record,” he says from his Cape Town base. World Music comes four years after Emancipate the Story. As layered as Edjabe’s poem that lines the inlay of its CD sleeve, World Music is a thick concoction of thought and soulful instrumentation. Bringing together seasoned stars like Hassan, for whom Dyer produces and who the pianist has known for a long time, and young bloods like trumpet-player Robin Fassie-Kock, who took Dyer aback.

“He really surprised me, I only heard about him last year. He has a really special sound and mature approach to music for his age.”

Along with celebrated musicians like bassist Shane Cooper and vocalists Lee-Anne Fortuin and Moleshe, World Music’s density spells a transition for Dyer whose sophomore album, Emancipate the Story, was remarkably sublime and pensive. The tracklist on the 2011 album was well thought out and songs flowed easily into the next. This is not as rebellious as the song order on World Music, which for some might seem reckless and unstructured.

“This is not a concept album,” Dyer says. “The writing process for this album was more similar to my first album, Mirrors, where I had a lot of compositions and I was trying to create a good listening experience. Whereas the writing process for my last album was so different to World Music. I had just won the Standard Bank Young Artist prize for jazz and thought I needed to write an album to go with it. So it was more a writing on assignment project as opposed to creating an organic album such this one.”

Ironically, World Music was also released around the time of this year’s National Arts Festival, which Standard Bank also sponsors, but the pianist says he felt less pressure putting the album out.

Maybe that can be attributed to his growth as a musician – playing around the world, growing older and subsequently becoming more comfortable with his craft.

“This album was the easiest for me. I feel that, as you grow and develop, you care less about certain things and it’s easier to express yourself,” he says, before his next performance – at Jazz in the Cradle at Nirox, with bassist Romy Brauteseth and Marlon Witbooi on drums.

Since taking the Standard Bank prize in 2011, Dyer won the Samro Overseas Scholarship prize in 2013 and opened the London Jazz Festival last year. Besides playing as sideman for musicians such as jazz vocalist Melanie Scholtz, whom he produces for, Dyer is also part of fusion band Soul Housing Project and his own quintet and trio.

With all these influences to draw from, not overlooking that he was born to acclaimed jazzman Steven Dyer, who also performs at Jazz in the Cradle, the Gaborone-born pianist’s soundscape and musicianship are paraded on World Music. And, as he has over the years, his latest music breaks barriers and retains traditional influences in songs like Transit, while he pays tribute to his African and European ancestry and musical heritage throughout the album.

“The music is all there and it’s telling my unique story,” he says. Indeed, it is.

Bokani Dyer performs at Jazz in the Cradle at Nirox Sculpture Park at the Cradle of Humankind on Sunday, August 30. Visit jazzinthecradle.net for more info.