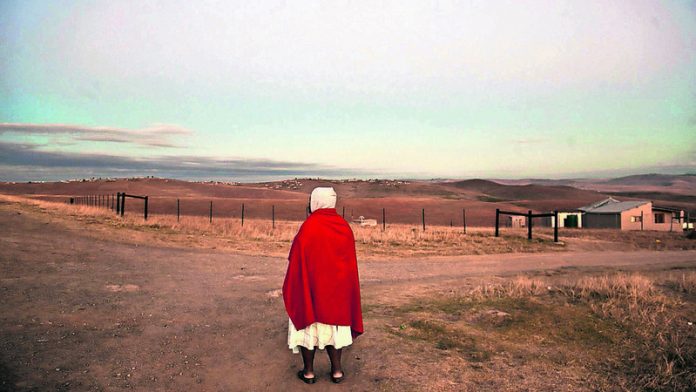 In two very different communities in the former Bantustans, significant victories for the democratisation of traditional communities were achieved in the courts in the past week.

The Constitutional Court ended an eight-year dispute between the people of the Bakgatla ba Kgafela traditional community and their chief, Nyalala Pilane, over the manner in which their platinum-rich land should be held.

In upholding the community’s wishes to register the communal property association they chose, the court emphasised the principles of the Communal Property Associations Act (CPA Act) that require “fair and inclusive decision-making processes that afford members the opportunity to participate in the association’s decision”, equality, democracy and transparency.

As such, the court says, the CPA Act is “a visionary piece of legislation passed to restore the dignity of traditional communities. It also serves the purpose of transforming customary law practices”.

Days before, a full bench of the Eastern Cape High Court rejected an appeal of the Eastern Cape premier against a decision of the high court that found the Cala Reserve community was entitled to elect their own headman in terms of their customary law. In defiance of this custom and the elections held by the community, the chief of the area appointed his own candidate — and was backed up by both the MEC for traditional affairs and the premier in doing so.

Perhaps the most significant similarity between the two cases is the role played by different spheres of government in backing the undemocratic — and ultimately unconstitutional — versions of customary law that both senior traditional leaders sought to impose.

In the case of the Cala Reserve community, their repeated pleas to the premier and the MEC to act upon their allegations that the chief’s candidate, Ndodenkulu Yolelo, was not identified in terms of their customary law, fell on deaf ears.

That is remarkable, given that this community did not even ask for the development of their customary law, but could prove, with the help of historical records, their own practice and, eventually with an expert report by Professor Lungisile Ntsebeza, that their custom for more than 100 years has been to elect their own headman.

In terms of the applicable legislation, a headman is identified by the royal family.

Their discretion is significantly constrained, however, by the qualification that they should identify a candidate “who qualifies in terms of customary law”.

The premier is mandated with investigating allegations that such identification was not done lawfully. That the premier refused to do so in this case may be put down to lazy or ignorant bureaucrats.

The premier’s attitude to the litigation is a different story: faced with a resounding high court judgment by acting deputy judge president Judge Zamani Nhlangulela in favour of the community, the premier insisted on appealing.

The possibility of a community being able to elect their traditional leader was seemingly too ghastly to contemplate.

Scraping for plausible arguments to advance the premier’s mission, his counsel told the court in August that the Transkei Authorities Act extinguished all customary law in the Eastern Cape so that there is none in existence today.

The great irony of that argument is the Transkei legislation, whether purporting to extinguish the customary law or not, provided for consultation with communities on the leaders identified in terms of the Act.

The premier’s argument in the Cala case was that no consultation whatsoever was required in terms of customary or statute law.

As Judge Clive Plasket wrote in his unanimous judgment on behalf of the full bench: “The effect of this argument was that the people of the Transkei region enjoyed greater democratic rights in respect of the identification and appointment of headmen under homeland rule than they do under a democratically elected government.”

In the Bakgatla case, the director general of the department of rural development and land reform had the duty, once the community decided upon a CPA as the appropriate vehicle to own and govern their land, “to do everything permissible to assist the community to accomplish its goal”, writes Justice Chris Jafta for the Constitutional Court.

Instead, the director general bent over backwards to appease the chief who was unhappy with his community’s choice of legal entity. In Jafta words, “the director general did not approach the process of registration in the spirit demanded by the Act [and] adopted a wholly inappropriate response to the community’s legitimate request for registration”.

Rural communities have for some time protested against the attitude of the government to placate traditional leaders to the detriment of rural democracy and community interests.

The uproar over the Traditional Courts Bill comes to mind. As that piece of legislation makes its way back to Parliament, the legislature may take note of the courts’ attitude towards the advancement of rural democracy and the development of customary law.