Mines have a chance to manage water better 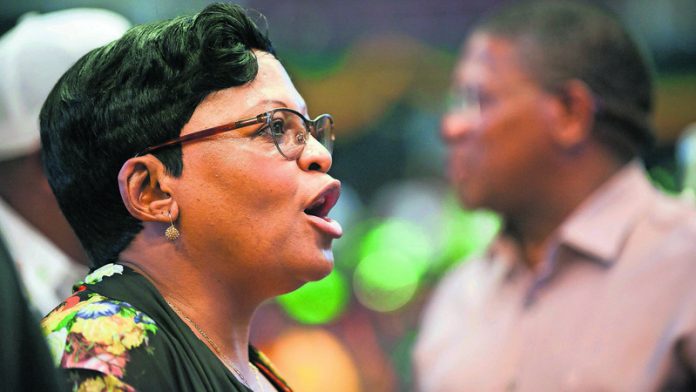 For more than a century, mining has been the backbone of South Africa’s economy. The drive that started in the late 19th century to wrest the country’s fabulous mineral wealth from the ground was a major force behind the establishment of much of its infrastructure: roads, railways, harbours and power stations.

While the sector has slumped in recent decades, mining’s contribution in terms of foreign exchange earnings, employment and economic activity remains significant. According to the Chamber of Mines, its contribution to GDP was 8.3% in 2013. Commodity export sales totalled R279.5-billion in that year, while local sales were R105.4-billion.

The chamber’s latest figures show South Africa is currently the world’s sixth-largest coal exporter, the fifth-biggest supplier of iron ore, and a major supplier of aluminium, chromium, ferro-chromium, silicon and other minerals.

But it is only in the past decade that the dangers of digging ever deeper into this treasure trove have gained wide public attention, despite warnings sounded since the 1960s. And it took the threat of rising acid water in the mines that lie beneath the city built on gold, Johannesburg, to set the alarm bells ringing.

Across South Africa today there are an estimated 6 000 old, abandoned mines, and many of them are ticking environmental time bombs. As both the mining sector and government scrambled to deal with the problem, the term acid mine drainage, or AMD, became better known to the public.

In its 2011 “Coal and Water Futures in South Africa” report, conservation organisation WWF (World Wide Fund for Nature) South Africa describes AMD as “one of the most hazardous threats facing our water resources”.

When water finds its way into abandoned mines, it reacts with sulphide minerals, forming sulphuric acid. As more water enters the mine, the level rises. Unchecked, it will contaminate groundwater and eventually overflow, or decant, into the surrounding environment, threatening communities, agriculture and wildlife.

AMD is not limited to the Witwatersrand gold mines, but also occurs on the country’s coalfields.

Asked to comment on the mining sector’s impact on the country’s water source areas, WWF SA’s freshwater programme head Christine Colvin stressed the need to protect these — her organisation has identified 21 such areas around the country, all vital watersheds crucial to ensuring the country’s water supply — from mining.

“We are at the limits of meeting our water needs, and we cannot lose one more catchment or aquifer to AMD,” she said.

“Headwater catchments, such as the Enkangala grasslands — source of the Vaal, Thukela and Pongola rivers — should not be exposed to new coal mining. South Africa has extensive coal reserves, and we can meet our future fossil fuel needs by planning mining in less vulnerable areas.

“Co-ordinated, strategic planning is needed now to prevent a repeat of the acid mine drainage crisis facing the Witwatersrand.”

“What we see is mining rights being granted in hydrologically important areas, despite the sometimes vehement objections of both water and environment authorities, and despite overwhelming scientific evidence calling for greater protection of these strategic water source areas,” said CER executive director Melissa Fourie.

She also criticised government’s monitoring and enforcement efforts, saying these were “poor [and] sometimes non-existent”.

Mining companies had become adept at using the regulatory weaknesses to avoid spending the necessary funds on protecting water resources from the impacts of mining.

“In mining provinces such as Gauteng, Northwest and Mpumalanga, acid mine water containing sulphates and heavy metals goes largely untreated into rivers, and many poor communities who cannot access or afford municipal water have no choice but to use water from these rivers.

“In Carolina [in Mpumalanga in 2012], we saw acid mine water contaminate the town’s municipal drinking water, leaving the Silobela community without drinking water for weeks.

“In some rural communities, mines use so much ground and surface water that there is nothing left for communities, including for their crops and cattle,” said Fourie.

In a written reply to a parliamentary question, tabled in April this year, Water and Sanitation Minister Nomvula Mokonyane disclosed that since the inception of the National Water Act 17 years ago, only four cases involving mines contravening the legislation had been successfully prosecuted.

In an e-mailed response to questions, water and sanitation department spokesman Sputnik Ratau said the AMD situation on the Witwatersrand had been “turned around” as a result of government intervention.

Currently, the only “notable” AMD going untreated was on the West Rand, where it was overflowing into the Tweelopiespruit, a tributary of Crocodile (West)-Marico river system, but this only happened after heavy rain. “This volume typically ranges from zero to 30 000 cubic metres.”

“Although the partially treated water is not fit for direct use, it is of an acceptable quality for the environment due to natural dilution.” Ratau said he could not put a figure to the total volume of AMD finding its way into river systems around the country.

“The department is in the process of determining the exact volumes of AMD entering our river systems. However, this is mainly [from] diffuse sources, and not the same magnitude as on the Witwatersrand.”

He said the Free State, Mpumalanga, Limpopo and KwaZulu-Natal coalfields had been “identified as areas where large-scale AMD impacts may become prevalent, especially if the current mining operations do not put measures in place to achieve long-term mine water management, especially post mining, that is, after mine closure”.

In a 2013 report titled “An Introduction to South Africa’s Water Source Areas”, WWF SA notes that while less than 1% of the country’s major water source areas were being mined, “70% of the areas in Mpumalanga are under either a prospecting or mining licence, and this is cause for particular concern”.

In an emailed response to questions on AMD, the Chamber of Mines said its members were operating seven water treatment projects at mines in Mpumalanga and Gauteng.

Senior executive Nikisi Lesufi said these plants treated about 207 megalitres a day, a volume equivalent to about 80 Olympic-sized swimming pools.

“Various treatment options and technologies, including active, passive and in-situ treatment technologies have been identified and used in treatment of mine polluted water,” he said.

Government and industry are exploring a partnership to build a desalination plant to remove salts from the partially treated mine water that is being pumped into the Vaal River system.

According to Ratau, the plant should be running by 2021. “It will have a daily … capacity ranging from about 150 to 220 megalitres,” he said.