Tech may save the mining industry 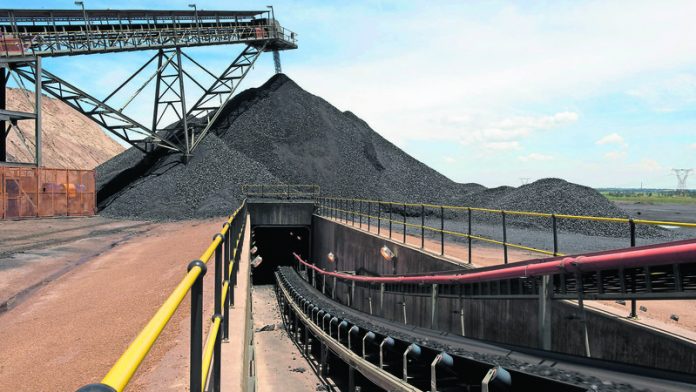 The average South African probably views mining here as a relatively low-tech industry. The perception often seems to be that the industry here is old-fashioned and labour intensive compared to other countries.

Certainly there’s some truth to that: according to mining-technology.com, the Boddington gold mine in Australia produced 724 000oz of metal in 2012 with a workforce of 900. In the same year, the Mponeng mine in Gauteng produced 405 000oz of gold with a headcount of over 5 000.

As an indication of the skillset required to achieve that kind of productivity, a recent investigation by a team from 10 countries for the International Consortium of Investigative Journalists found that while South African mineworkers have the best median salary on the continent — at $5 000 per annum — Australian miners can expect to earn upwards of $60 000 as a starting salary, with healthcare and employment benefits that would rival top chief executives here.

So it’s no surprise that in the current climate of falling commodity prices, exhausted mineral resources and soured labour relations, many are looking to high-tech modernisation as the saviour of South African mines. The latest figures from Stats SA for example, show that gold production in the country has fallen by a massive 87% since 1980. As recently as 2007, the country was the leading gold producer in the world, but is now down to sixth place.

Speaking at the JSE’s PowerHOUR in May, Peter Major, a mining specialist at Cadiz Corporate Solutions, warned that without increasing efficiency South Africa’s gold sector might vanish completely by 2020.

“Gold mining has lost a million people in 30 years,” Major explained, “People say our gold mines are closing because of lower grade ore, but we know better than that. It’s not about grades; it’s about efficiencies and cost. We’re taking out as many ounces of gold per employee now as we were in 1907 when we were using picks and shovels.”

It’s not just gold, either. At Mining Indaba earlier this year, Anglo American Platinum chief executive Chris Griffith spoke at length about the need to modernise.

“On a revenue-to-revenue basis,” Griffith said, “This industry spends 80% less on technology and innovation compared with the petroleum sector, for example. Yet our operating costs are increasing three times faster than consumer inflation rates and are on their way to doubling in less than five years.

“With industry margins being squeezed on all fronts, we simply have to embrace innovation if we want to find more productive, efficient and sustainable ways of extracting value from the minerals we mine.”

For those who want mining to remain the country’s largest employment sector, he issued a strict warning.

“For us at Amplats, that involves moving away from the past, conventional, labour intensive underground mining, with its high demands for people, energy and expensive infrastructure to a modern way of mining.”

There are other issues, said Miyelano Maluleke, macro analyst at Barclays Africa. “There’s also the safety factor as mines get deeper and the risks of sending people underground increase. So mechanisation will be a structural change for South Africa’s traditionally labour-intensive mines.”

As long ago as 2008, heavy machinery manufacturer Caterpillar, Inc was marketing fully autonomous digging and transportation equipment. Its “Command” system has been operation in the US since 2011 and was recently picked up by an Australian mine, and it makes Google’s self-driving cars look positively pedestrian. The 793D Rock Truck, which can shift 240 tonnes of material at a time, is a familiar sight in mines around the world — and there are several dozen that can drive themselves (although they still have an operator in the cab) in daily use.

Ed McCord, general manager of Cat’s truck division, said customers are persuaded by the safety arguments — rather than the efficiencies — of autonomous vehicles underground.

“Zero injuries is the mantra of mining companies,” said McCord. “A switch to autonomous mining equipment will have a tremendous infuence on their achievement of that goal. When you can remove the operator from harm’s way, he is not impacted by any of these concerns.”

The ever-popular buzz-phrase “internet of things” also figures heavily in the future of mining. Firms like Motorola and IBM are already working closely with mining firms here to improve network connectivity above and below ground, to allow for the deployment of remote sensors that can be used to monitor everything from levels of dangerous gases to more general activities such as the movement of minerals around a mine.

Constant real-time monitoring of this kind leads directly to the world of “big data”, where decisions about the most efficient way to plan business processes can be made based on crunching huge amounts of numbers — often with surprising results.

Solution sales professional for Microsoft South Africa Mark Schneeberger said he was asked by one customer in the mining sector to work out why production levels had been lower than expected during the dry season over the last few years. According to Schneeberger, the mine planned for increasing productivity in the winter due to safer working conditions and the ability to stockpile outdoors.

Schneeberger was able to show that the historical weather patterns his customer was basing their rainfall predictions on appeared to have shifted by as much as two months, and recommended planning accordingly. It might have been possible to do that before, he said, but modern business intelligence tools allow for fast cross-referencing of multiple data sets with real-time data to turn up this kind of insight with relative speed.

But despite the perception, many argue that South Africa’s mining industry isn’t actually that old fashioned in the first place.

“The pace of development in the mining industry is not very far from the world standard,” said Dr Ken Mathu, a senior lecturer and specialist in mining supply chain issues at the Gordon Institute of Business Science. “The leading mining houses [here] comprise international mining companies such as BHP Billiton, Glencore/Xstrata, Anglo American, Exxaro, Sasol and others.”

It’s a fair comment. Not only are eight out of the 10 deepest mines in the world in South Africa (at 3.9km Mponeng is the world’s deepest mine and its owner, AngloGold, wants to go much deeper), but there are many high-tech innovations here already. Anglo American Platinum, for example, has introduced hydrogen fuel cell-powered locomotives for underground work, which produce no fumes from their engines but can work much longer than battery-powered vehicles. The firm has also sponsored a hydrogen fuel cell prototype for off-grid electricity for homes in rural areas.

Not all of the technology that can make a difference is high-tech or new. The national competition for entrepreneurs run by SAFM and Engen, Pitch & Polish, was won last year by a freelance radiologist who realised she could save mining firms a fortune and improve workers’ health. Miners are required to undergo regular chest x-rays, but workers are often based many kilometres from the nearest hospital with access to x-ray machines. Lebo Selloa set up a mobile x-ray lab in a trailer, cutting the cost for companies and making the scans more convenient for workers.

In fact, most experts seem to agree that the things that can be most improved by technology in mines are arguably the same things for any business, whatever the industry: communications and collaboration.

Business analytics firm PwC’s annual SA Mine report is due soon, but the 2014 edition was clear about the best way to improve productivity at mines and foster innovation: communication.

“Focus on new ways of work,” the report said “and allow the lower-level workers to become part of crafting solutions for improving the productivity.”

Ken Mathu agrees; whatever the new technology is that will save the industry, implementation is key.

“The best way for the mining companies to implement technology with the least disruption is by involving the workforce in the decision-making process,” he said.

Given South Africa’s troubled labour relations in the sector, this could be the most innovative aspect yet.

If the former mayor was capable of accomplishing all that he did under two oppressive regimes, his potential in an independent party is almost unimaginable, writes Angelo Ryan.
Read more
Special Reports

Brand South Africa’s statement in response to allegations of corruption

Grants for the production of Covid-19-relevant medical and pharmaceutical products: call for proposals