The myth of the African consumer 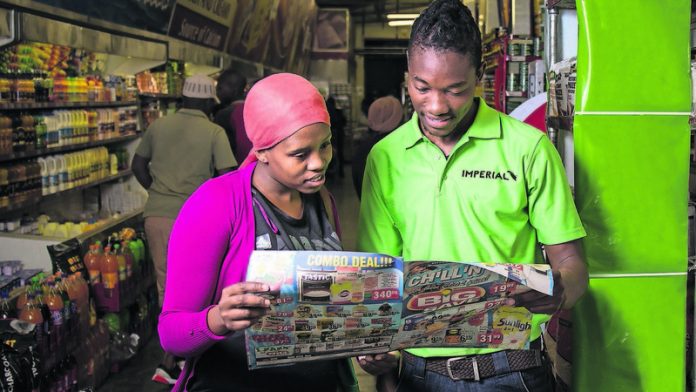 There are plenty of ideas associated with African consumers and what they do or do not want — most of them are wrong.

“The African consumer has no understanding of technology and isn’t interested in brands. He or she lacks market sophistication and competition for their pockets is small, if non-existent.” These myths that surround the so-called “African consumer” couldn’t be further from the truth.

“One of the stories that’s commonly touted by media and manufacturer alike is that Africans are not brand conscious,” says Cobus Rossouw, chief business development officer at Imperial Logistics. “It is absolutely not true. They are conscious spenders who would rather hand over money for something that they trust, because they cannot afford to make a mistake. When you have a lot of disposable income, buying the wrong product or brand isn’t that big a deal, but when you have only a small margin of cash, you buy something you know and that you believe in.”

There is no single, defined “African consumer” who buys one particular product, doesn’t understand technology and is baffled by brands. Africans are just as interested in high-end, global brands as consumers in other parts of the world. Nigerians, for example, clearly prefer more costly innovator (brand-name) drugs to generics.

“In Mozambique we’ve also found that the more expensive whiskeys are more popular in Maputo bars, as they represent a status symbol for the middle class,” says Rossouw. “There is also often a bias against locally produced products in favour of imported goods; the latter is assumed to be of superior quality or taste.”

This doesn’t mean that African consumers don’t want a good price or bargain; it’s just that — when they can afford it — they want high quality products to fit their image and lifestyle.

“This is one of the areas where our business has evolved, as we recognise that the African consumer is not a homogenous population,” says Rossouw. “When people ask us what the market is like in Africa, I liken it to the weather in America. Our 50 countries are different and dynamic, with so much variety that there is no way to shoehorn them into one bland description. The continent has thousands of different languages, cultures, values and social customs that all influence how consumers behave and react. ”

In 2001, just 2% of people on the African continent had a mobile phone but by 2011, that had shot up to 53% — hardly statistics belonging to the so-called “Dark Continent”. Mobile phone penetration continues to rise, innovation on applications and solutions for those who live in rural areas is extraordinary, and banking solutions such as Mpesa have shown the world that Africa is where the technology development is taking place, not where old technology goes to die.

“Apps that provide information on the cost of agricultural produce, that record incidents of political violence, that provide life-saving medical advice — these have all been developed in Africa,” says Rossouw. “The market in African countries, particularly the larger and economically robust ones, is thriving.”

“Our African story is about the fact that there are many people with a bit more money, who want to purchase goods they like, want and need,” concludes Rossouw. “We are in the business of supplying these goods, creating both access and awareness, and in respecting the extraordinary diversity that makes up the African consumer.”

Teachers who spoke to the Mail & Guardian this week are not confident that any effective teaching and learning will take place during this academic year, even if it is extended
Read more
National

The future is uncertain, and the number of people suffering from anxiety and depression is rising
Read more
Advertising
Continue to the category
National