Six of the strangest bottled water 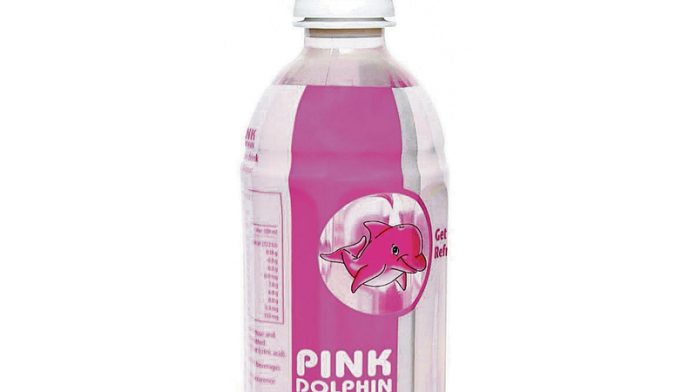 There is not enough water in the world. Which may be why people keep inventing new kinds. The latest is Fat Water – purified water enhanced with fat from coconuts. The name is accurate and also ironic, because if there is one thing this water won’t make you, it is fat.

“Lots of people are really working the water space,” says Morgaine Gaye, a food futurologist. “You’ve probably seen artichoke water, black water … Have you seen the water with the gold in it?”

She calls these weird liquids “health waters”. The clear stuff has become so fashionable that Gaye’s favourite shop in New York, the perfumier Min – which once sold nothing but perfume – has started selling ­water-purifying carbon rods.

And remember, it was way back in 1991 that the United Kingdom got its first water sommelier. This is all old news to Gaye, who works two to three years ahead, but she is still expecting further developments. “There will be lots of interesting filtration systems that will come to the market for home use,” she says cryptically.

Does water really need to be complicated in these ways? And why is this happening now?  “There is a big decline in wanting fizzy drinks,” says Gaye. “People are wising up to the sugar issues.”

If you are one of those people who believes that the whole point of water is that it is plain, transparent and unsimplifiable, these must be disappointing times. Water now is best drunk with a modifying adjective. Here are six of the strangest.

Created by the people who brought you Bulletproof Coffee, it comes in 10ml single-serve packets that you add to water. Bulletproof says its product, which is sugar-free with a glycemic index of zero, offers “a new kind of hydration so effective you can feel it”.

What might effective hydration feel like? Unfortunately, it has sold out online, so you will have to use your imagination until they restock.

As seen in brands such as Trace and BLK, the latter of which was launched by cast members of Real Housewives of New Jersey. Put bluntly, this is mineral water. Created in 2011, it gets its colour from fulvic minerals, for which there are broad health claims.

Think of it as an upscale version of ice cubes, bottled. Gaye says that at Melt Water Original, based in Lithuania, “they grow or create icebergs, then they melt them, then they put the melted ice in a bottle, and it tastes like puddle water”. Still, it won the Lithuanian Product of the Year 2013 Gold. So, go for it!

Principally sold as maple water, by the likes of Drink Maple, or birch water. Comes from the clear water you get when you tap a tree.

Tree water is not a new idea – Gaye has a family friend who used to drink his birch tree’s water – but maybe marketing it is. Contains 12 calories per 100ml, barely any sugar and is suitable for diabetics.

Actually, this one is less of a health drink and more of a beauty drink. Collagen Water contains a small amount of collagen, while other drinks such as Skinade – endorsed by @AntheaTurner1 – claim to boost the body’s production of collagen, which keeps skin elastic.

Contains many subcategories, such as artichoke water, asparagus water and mint and lemon water (as sold by Ugly Water). Variously infused or made with extracts.

Some non-carbonated infused waters have flavour added via gas. Or you can buy a ­fruit-infuser pitcher, stuff it with cucumber or strawberries, pour in water, and make your own. – © Guardian News & Media Ltd 2015