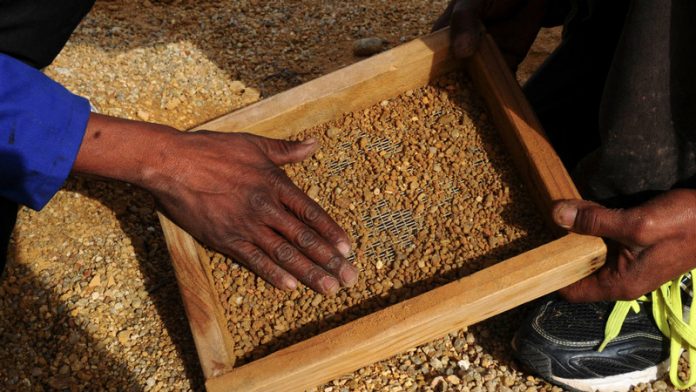 Standoffs between police and unlawful artisanal miners and between the “illegal mining” groups have been reported on widely.

In August, across Johannesburg there was an impasse between police and artisanal miners at an old mine shaft in Daveyton, East of Johannesburg. In the West Rand, similar conflicts occur daily. In the mining village of Blyvooruitzicht, the situation has been exacerbated by artisanal miners fighting each other. There’s a debate across social, environmental, political and human rights circles over how to manage unlawful mining in the country.

Zama zamas often reside near closed or abandoned gold mines. They operate in treacherous conditions. They expose themselves and their communities to mercury and other poisonous gases in their amalgamation and extraction of gold.

For them, it means a hot meal at night. They are without other potential for alternative livelihoods.

Unlawful mining is a threat and an untapped opportunity. Government, the police and other bodies and agencies have tried to clamp down on zama zamas, arguing unlawful mining constitutes theft and is linked to organised crime.

From a human rights perspective, the social, health and environmental effects of unlawful artisanal mining have serious consequences for the right to life and the right to security.

History seems to repeat itself in the “contemporary zama zama gold rush”; it is unlikely that enforcement will end it. Unlawful mining leads to increased environmental degradation and South Africa has seen increased foreign zama zamas. Little is known about the scope of foreign involvement in unlawful mining.

With a dire socioeconomic situation and a history of xenophobia, turf wars between local and foreign zama zamas may lead to more violence against non-South African Africans.

Zama zamas are not all involved in crime. Not all host mining communities think similarly about them. Not all foreigners are “illegal”.

The absence of policy and regulation for this type of artisanal mining indicates missed opportunities to enable artisanal mining or self-employment activities and how mining in general can be more inclusive of the artisanal sector. This could enable a more comprehensive effort to remove organised crime and tax evasion. The lack of policy seriously undermines environmental health and local safety.

Regulating artisanal gold mining on a countrywide scale is daunting but not impossible. Good practice examples of regulated artisanal mining sectors in other regions including on the continent are documented in the literature; South Africa would do well to draw from these examples.

Collaborative engagement with and support for these miners and affected communities would go some way towards creating awareness and mitigating negative impacts. It could also contribute to the economy through enabling unemployed workers to use their skills and employ themselves.

Janet Love is the commissioner responsible for environment, natural resources and rural development at the South African Human Rights Commission. Angela Kariuki is an SAHRC researcher