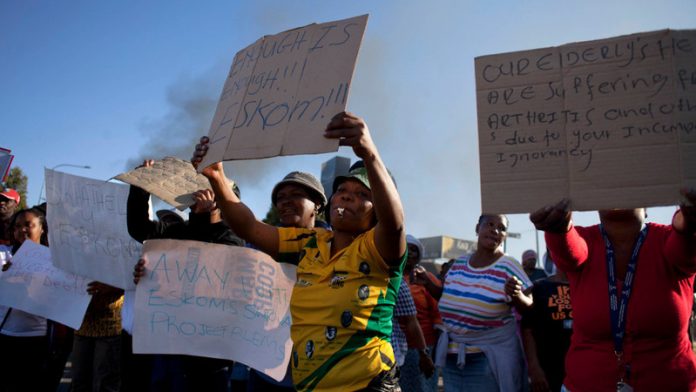 The combined economies of the cities of Tshwane, Johannesburg, Nelson Mandela Bay (including Port Elizabeth), Buffalo City (including East London) and Tlokwe (with Potchefstroom) are not much less than a third of South Africa’s economy. Their combined populations make up a fifth of the country’s total.

So it is no surprise that the ANC, which currently runs them, and the opposition parties are eyeing them and hoping to fill their mayoral seats with their own candidates after next year’s local government elections.

It’s unlikely that Kgosientso “Sputla” Ramokgopa will be returned as mayor, not because of poor performance, but because his political opponents have increased in the ANC Tshwane region.

Ramokgopa, who is also the ANC Tshwane regional chairperson, is under pressure from the ANC Youth League and the party’s alliance partners, trade union federation Cosatu and the South African Communist Party (SACP), to step down. They accuse him of failing to root out corruption and have called on the national government to place the municipality under administration. He has dismissed their allegations.

The ANC provincial secretary, Hope Papo, said this week he did not want to discuss ANC mayoral candidates.

“For now, Sputla is our mayor. We can’t determine the names of mayors before we launch our manifesto,” he said, adding that the ANC was working with its partners to win the elections. “We can’t work based on the opinions of individuals. The official positions of the alliance have committed to support the ANC during the local government elections.”

The ANC is pinning its hopes on the work the municipality has done to convince voters to give the party another chance. It’s a mixed bag of successes, challenges and controversies, such as the multimillion-rand smart prepaid metre contract that was cancelled because it created financial problems for the city and brought few benefits. But many in the ANC believe the municipality has done enough to retain the city from the Democratic Alliance’s onslaught.

The ANC in the region is in disarray and isn’t able to champion the municipal elections.

“Organisationally, there’s nothing,” said a member of the regional leadership. “The majority of branches have collapsed and there’s no coherent election programme being pursued.”

Problems over access to land near urban areas have created an opportunity for the Economic Freedom Fighters to drum up support by championing land seizures.

The city produced less than impressive results for the ANC in last year’s general elections, but the Gauteng ANC is desperate to improve their fortunes.

The dynamics for municipal elections are different from general elections. According to its own analysis, the ANC still enjoys majority support in Soweto because of the party’s historical struggle links with it. For this reason, the ANC has already started campaign work at the biggest township in the country there because it believes it is guaranteed to win the city if it secures the Soweto vote.

Since mayor Parks Tau took over, the city’s work has become more visible and he has reached out to its residents, including working closely with churches and other community-based organisations on matters that affect people. Though the city is still battling with long-standing billing issues, there are noticeable efforts to improve this.

But the city is being weighed down by residents, particularly in the surrounding townships, who are unwilling to pay for services.

Tau stands a good chance of being returned as Johannesburg mayor.

In a city plagued by service delivery protests, the ANC will have to cover a lot of ground to convince Nelson Mandela Bay voters to keep the party in power.

An ANC Nelson Mandela Bay regional task team member, Thobile Mhlahlo, said the movement of people into urban areas and their demands for housing and services placed a heavy burden on the municipality. “The informal settlement is expanding – we do understand that you can’t sanction them and say ‘don’t come to the metro’ – that puts pressure on the council, and I’m sure the housing budget is also pressured.”

Mhlahlo said the party was not considering replacing the mayor, Danny Jordaan. He hit the ground running after he took over from his predecessor, Ben Fihla, in May. He has assisted in by-election campaigns and in trying to diffuse violent protests in the city. But the ANC’s loss of ward 30 in Veeplas and KwaMagxaki to the United Democratic Movement has presented him with an additional challenge.

His prospects of retaining the mayoral seat are high, but history has shown that, in this municipality, mayors have a short lifespan. Jordaan is the ANC’s third mayor in this five-year term.

The Tlokwe municipality is likely to have been expanded by next year’s elections. The amalgamation of the Tlokwe and Ventersdorp local muni­cipalities will increase its financial burden with more residents expecting services.

Ventersdorp, which is under administration until November, is broke and plagued by poor service delivery. Its woes include infighting and divisions among the ANC representatives in the council, poor political leadership and limited public participation. Severe service delivery backlogs, failure to maintain infrastructure, poor financial management, and a lack of credit control and debt collection are some of the problems that Tlokwe will inherit from Ventersdorp.

The ANC hopes the merger will improve services, based on Tlokwe’s better record, and the party will sell this to the voters.

“The Ventersdorp economy is held by Tlokwe. The amalgamation will address the problems we have in Ventersdorp,” said Lopang Rothman, who is ANC’s Dr Kenneth Kaunda regional secretary.

Since 2009, Tlokwe has received awards for the high quality of its drinking water and wastewater treatment works. But the influx of people from rural areas is increasing the load on the municipality.

There is little hope that the mayor, Kgotso Khumalo, will be brought back next year. Despite the ANC acknowledging that he has more or less stabilised the municipality, his appointment was simply part of an intervention strategy, with no long-term plan to keep him there.

Before he was appointed, internal battles in the ANC resulted in the DA governing Tlokwe for seven months. Rebel councillors voted with opposition parties to pass a motion of no confidence in the then mayor, Maphetle Maphetle. The divisions were contained after the party replaced the dissidents with a more loyal group of councillors.

A breakdown in supply chain management is one of the city’s biggest problems. This has led to poor delivery of water and electricity, housing and the fixing of roads. The DA has also admitted there is hope since the appointment of a new mayor, Alfred Mtsi.

The DA caucus leader in the municipality, Terence Fitz, said Mtsi was doing a good job so far. “Obviously there is not a lot that one can judge in a couple of months but what I have seen so far is that he is good.”

He was brought in at a time when the embattled metro needed a saviour, with both the then mayor and deputy facing fraud and money laundering charges for the misuse of funds meant for transporting mourners to Nelson Mandela’s funeral.

Mtsi was a member of the provincial legislature for more than 10 years before he was sent to Buffalo City.

ANALYSIS: 2016 – the year the ANC failed to keep up with changing SA politics

Were the 2016 local government elections the beginning of ‘politics by consent’?