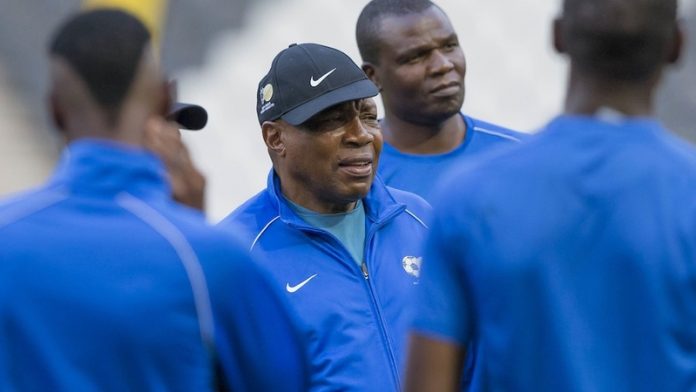 Mauritania have made little impact on the African game up to this weekend, and have been noted more for their absence from competition than any achievement on the field.

The arid land to the south of the Sahara, and sitting on the extreme west of the African coast, was the only African country that failed to enter the 2014 World Cup qualifiers and played just a single international between 2009 and 2011.

But the past two years have marked rapid progress and a change in outlook, as has been the case with many of the continent’s other footballing lightweights.

It is a cliché quoted by many coaches that “there are no longer any small teams left” in the African arena and, although this is far too frequently used as an excuse for poor performance, it is largely true.

Like many of the other previous underperformers, Mauritania benefit now from using descendants of migrants to Europe, who come back to play for the national side, Les Mourabitounes, and take up the team’s potential by several notches.

Although the tiny Cape Verde Islands – which, despite a population of about 500 000, have played at the last two African Nations Cup finals – are an extreme example of successfully dipping into the diaspora, Mauritania join the likes of the Comoros Islands, the Gambia and Guinea Bissau as countries becoming increasingly competitive.

Embarassing draw
On the same weekend that, at the start of the 2017 Nations Cup qualifiers, South Africa were being held to an embarrassing draw by the Gambia, Mauritania went to play Cameroon. A decade ago such a matchup would have turned into a slaughter, but in Yaoundé in June a full-strength Cameroon – seven-time World Cup finalists – only won by a solitary late goal. That Mauritania had the broader smiles at the end of the game was only natural.

Their squad is still largely home-based but an increasing number of French-born players with Mauritanian roots are being sourced to beef up their ranks. Best known among them is defensive midfielder Diallo Guideleye, who previously played for France at under-21 level, and Adama Ba, who recently signed for Auxerre in Ligue 2.

Their new French-born coach, Corentin Martins, believes they can prove competitive in Group M, where only the winner is guaranteed to progress to the tournament in Gabon in early 2017.

To do that, they must properly use home advantage, starting against South Africa on Saturday. The alien conditions, long flight and poverty of planning could all stack up against Bafana Bafana, whose campaign is already in peril after that draw in Durban with the Gambians.

Anything but victory puts South Africa in dire danger of dipping out of the next Nations Cup and retards any progress in developing a new team they believe they might have achieved since Ephraim Mashaba took over one year ago.

Already the coach is back-tracking on the supposed plans to build a team for future success. The policy of picking players aged 27 and under has quietly been dispensed with in favour of a more pragmatic approach. There is nothing like the need for success to temper airy-fairy idealism.

So the likes of Tsepo Masilela, who celebrated his 30th birthday in May, have been drafted back in as Mashaba realises he needs a tougher team and the best players in key positions for a win.

It is the first-ever game between the two countries and the first time South Africa will play sport of any sort in Nouakchott. On paper, Mashaba’s men should win but this is a tie fraught with potential pitfalls, not least those of South Africa’s own making.