Will the new deal end conflict in S Sudan? 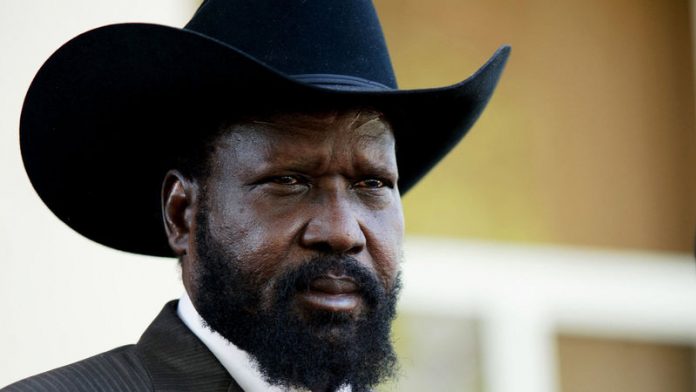 The peace proposal was tabled by the Intergovernmental Authority on Development (IGAD) Plus, consisting of regional and international actors.

It should be recalled that other recognised parties to the mediation have signed the deal before the deadline set in August 2015.

Despite resistance and enormous challenges that the agreement may be exposed to during the implementation stage, the conclusion of a deal itself is a significant step towards the achievement of peace in South Sudan.

And although the warring parties showed a lack of will during the talks, the peace deal is the best offer South Sudan can get.

All African and international actors remarkably and seamlessly supported the agreement. The credit goes to the tireless efforts and the firm but fair position taken by the IGAD mediation.

During the mediation phase, both warring parties complained about the lack of neutrality of IGAD and played into hostile attitudes among their followers. With the transitional government composed of the warring parties and other stakeholders, the axis of confrontation will mainly move to the different parties of the peace deal – away from that of the government against the mediation.

So now, with the last signature, the responsibility of making a successful transitional process crucially falls on the shoulders of the South Sudanese people. They should see this deal as an opportunity to take the power back that was seized by their fragmented representatives within the ruling Sudan People’s Liberation Movement (SPLM).

By demanding effective implementation of the peace deal – particularly through drafting and eventual public approval of a new permanent constitution – South Sudanese people could end impunity and ensure accountability of public officials.

Hurdles for peace in South Sudan
Peace deals are not self-executing. Transitional periods are always unpredictable and volatile – they can lead to more crises or relative stability.

The success of the process heavily depends on the scrupulous support and close oversight from the guarantors of peace. But above all, the transitional process will vitally rely on the will, determination and capabilities of the parties of the transition.

Even with the agreement signed, implementation of the peace deal in Juba is going to be an uphill battle for everyone, particularly for the warring parties.

A potentially destabilising – but hardly avoidable – element could be those forces that may lose seats and influence due to power-sharing in the transitional period.

Using demagogic and sectarian rhetoric and playing into ethnic communities with that discourse, some of the current officials and those splinter groups from the rebel bloc may pose a security challenge to the transitional process.

Both President Kiir and former Vice President Riek Machar could experience strong resistance from their own followers in the implementation of the agreement.

‘The DPA effect’
The warring parties may face more internal divisions due to the changing dynamics inside and outside South Sudan, which I earlier called the “DPA effect”, referring to the exponential fragmentation of the rebel groups in Darfur after the 2006 Darfur Peace Agreement (DPA).

Confronting stiff resistance and relative disadvantage due to Kiir’s incumbency – and his ability to offer more government positions to his followers – Machar may face more defections among his supporters, leading to further fragmentation of the rebel bloc.

Partly attributable to the current public protests and ongoing unnecessary mobilisation of his own followers against the IGAD proposal, Kiir is increasingly undermining his power and ability to command the warring factions.

With it, the genie is out of the bottle. And the public protests against IGAD could be well turned into anti-Kiir demonstrations.

Thus, through the agreement with Addis Ababa, the president may find himself at loggerheads with some members of his cabinet and the army, who could lose most of its power under the transitional process.

Kiir may even experience another rebellion within his wider but loose alliance. For the incumbent cabinet members and other lower-ranking officials, a transitional government would mean finding themselves purged from their current positions of power and authority. They can be expected to resist such measures to the extent that their power allows.

Another area that we might see potential rebellions is the Greater Equatoria states. Thus, the signature of Kiir is not sufficient. On top of his initiative, he needs to show the capability to implement the deal.

It is highly questionable if he really has the power to enforce his will now on the current incumbent ministers and vice president. As an indication of the limits of the real power he possesses, he sacked four governors of states before he travelled to Addis Ababa in August 2015.

To be certain, most of the legitimate demands of South Sudanese communities – such as those for federative arrangements – could only be addressed through a permanent constitution.

In the interim period, various transitional mechanisms have to ensure that concerns, particularly from the Greater Equatoria, are addressed.

IGAD Plus should, therefore, prepare itself for a scenario encompassing non-implementation of the agreement on the ground and take the pre-emptive measures for its prevention.

The worst case scenario
With the peace deal, the next urgent task of the IGAD-Plus will be to establish transnational institutions such as the Transitional Government of National Unity, the Joint Monitoring and Evaluation Commission and the appointment of its chair, Joint Military Ceasefire Commission and the National Constitutional Review Commission.

No one, not even IGAD, expects an easy implementation process, and if the latest efforts to do so result in failure, the civil war may take a more ethnic and territorial outlook, drawing South Sudan closer to a total state failure.

Consequently, IGAD – more than any other organisation – will need to become even more involved in the implementation of the peace deal.

Undeniably, all actors, including IGAD, have only supportive roles to enable the South Sudanese to solve their own problems and help them avoid a situation that would otherwise necessitate regional and international intervention.

Citing the sovereignty of the South Sudanese state, the warring parties are opposed to any externally backed transitional administration.

Nevertheless, when a state is unable to provide protection for its population, it effectively forfeits its sovereignty to the “backup” protection mechanisms introduced by the regional and international community.

Mehari Taddele Maru is a specialist in international human rights and humanitarian law, an international consultant on African Union affairs, and an expert in public administration and management.

The views expressed in this article are the author’s own and do not necessarily reflect Al Jazeera’s editorial policy.

Mehari Taddele Maru
Mehari Taddele Maru is part-time Professor at the Migration Policy Centre of the European University Institute. He is a member of the technical committee of the Tana High-Level Security Forum
Facebook
Twitter
WhatsApp
Linkedin