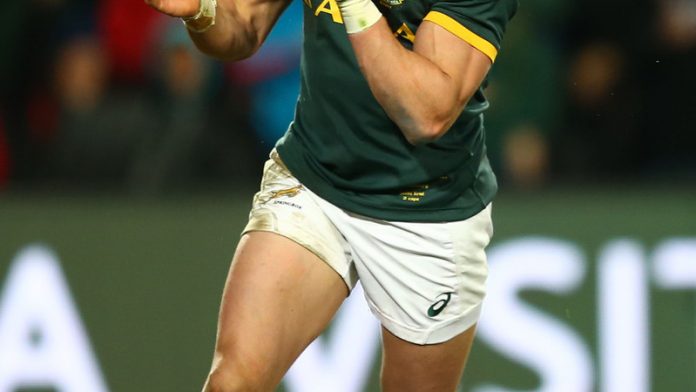 There are times when apparently random acts are revealed to be part of a cunning plan. Springbok coach Heyneke Meyer picked Jesse Kriel to play against the World XV at Newlands earlier this year. The fact that Kriel, a fullback, was picked out of position to play at outside centre seemed co-incidental at the time.

The position had been earmarked for Japan-based Jaque Fourie, who had been persuaded by Meyer to reconsider his decision to retire from international rugby. When it became clear how far from match fitness Fourie actually was, Meyer threw Kriel into the mix, apparently on the back of a single season of Super Rugby with the Bulls. Except that it was not.

Meyer had first seen the Kriel twins (brother Dan is with Jesse at the Bulls) at an academy week in 2010, more than a year before he became Springbok coach. Kriel said: “We were still under-16 and he chatted to us and told us that we should come up to the Bulls. Then at Craven Week he saw us again and that was a big deciding factor for me to go up.”

I first saw the twins at the Wildeklawer schools tournament in Kimberley in 2012. Maritzburg College were playing in the first game of the day and I walked on to the field where the boys were warming up and asked Jesse if the number 13 was his brother. “Yes, we’re twins,” he said. “Watch out for Dan, he’s a great player.”

He went on to point out half a dozen players to watch, without once mentioning himself. But, when the game started and the College fullback touched the ball for the first time, it became obvious that a special talent had arrived.

Graham Bennetts, the deputy head at College, had sent me some extra information before the

game, including the fact that the Kriel twins had sport in their blood: their mother, Angie, swam for South Africa.

In fact, Angie Hodgson (her maiden name) was a remarkable talent. At the South African national championships in 1985, at the tender age of 15, she came second in the 100m breaststroke and third in the 200m. She became a swimming Springbok the same year on a tour to Israel. Angie’s late father,

David, was a fine cricketer, but his father, Angie’s granddad, was a rugby man.

Jack Hodgson was a rangy flank forward for Leicester and Northern who went on the first-ever British and Irish Lions tour to New Zealand in 1930. Aged just 21, Jack played in the first Test of the series, thereby making his Lions debut before he had played for England. The Lions won 6-3 in Dunedin, two tries to one, but lost the series.

the Springboks at Twickenham in 1932. Benny Osler’s team was already halfway to a Grand Slam on a day of lashing rain, having already beaten Wales and Ireland. Springbok eighth man Ferdie Bergh scored the only try from a kick ahead, and it was 3-0 with time up when Bok fullback Gerry Brand tried a speculative drop goal from inside his own half that sailed over from 67m.

Jack married a South African woman and worked here as an engineer, but there is another coincidence too odd not to mention. He was educated at Rugby School, the institution that gave the world the oval ball game. In 1823, 100 years before Jack was at the school, one of Rugby’s pupils, William Webb Ellis, “showing a fine disregard for the rules of football as played in his time, first took the ball in his arms and ran with it, thus originating the distinctive feature of the rugby game”.

And on the subject of educational establishments, it is well known, that on the two occasions the Springboks have won the World Cup, there has been a Maritzburg College boy at flyhalf: Joel Stransky in 1995 and Butch James in 2007.

Kriel takes up the story: “I spoke to Joel at a game a couple of weeks ago and, when we were in Argentina for the Test last month, Butch handed out the Springbok jerseys. That was a special moment for me, getting the jersey from one of my childhood heroes.

“I remember, in 2008, he came to school with the Webb Ellis Trophy, and I couldn’t believe that Butch James was in my classroom. I went back for reunion day this year to watch my little brother Matthew play and one of my ambitions is to go back next time with the World Cup.”

So the Springbok campaign for 2015 includes a Maritzburg College boy who held the Webb Ellis Trophy in his hands aged 14 and whose great grandfather has a direct link to the man in whose honour it is named.