The yin and yang of business 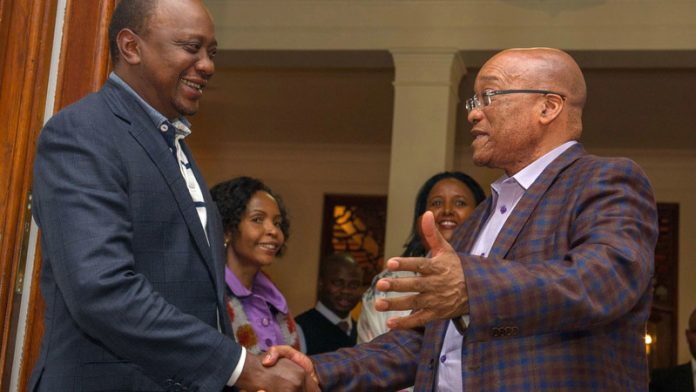 South Africa and Kenya have a lot of commonalities, but equally differences, which provide fertile ground for mutual learning and growth.

This is the view of Thomas Konditi, chief executive and president of GE South Africa. He is amply qualified to make these observations, not only by virtue of the multinational’s long history on the continent, but also because of his heritage as a Kenyan recently posted to South Africa.

He said that these different strengths and weaknesses should be harnessed to build trade and investment with the end view of mutual development.

The similarities include the status of both countries as important regional hubs, their fairly sophisticated economies and their ability to act as gateways into their respective regions.

The differences, however, need not be seen as a negative and could actually be turned to the benefit of both economies. Konditi said this requires evaluating where the best synergies can be extracted.

The issue of cultural differences and creating a greater understanding between the two countries is one that he says is paramount to growing ties.

This applies equally to the role that the governments could be playing to support each other to improve their attractiveness as investment destinations. “On the political side, you will never see eye-to-eye on everything, but you must send the message ‘we are together on everything’, because investors loathe having [to accommodate] two different points of view,” he said.

That apart, Konditi believes opportunities exist in a number of key sectors where these similarities and differences can be leveraged.

These include financial services, agriculture and manufacturing. The latter, he suggests, would benefit from a strategic two-way alignment that results in the pie growing for players in each country.

The ultimate outcome would be, for South African firms to invest in Kenyan capacity that allows disposable income to grow, which in turn creates a ready market for other South African goods and services.

The financial services sector could be one of the beneficiaries of such a strategy. Not only because the economy is growing, but particularly because South African firms have a clearer understanding of the opportunities and risks than their international counterparts.

Other areas that present opportunities for mutual learning include the healthcare, rail infrastructure, power and aviation sectors.

Whereas Kenya has reaped the benefits of visionary leadership in primary healthcare implemented by GE, South Africa is still struggling to deliver such services effectively in outlying as well as urban areas.

Similarly, Kenya’s independent power producer programme has set the tone, with clear power purchasing agreements that enable the rapid rollout of generation capacity from which their South African counterparts can learn. And in the field of aviation, both could learn how clear separations between political and operational roles can allow their respective airlines to navigate global turbulence.

On the flipside, South Africa’s airport and rail infrastructure investments present opportunities for Kenya to learn how to build such capacity quickly and effectively.

GE has substantial operations and projects in both countries and is demonstrating its conviction that the opportunities are real and solid. It is one of the few global players to have pinned its flag to the African mast, which in itself is an indication of the opportunities that await Kenyan and South African companies with the courage to follow suit.