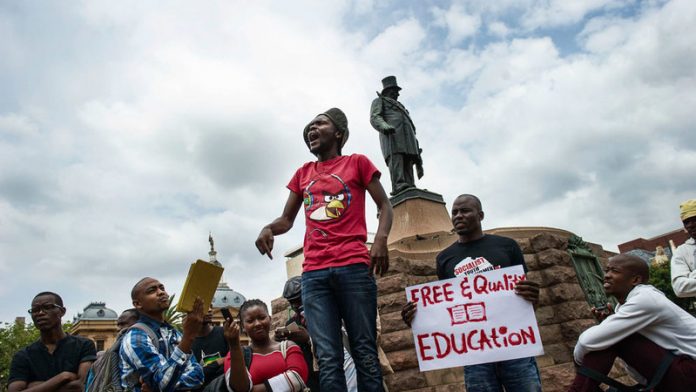 Pfumelani Austin Mabasa from Giyani, in Limpopo, fears he might never receive a certificate for the law degree he completed at the University of Venda (Univen).

A beneficiary of the state loan study scheme during his four years on campus in Thohoyandou, Mabasa was one of the graduates who received a letter of debt instead of a certificate after their graduation ceremony, as reported by the Mail & Guardian in June.

According to the letters, the National Student Financial Aid Scheme (NSFAS) had not settled their fees owed to the university.

Former deputy president Kgalema Motlanthe, in his capacity as chancellor of the university, officiated at the ceremonies on May 14 and 15.

At the time of the M&G’s report, the NSFAS spokesperson, Kagisho Mamabolo, said they were “aware of the problem at Univen and have resolved it”.

This week Mamabolo reiterated the scheme has settled every cent the institution claimed for 2014 beneficiaries. “I can confirm that NSFAS has … paid all corresponding amounts to Univen,” he said.

Not responsible
The scheme should not be held responsible for shortfalls that had since emerged, he added.

“NSFAS is reliant on accurate and complete registration templates from the institution. If the institution fails to provide NSFAS with templates indicating additional modules that the students decided to add, etcetera, the consequence is that NSFAS will not be held liable for payment of additional courses. It is a simple matter of planning.”

Mabasa’s debt to the university is R38?000, which he fears he may never be able to pay off and obtain confirmation of his degree. He said the university blamed NSFAS.

“When I contacted the NSFAS administrator at Univen, he confirmed that NSFAS indeed made a payment for students who still owed the institution. But it was not sufficient to pay for all of us. As a result, they have nothing to help us with. We are just on our own.

“But the reason I applied [and was approved] for NSFAS in the first place was that I have no funds from home. If NSFAS now says I have to settle the account myself, how will I manage to do that without my certificate?”

Useless
Graduates whose fees are outstanding receive letters from the university confirming that they have completed their studies. The universities and the government say that this places the graduates in good stead to land a job. But the graduates say the letters are useless.

The M&G recently reported on Sello Molewa, who struggled for eight years to land even an internship because the University of Limpopo had withheld his media studies degree. Outstanding NSFAS fees were also behind his problem.

Vurivi Simango, a former classmate of Mabasa and who is also an LLB graduate, is in a similar predicament.

“I have to do my articles but, when applying, employers don’t seem to be considering my applications,” he said. “I believe employers have a tendency of not considering those who cannot produce the actual certificate.

“I think they realise they have to be strict especially now since there is this investigation by the government on employees with fraudulent qualifications.”

Simango, from Malamulele in Limpopo, said only two of his 12 final-year modules had been paid for. He owed Univen more than R20?000. “This situation is detrimental to us,” he said.