We must build on psychology of peace 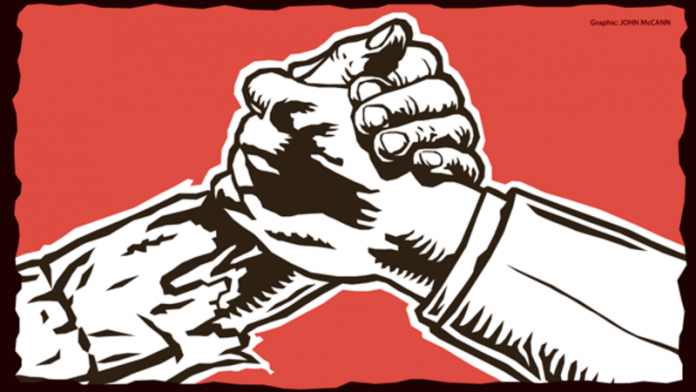 As a country we need to give serious consideration to the psychologies of transformation that might serve constitutionally derived democratic ideals and unmet aspirations for economic and social freedoms.

Our democracy and its path to an inclusive, egalitarian and compassionate society is under severe strain. The palpable anger at universities, in marginalised communities and on our roads is perhaps the most obvious mark of social strain. The rapidity with which disputes and transformation failures across various sectors, including labour, education, health, municipal services and housing, escalate into state and public violence point to weaknesses in conflict management, resolution and transformation mechanisms, and to unevenness in the dismantling of apartheid structures.

The emotional and social disconnections that characterise South Africa are evident in the lethal police responses to poor and marginalised peoples’ acts of insurgent citizenship. The Marikana massacre, the death of Andries Tatane and the brutalisation of Mozambican migrant Mido Macia are all indicative of militarised and callous responses to poor people’s claims for social justice and to participate in how their communities are to be governed, structured and organised.

Despite the early post-1994 attempts to introduce community policing as part of a larger reformation process, policing services remain militarised and inadequately trained for safety work in a democratic society. The lack of sufficient institutional transformation, a prerequisite of conflict transformation, is evident elsewhere. This is seen in reports of medical staff verbally abusing women in labour, home affairs offices where poor people are greeted with surliness and derision, over-crowded schools and young children sexually violating other children.

These all suggest that the work of dismantling apartheid structures and creating humanising social-welfare services and caring educational and recreational spaces is incomplete.

This is compounded by a ruling psychology that serves interests antithetical to the principles of social and distributive justice, inclusion and participation, as enshrined in our Constitution. The psychology of peace that underlined South Africa’s transformative journey in the early 1990s awakened a humanism founded on compassion, generativity and distributive justice. Unlike this, the ruling psychology serves the consumption-oriented and unresponsive hegemonic neoliberal order.

The ruling psychology is performed to manufacture commodified subjects and naturalise extractive relationships with nature, the animal world and human beings. It appeals to impulses related to domination, acquisitiveness and accumulation, and privileges extreme notions of individualism and competitiveness.

The humanism of South Africa’s democratic vision prompts a relational accountability. In contrast, the ruling psychology is located within hegemonic sociopolitical arrangements that seek to manufacture self-absorbed beings with little or no mindfulness about history, legacy and community. It has limited regard for social responsibility and collective transformation. The ruling psychology enables forgetfulness, and obscures the legacies of colonialism and apartheid, and their intersections with contemporary forms of social exclusion and material and political accumulation.

The ruling psychology is mediated through structure, discourse, myth, ceremony and geographical and material distance. It is used as an emotive performance where there is no shared emotional worlds, and where the powerful and the resourced deny or, at best, limit compassion and empathy toward those who are locked in as the Other and whose social realities remain rooted in poverty, inequality and exclusion.

Likewise, the ruling psychology uses languages of delegitimisation, webs of lies and deceit and caustic tones to dismiss marginalised people’s calls for inclusion. The ruling psychology as discourse constructs desperate people’s struggles as unruly, uncouth and as unbecoming of the norms of social engagement. Sometimes demands for social justice are dismissed as acts of unpatriotic or criminal elements.

Perhaps it is time to remobilise that psychology that was unnamed as such and yet inherent to the country’s early democratic imagination. The negotiated settlement and several early and post-1994 policy and development interventions as well as the Constitution seemed to have appealed to (and implicitly contained) a particular form of peace psychology.

This includes Nelson Mandela himself, described by the historian Sabelo Ndlovu-Gatsheni as “the symbol of reconciliation, peace and post-racial humanism”. In many respects, South Africa’s democratisation-cum-development project was a national peace promotion initiative that incorporated the classical measures of conflict management, conflict resolution and conflict transformation, all shaped by the country’s political and social particularities.

As intrinsic to the quest for a post-racial humanity, the psychology of peace rejected violence as naturalised by apartheid and colonialism, racial segregation and patriarchy, and inspired a humanism founded on forgiveness, remorse, compassion, hope, generativity and agency. This signalled a move towards a reconstituted public morality and the promise of distributive justice.

The humanism that underscored the country’s conflict resolution and transformation strategies aimed to activate relational accountability through enabling social and emotional proximity between South Africa’s polarised communities. When read in context, the psychology inherent in the Truth and Reconciliation Commission (TRC), the Moral Regeneration Movement and many nation-building acts by moral and political leaders sought to encourage this relational accountability. Peace psychology gestured to apartheid’s perpetrators to use spaces in the newly formed South Africa to express sincere remorse, to enact empathy for victims of apartheid, to recognise the consequences of their complicity and silence, and to actively promote restorative justice.

The psychology of the TRC and of Mandela intended to trigger perpetrators’ collective conscience to do the right thing: to acknowledge direct or indirect complicity and assume moral responsibility for apartheid as a crime against humanity. This psychology appealed to the human ability to recognise hurt and pain and to build humane (non-racial and nonsexist) relationships. It focused on awakening humane emotions so that perpetrators might recognise those who had been othered and dehumanised and the consequences of the othering process on their own humanity. Apartheid’s perpetrators were called on to rise above their fears of annihilation brought about by centuries of systematically produced discourses of black peril and their own dehumanisation. The humanism underlying peace psychology also appealed to apartheid victims’ deep sense of forgiveness and capacity for compassion.

Whatever the criticisms levelled at this psychology for giving insufficient attention to distributive justice and the material conditions of the poor, it raised possibilities for antagonists to forge socially transformative spaces. Such spaces are critical at this point in our troubled journey to an inclusive society.

There is a renewed urgency for deep dialogue and conversations. Only those who cannot see, feel or hear the urgency deny the intensifying polarisation and social crisis.

So how do we remobilise a psychology that awakens our humanism and appeals to our collective capacity for critical compassionate citizenship?

Networks of psychologists in varied settings could create social partnerships. By volunteering their time and expertise, they could support dialogue between fractured sections of communities, on the one hand, and between marginalised communities and government on the other.

Many communities are fractured by contestation over scarce resources and representation, by factional fighting and by struggles against vested political and economic interests.

Dialogue across racialised and gendered fault lines is equally imperative. Psychology is well placed to accompany communities in hosting public conversations that build the compassionate communities envisaged by our Constitution. This requires deep conversations about how we transcend the marks of privilege, power and dispossession that plague our collective psyche.

Psychologists could accompany communities through conversations on how both the beneficiaries and survivors of apartheid, as well as the beneficiaries of post-1994 neoliberal capitalism, could work to restore a collective humanity.

Psychologists, through authentic acts of accompaniment, could facilitate conversations that go to the heart of the anger and betrayal, the fear and resentment, that have come to repolarise our country.

Resonant with liberation psychologist Mary Watkins’s conceptualisation of accompaniment, psychologists could go beyond the conventional office-bound psychotherapeutic focus and join marginalised communities in solidarity work. Here they could serve as witnesses to pain, hope and activism, as well as destabilise hegemonic discourses and offer research and advocacy support.

The spirit and substance of accompaniment beckon all of us to resist parading altruism and charity, to oppose emotional, political and social blinkeredness, and to forge deep relations of solidarity. This can enable the recovery and enactment of our democratic aspirations and humane, constitutionally derived choices.

Accompaniment spurs all of us, and in particular the privileged classes, into action to recognise that self-absorbed lifestyles of excessive consumption deny the majority economic freedom, social recognition and authentic modes of being. Such lifestyles are untenable and antithetical to the spirit and substance of our Constitution.

Professor Mohamed Seedat is the head of the Institute for Social and Health Sciences at Unisa and the director of the Medical Research Council and Unisa’s Violence, Injury and Peace Research Unit. This article is an edited extract from his keynote address at the Psychological Society of South Africa’s 21st Annual Psychology Congress, which takes places this week in Johannesburg.

This can be done by making the project’s 30% of the budget for local broad-based black economic empowerment a separate budget to break the feedback loop that greases the wheels of patronage.
Read more
Cartoons

Journalists need to value criticism of their work to the same degree they value press freedom, argues Julie Reid in this extract from ‘Tell Our Story: Multiplying Voices in the News Media’
Read more
Advertising
Continue to the category
National