Now the NPA head is jibing at the judiciary 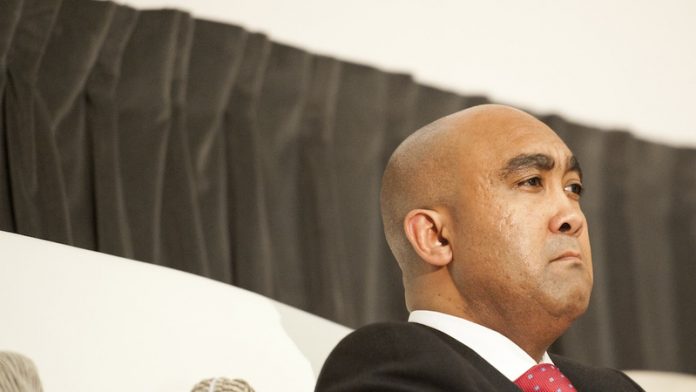 Shaun Abrahams, the new national director of public prosecutions, has now justified his decision to appoint Nomgcobo Jiba to what is in substance the number two position in the National Prosecuting Authority on the basis that she is the best available person for the position. Really?

Abrahams may argue that the adverse findings of Judge Trevor Gorven were never tested on appeal and that he has a senior counsel’s opinion, which somehow mitigates the consequence of this finding. But there is a further finding of the Supreme Court of Appeal in the case brought by Freedom under Law against the dropping of charges against Richard Mduli that is equally damning. The appeal court found that Jiba had not upheld the proper standard of candour and honesty in an affidavit to which she deposed.

How can it seriously be claimed after two such findings that the public must have confidence in the appointment of this lawyer to so high a post? Have we reached a level of desperation when a senior public figure like Abrahams can claim this is the best we have in the country for the position?

Having begun to recover from this shock, the nation was awakened to yet another in the saga of strange appointments. Police Minister Nathi Nhleko announced that the new head of the Hawks was to be Major General Berning Ntlemeza. The first point of interest was that suddenly, and in stark contrast to the appointment of a social worker to the post of police commissioner, Nhleko claimed that Ntlemeza had 34 years of police experience, which was crucial to the post.

While recognition of police experience is welcomed, the problem is the new head of the Hawks has recently suffered a similar judicial evaluation of his integrity to that of Jiba. Judge Elias Matojane, in his judgement dealing with the suspension of Major General Shadrack Sibiya, referred in scathing terms to the evidence given by Ntlemeza.

Among other critical things, the judge said: “To further show that Ntlemeza is dishonest and lacks integrity and honour, he made false statements under oath.” The judge concluded that the general’s affidavit had been fabricated.

Expressed in lay terms, the judge was required to examine and evaluate the evidence that had been given in the case to arrive at a decision. He found that Ntlemeza had perjured himself. With this kind of reference, and in this case one given after due consideration by a highly respected judge, who has been deemed fit to now be elevated to an acting justice of the Constitutional Court, it is highly unlikely that a person described thus would be appointed to the position of assistant bank manager of the Kroonstad branch of a national bank. But Ntlemeza now holds not so modest a position. Rather he has been placed in charge of the very unit that is mandated to fight corruption in this country. One would have thought that any suggestion of a lack of probity or honour on the part of the candidate for so critical an office would be the end of the line.

However, Nhleko and Ntlemeza have assured the nation that these adverse remarks by Matojane were no more than comments, which may express an opinion but are hardly to be taken very seriously.

Nhleko has previously made odd comments about the judiciary but there is a very significant difference between the comments of a politician offered to the media and the evaluation of evidence by a judge after the application of his forensic training. At the very least, the head of the Hawks, which bring cases to the courts, should appreciate the significance of a judicial evaluation of evidence.

The rejection of the importance of a judicial finding on the credibility of a party in which a judge has found that statements given after due consideration, reduced to writing and signed after taking the prescribed oath is a very disturbing development.

It becomes even a greater cause for concern when an unsubstantiated rejection of a judicial finding (yes, minister and general, a finding, not a comment) is then used, in part, to justify an appointment to highest echelons of our criminal justice system.

Recently, the president and senior members of the executive met their equally senior judicial counterparts to discuss criticisms of the judiciary by members of the executive and the ruling party. From the press statements that were generated after the meeting, it appeared to be agreed that both arms of the state would afford the other respect and accord each other deference for the decisions that each institution makes in terms of their demarcated role under the doctrine of separation of powers.

In the light of this latest attempt to diminish the judicial role by relegating a judicial finding to a mere off-the-cuff comment, the public is entitled to be concerned about the success of that meeting. At the very least, Nhleko should have waited to determine whether the finding would be successfully appealed. But, as it stands, it appears that judges are regarded as no more than mere commentators.