The Southern African Development Community (SADC) brought Lesotho some political stability by advancing elections planned for 2017 to February this year.

But, as was brutally highlighted by the killing of the former Lesotho Defence Force chief, Lieutenant General Maaparankoe Mahao, by LDF members in June this year, the once peace-loving kingdom continues to be plagued by security concerns.

In response, the SADC Organ on Politics, Defence and Security Co-operation intervened, setting up a commission of inquiry into the disturbances in national peace and stability in July this year.

But there are good reasons for thinking the commission will do little to shed light on the causes of the instability or help in building a more orderly and less divided society.

As always in Lesotho, the military is at the centre of the upheavals. In a country surrounded by South Africa, where the army has no external role, the activities of the military are mostly inwardly directed.

The commission is supposed to focus on the controversies concerning the two senior officers who have been the most polarising figures in the crisis – Mahao and his nemesis, Lieutenant General Tlali Kamoli.

Kamoli was fired as army boss by the former prime minister, Thomas Thabane, in August last year and replaced by Mahao. Kamoli reacted by attempting a coup that forced Thabane and others into exile.

Kamoli refused to surrender his command, but was sent on leave of absence to create an enabling environment for the elections. 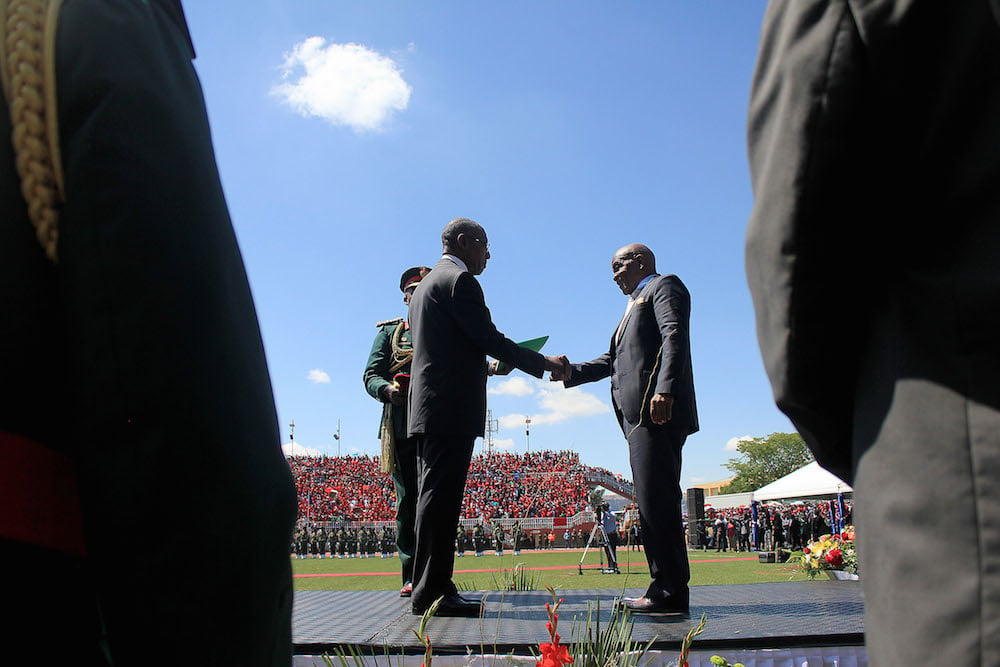 He was officially reinstated retrospectively by new Prime Minister Pakalitha Mosisili after the February elections, and Mahao was demoted. In 2012, Mosisili had been the premier who originally appointed Kamoli as the LDF boss.

The commission is mandated to examine these demotions and promotions, the circumstances of Mahao’s death and the alleged mutiny plot.

Responsible for violence
Lesotho opposition parties and many members of civil society have pointed fingers at Kamoli as being responsible for the death of Mahao and other violence.

The commission, adopted at a regional summit in Pretoria in early July, comprises as chairperson a Botswana judge, Mpaphi Phumaphi, and eight others from the region.

But, however well intentioned, the initiative by regional leaders has been compromised from the outset. It was nearly sabotaged by bad blood between the leaders of Lesotho’s government and its opposition.

Lesotho’s seven-party coalition government forced amendments to the inquiry’s terms of reference, without SADC’s approval, by drawing up a legal notice, number 75 of July 28, which put the commission’s work into operation.

Mosisili included in the terms of reference a number of issues that were apparently intended to discredit Thabane and his government, such as Thabane’s appointment and dismissal of four police commissioners in two-and-half years.

The inclusion of so many new issues could have been intended to delay and obstruct the commission. In addition, after the July 3 SADC troika summit in Pretoria, Mosisili took longer than anticipated to publish the legal notice, only doing so on July 28.

Chronic political squabbles
In retaliation, the opposition, now led by Thabane, tried to push the region to add terms more favourable to its own case.

At a second troika summit in Botswana on August 16, SADC reacted by ordering the inquest to proceed according to its original mandate. This included inquiring into the alleged mutiny plot and Mahao’s alleged involvement, the circumstances of Mahao’s death, and the demotions of Kamoli and Mahao.

In that way, it asserted its leadership and rose above Lesotho’s chronic political squabbles.

When Phumaphi’s team arrived in Lesotho – the commission is sitting in Maseru – their work was frustrated by “logistical” obstacles, which delayed the commission’s work.

It only started work on August 31, three weeks after it was inaugurated. Clear terms of reference were only delivered by Mosisili after the August??18 SADC summit.

On August 13, Minister of Defence and National Security Ts’eliso Mokhosi issued a letter convening a court martial of suspected LDF mutineers, who were alleged to have acted in cahoots with Mahao to overthrow and kill commanders of the LDF, led by Kamoli, after he had refused to step down.

Deliberately orchestrated timing
The alleged mutineers, all key witnesses to the events the commission is supposed to investigate, will be in contempt of the court martial if they testify before Phumaphi, unless the high court quashes the court martial or orders the soldiers’ release.

Phumaphi complained that the timing of the court martial was deliberately orchestrated by the government to obstruct the commission.

He ruled that an application by the LDF to stop the commission from delving into the mutiny and to leave those suspected of involvement to the military court was without merit.

They ask Phumaphi to seek alternative relief from the SADC secretariat.

The LDF, under Kamoli, has publicly threatened not to co-operate with the inquiry on matters relating to the mutiny.

Hostility to inquiry
The defence force’s co-operation is critical to understanding the Mahao murder – LDF members were supposedly trying to arrest him for his alleged involvement in the anti-Kamoli uprising.

When testimony began, the military’s hostile attitude to the inquiry was immediately obvious. Witness number one, the LDF’s Colonel Sechele Bulane, was evasive on all questions put to him about the events of the fateful June 25 afternoon at Mahao’s rural home in Mokema.

Bulane, the operational commander of the unit that shot Mahao, told the commission more than once that he would not say anything that would incriminate him or members of the army.

Although he did not say so explicitly, he was relying on section 16 of the Public Inquiries Act of 1994, which specifies that witnesses are not bound to give self-incriminating evidence.

The commission is mandated to report to the chairperson of the SADC political organ. The expectation is that the report will find its way back to Lesotho through Mosisili.

Unfortunately, the prime minister has unfettered powers over the publication of reports of any commission of inquiry under the Act.

‘100% in confidence’
The Act empowers him “not to table [in Parliament] any portion of a report where, in his opinion, the public interest in disclosure of that part of the report is outweighed by other considerations such as national security, privacy of an individual or the right of a person to fair trial”.

In his testimony before the commission, Mosisili expressed “100% confidence” in Kamoli, and the two men are obviously close allies.

So, despite Kamoli’s highly divisive role in Lesotho, the indications are that, through his influence on the prime minister, he will be able to black out any aspect of the commission’s report that he objects to.

Another sign that the Lesotho government is not taking the commission seriously is the fact that Deputy Prime Minister Mothetjoa Metsing twice postponed his testimony, saying he was busy.

A further potential obstacle is that the prime minister has absolute powers to decide what to do about any recommendations of the commission.

History of disrespect for SADC
Mosisili has a history of thumbing his nose at SADC. In 2008, for example, when a panel of church leaders under former Botswana president Ketumile Masire tried to mediate in a dispute over the allocation of parliamentary seats, Mosisili’s government refused to compromise and told Masire to go home.

After SADC’s military intervention in 1998, the Leon Commission of Inquiry, led by South African Judge Ramon Leon, recommended a number of reforms to the LDF, which it accused of failing to maintain law and order, thus contributing to anarchy in Lesotho. Once again, Mosisili’s government ignored most of the recommen­dations.

Since the return of democratic rule in 1993, the country has been paralysed by political instability, exacerbated by the interference of the LDF.

Many commissions dating as far back as 1994 on such issues as internal conflicts in the army and attacks on the LDF’s Makoanyane military barracks have been largely disregarded.

The likelihood is that the current inquiry will also have no effect.