Fietas streets by any other name are not as sweet 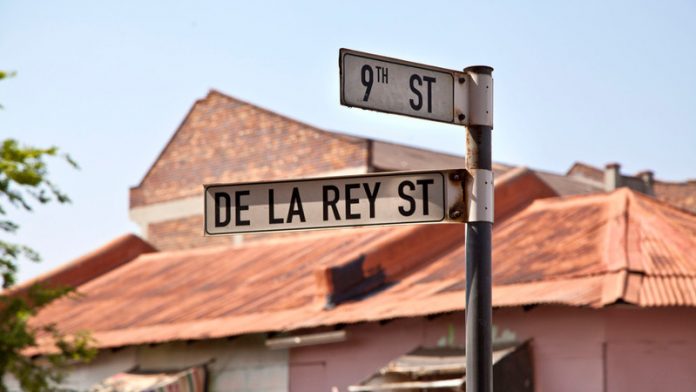 Members of the Gandhi-Mahlangu branch of the ANC, which covers Pageview and Vrededorp in Johannesburg, say they have been discussing a proposal to rename a street in the historic area.

Krause Street, one of only two streets in the locality not containing numbers in the names, is the target of the proposal. The other street named after a person is De La Rey. These two streets border Pageview to the west and east respectively.

Every other street has a numbered name, running parallel, north to south, from 11th Street to 26th Street. Each connects with Krause and De la Rey at either end, framing the lattice-shaped urban space that is Pageview, otherwise known as Fietas.

Until its eventual destruction under the Group Areas Act in the mid-1970s, Fietas was a colourful and vibrant community, profoundly integrated in terms of its people, space and use. African, Indian, coloured, Malay and Chinese people, of Hindu, Christian, Muslim and indigenous African faiths, workers and professionals, shopkeepers and artisans, rich and poor – all lived together cheek by jowl.

Fietas was said to lack for nothing on its doorsteps – or, rather, stoep-steps. It boasted mosques, churches, bioscopes, shebeens, schools, sports grounds, corner cafés, dance halls and bazaars. And it radiated community caring and sharing in a time less fractured by class.

The Group Areas Act was the blunt apartheid object used to force people into racially separated zones, making it a criminal offence for a person to live on or own land in an area designated for another racial group. It was most vividly, symbolically and brutally enforced in Fietas.

It is remarkable that, up till today, close on 40 years since the bulldozers rolled in to demolish the suburb following the forced removal and separation of its residents, it still endures so powerfully in the hearts, minds and souls of its former residents.

For the original residents of Fietas – who have been living worlds apart in Eldorado Park, Lenasia, Orlando, Meadowlands and the like – and their descendant generations too, Fietas lives on as a shared and deeply meaningful experience of history, heritage, identity and emotional wholeness. This is true of Fietas, in all its diversity and for all its contradictions, including Krause and De La Rey streets.

Take away the names of these streets and the community’s still deeply embedded anchors will come adrift. (Photos: Jayne Haywood)

On Facebook there is a Fietas group that is revealing of the ways in which the life histories, social dynamics and identities of individuals and groups are inextricably bound with and referenced by the place’s streets. Suraya Khan’s introductory post provides a good example: “I am Suraya Khan, daughter of Perona (Achmat) Khan and Fatima (Tammy) Kirsten of 16th and then I believe 23rd Street. I was also a student at the girls’ school on 17th and Krause Street – my father [ran] Kay’s Fashions on 14th Street. I was born and raised on 14th Street!”

The people of Fietas are known by their streets, and will be for generations to come. Take away the names of these streets, from a community that was forcibly uprooted and scattered, its members lost to one another, and their still deeply embedded anchors will come adrift, reinforcing an alienation that has been a consequence of the Group Areas Act.

It did not then figure in the consciousness that Krause Street was named after a city councillor in the early 1900s, or De La Rey Street after the famous Boer general in 1943. No, for the people of Fietas, Krause Street meant fish and chips at Ajmari’s, the “girls’ school” and the “coloured school”; it meant access to Queenspark Grounds, past the hangout of the Kajala boys gang, where “Lucky Lips” got her name for invading the field of play to hug and kiss every player who scored a goal.

De La Rey Street, jumping over blocks created by the intersecting number-named streets, was a line of shops for its entire length: Foxy’s Café and Fishy the Greek shop, where a challenging game of pinball could be had; Lalla’s Shoe Shop for Bata Toughees at the start of every school year; and Smiling Stores for Eid clothes.

De La Rey Street, like the infamous 11th Street, was also an official divide between the black and white people of neighbouring Vrededorp, buttressing its historical significance.

This is not the stuff of a romantic walk down memory lane. Fietas is instructive in its offerings to the concept of social cohesion, a national imperative of the times that current struggles also need to acknowledge.

While challenged by experiences of racial, class, religious and ethnic tensions and divides, the overwhelming narrative of Fietas proclaims it to have been integrated to the point of spawning a fused local identity. This is evident in its multiresidential, commercial, social and recreational nature, as well as its local economy and its spatial design that inadvertently encouraged community bonding. And in a time of increased religious fundamentalism and polarisation, Fietas stands as a powerful bulwark against intolerance.

Anzar Memab and family overlook a ruin from the heydays of the multicultural melting pot of Fietas.

It is questionable whether veneration of General JH de la Rey was top of mind for the white Afrikaner residents of Vrededorp in their interactions with De La Rey Street. The intent, however, was subverted by the nature of the street and the meaning and association the black residents of Fietas infused it with.

This is something that zealous proponents of renaming should recognise for a more nuanced and dynamic understanding of historical names.

Fort Hare, for example, was originally a British fort in the wars between the British and Xhosa in the 19th century. As the name of the university that resulted from missionary efforts at the beginning of the 20th century, it is indelibly associated with a progressive heritage of students who forged anticolonial movements, including Nelson Mandela, Oliver Tambo, Robert Sobukwe, Kenneth Kaunda, Julius Nyerere and Robert Mugabe.

In the case of Fietas, the evocative nickname of the locality may also be a signifier whose intent was subverted. There is no definitive account of how this black section of Vrededorp, later renamed but not entirely embraced as Pageview, got its nickname. One account is that “Fietas” may have been a slang reference by Afrikaner residents, who were designated to live north of 11th Street and east of De La Rey Street, for something that is “disagreeable” or “unpleasant”.

Indeed, Fietas may well have been an inner-city slum. Its generally poor and boisterous multitudes crowded small, decrepit homes and backyards, interspersed with shebeens that spilled drunken patrons on to dirty, narrow streets. Yet it was also a dynamic hub of residence, recreation, trade, entertainment and cultural observance and ceremony.

If “Fietas” was a term of disparagement, then the people of Fietas subverted it into a universal and lasting identity of positive experience and endearment. The reverse may unfortunately come to hold true for the names of the struggle heroes after whom horridly dysfunctional state institutions are named.

Goodness knows there are names that need to be changed because they are patently undeserving, commemorative of the worst of personalities, unrepresentative, inaccurate or manifestly offensive.

Ironically, both Krause and De La Rey streets were changed from previous names considered inappropriate: Krause Street from Locatie Street and De La Rey Street from Ka**ir Street. But the present bid to change street names in Fietas is arbitrary, lacks appreciation of their lived meaning and significance and would obliterate, for alternatives that are decidedly lacking a unique historical example of something that has shared resonance for both black and white people.

Life is complex and the landscape of our public representations would do best to allow for and be true to that.

Feizel Mamdoo is a filmmaker and heritage, arts and culture worker. He was born in Fietas and is a founder of the Fietas Festival, a heritage reclamation organisation.

Where street names are double Dutch

To avoid naming streets after rat infestations, the alleys were rather known for the animals that hunted the vermin.
Read more
Thought Leader

The judges are divided over a clean break from the apartheid past and cultural rights.
Read more
National

The City of Tshwane is applying to the court for leave to appeal against an order by the full bench of the High Court in Pretoria.
Read more
Opinion

EThekwini municipality residents have until Thursday to have their say on the renaming of Durban streets, the municipality says.
Read more
Advertising