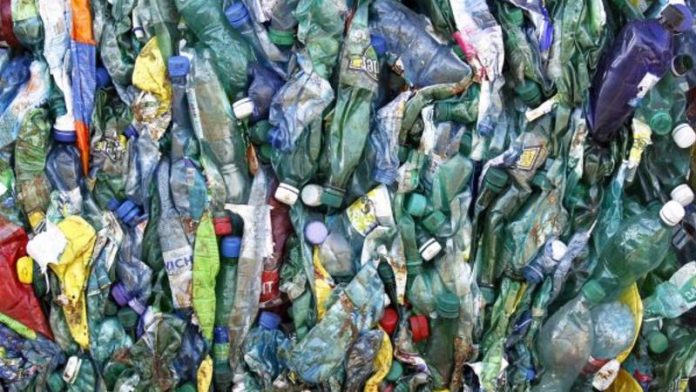 It was a panicked buy. Brian Ashley, a soft-spoken Capetonian unaccustomed to rash card swipes, took the closest R1 000 camera he could find in the shop and paid. He then rushed back to the handover of a document that he believes should change the direction of South Africa’s society and economy.

Standing in his worn suit, he made small talk with the impeccably dressed government official who had come from the presidency to receive the petition, printed in red ink.

“It was a big moment for us, having a high-level official from the presidency come and take our petition,” recalls Ashley.

With the new camera recording the moment, Ashley handed over a petition with 100 000 signatures. It asked that government respond to a broad societal proposal they maintain will create a million jobs by climate-proofing South Africa. This had been handed over one year before the March 2015 meeting. Six months later and that morning’s small talk is the last Ashley has heard from government. “We have received no formal, written, acknowledgement of our petition,” he told the Mail & Guardian this week.

Ashley is the director of the Alternative Information and Democracy Centre in Cape Town. His office houses the computers and infrastructure for a national climate movement – the Million Climate Jobs Campaign. A coalition that started with 40 union, civil society and environmental organisations, it has drawn up an alternative plan for how South Africa can achieve the twin goals of reducing poverty and responding to climate change.

Sandra van Niekerk, the campaign’s national co-ordinator, says it is one of the largest cross-sector collaborations in the country. “I come from a union background and it became clear we were all working towards the same goals when it came to jobs and climate change, so we got together,” she says.

Represented are groups from the Progressive Youth Movement and National Union of Metalworkers (Numsa) to the World Wide Fund for Nature and the Rosa Luxemburg Foundation. That weight has brought a diverse range of proposals, but not a response from government, says Van Niekerk. “Government is pretty uniform in ignoring anyone who has an idea that differs from its big and centralised plan for running the country.”

The campaign seeks to do just the opposite: break development down into sustainable projects. Van Niekerk says, “This is about getting everyone to take part in lowering our emissions and making sure we can survive a rapidly changing climate.”

Solar geysers, such as those installed by Jo’burg City Power on the roofs of Riverlea residents, reduce dependency on power from coal. (Oupa Nkosi, M&G)

It is a democratic model of development, which seeks to break down large capital ownership in favour of community owned projects. “Our current economic model isn’t working. This is a counter proposal,” she says. “This way we use existing projects and expand them to create an inclusive economy.”

The starting points for the campaign are the country’s 40% unemployment rate and its position as the 12th highest per capita emitter of greenhouse gases in the world.

Climate change will exacerbate this, the coalition says. Official data shows that the country is already 0.8°C hotter. Projections by the United Nation’s climate research unit say this will increase this century, with the interior getting up to 6°C hotter. South Africa’s longterm mitigation scenarios say this will have a profound effect on the ability of the country to grow food and provide enough water for industry, agriculture and people.

It is already the 31st driest country in the world, and relies on importing water from Lesotho to prevent a national drought.

The most profound effect of climate change on the country is calculated to be through wild variations in rainfall – from a decrease in much of the country to an increase in heavy and sudden rain in the eastern part.

This means something urgent must be done to lower carbon emissions and prepare people for the changing climate.

Compared to the government’s plan, the one being championed by the million jobs campaign calls for a much wider societal change. It is all about decentralised power, and using that as a chance to put more control and ownership in the hands of communities. At a cost of R90-billion a year, the plan sees up to three million jobs being created in responding to climate change. The savings in healthcare and myriad other parts of society cover this expense, the plan says.

Van Niekerk says the state’s involvement is critical. “Government can pull far more levers to expand this into the sort of programme that completely changes the country.”

Metalworkers union Numsa is backing the idea that communities own renewable projets, along the lines of the wind farm near Darling on the West Coast. (David Harrison, M&G)

The first target is the energy sector. More than three-quarters of South Africa’s carbon emissions come from the production of energy, mostly in coal-fired power stations. An ambitious renewable energy build has already seen 5 000 megawatts of power (equivalent to the output of Medupi) being built by foreign companies. The alternative, pushed by Numsa, would see communities owning renewable projects. A similar model was followed in South Africa’s first wind farm outside Darling in the Western Cape.

Another focus is on public transport, with the plan to expand the Rea Vaya bus scheme, which is being rolled out in Johannesburg. This took routes driven by 575 taxis and created a bus network that has employed 7 500 people. The first step of the million jobs campaign would move 10% of car commuters to public transport. Its planning documents say this would create 70 000 jobs and cut carbon emissions by 24 megatonnes. The rollout would also cut the R13-billion lost annually as a result of traffic jams, and R7-billion lost because of crashes involving private vehicles. Freight rail would also be revitalised – nearly 90% of freight still travels by road.

The majority of jobs will be created in recycling and ecosystem management. Using the existing informal recycling sector, the campaign says 400 000 jobs could be created in moving South Africa towards zero waste. This would see everything recycled and reused. A similar government idea has taken off, with millions of wasted car tyres being recycled. Similar initiatives in

Europe have been so successful that imports of raw materials have dropped.

Ecosystem management would put a value on the natural systems that, when broken, require huge levels of funding to replicate. In provinces such as Mpumalanga, where coal mining for power generation has degraded water quality to the point where farmers are losing their export licences, it could create tens of thousands of jobs restoring rivers and wetlands. The million jobs campaign plan reckons millions of rands would be saved in healthcare costs. Half a million jobs could be created nationally through ecosystem management and the Expanded Public Works Programme. It would also not require new infrastructure because it would grow out of the existing EPWP and the Working For initiatives, programmes run by various government departments.

The only obstacle, the campaigners say, is the silence emanating from government. “The point of such a large grouping was to show government that there was broad consensus on this proposal,” Ashley says.

It also meant workable plans that piggybacked on existing projects, so a massive rollout would be feasible.

Tired of constantly phoning the presidency, last month Ashley sent a letter to Jeff Radebe, minister in the presidency and the party responsible for taking the petition, asking for any response. He did not get one.

“It is so incredibly frustrating. We know the problem and we have a plan to solve it, and substantively change lives. But the silence from government’s side is deafening.”

Attempts by the M&G to get any response from the presidency also proved unsuccessful.

Where jobs will be created

Renewable energy: 150 000 jobs supplying half of the country’s electricity from renewable sources, and 50% of homes running solar water heaters.

Ecological restoration: 400 000 jobs, mainly in public works programmes such as Working for Water.

Rainwater harvesting: 65 000 jobs harvesting rainwater of homes for home use and for agriculture.

Transport: 460 000 jobs by increasing the use of public transport, and rail freight.