The case against criminal defamation 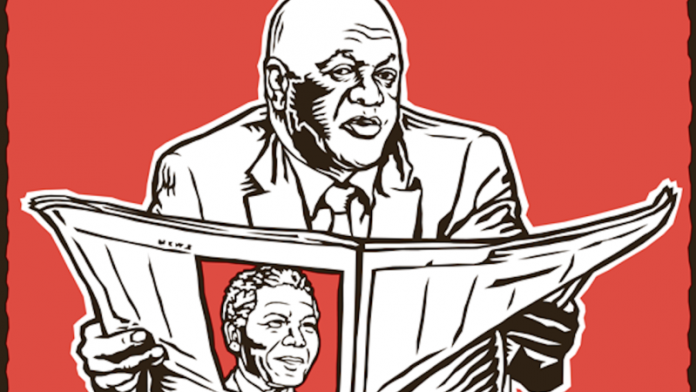 One of the most significant events in our recent history of free speech and media law happened last Saturday at a workshop on criminal defamation, arranged by the ANC’s legal research group. The minister in the presidency, Jeff Radebe, in his capacity as head of policy for the ANC, made a momentous announcement. Opening the workshop, he said: “A growing democracy needs to be nourished by the principles of free speech and the free circulation of ideas and information. Criminal defamation detracts from these freedoms.”

The ANC would spearhead legislation to rid our country of criminal defamation, which it regarded as unconstitutional, said Radebe. “No responsible citizen and journalist should be inhibited or have the shackles of criminal sanction looming over him or her.”

This announcement from the ruling party in effect means that the days of criminal defamation are numbered in South Africa: legislation will in due course be processed and, as the ANC is the majority party in Parliament, the outcome that the crime will be eradicated appears to be extremely likely.

The ANC’s announcement must be welcomed and celebrated. It will also no doubt give great impetus to the continent-wide campaign to decriminalise criminal defamation and similar laws, which is being led by advocate Pansy Tlakula, the African Commission’s special rapporteur on freedom of expression and access to information in Africa.

In many countries around the world, criminal defamation is used by those in power to inhibit critical speech by punishing the speaker with possible arrest and imprisonment. This punishment, of course, impacts on journalists, community activists, students, unionists, politicians, bloggers and academics, who will avoid robust criticism for fear of suffering these consequences.

In our own country, just last year, the Pretoria high court, in the prosecution of journalist Cecil Motsepe for an article he wrote in the Sowetan, held that criminal defamation against the media was not unconstitutional and should remain in our law. Fortunately for Motsepe, the court held that he was nevertheless not guilty because he lacked the intention to defame.

The Motsepe case followed a decision of our Supreme Court of Appeal in 2009 in the State vs Hoho case, which did not involve the media but in which the judges upheld the constitutionality of the law of criminal defamation.

In sharp contrast to South African law, there have been important developments across Africa that show that local courts have been out of touch with the reality of how criminal defamation operates to stifle criticism and chill free speech in practice.

In 2010, a resolution of the African Commission on Human and Peoples’ Rights was clear on the issue: “Criminal defamation laws constitute a serious interference with freedom of expression and impede the role of the media as a watchdog, preventing journalists and media practitioners [from] practising their profession without fear and in good faith.”

It is true that, despite this resolution, very little if any progress has taken place around the continent. But this all changed with two decisions last year.

In June 2014, Zimbabwe’s Constitutional Court, in the Madanhire case, handed down a unanimous judgment striking down the offence of criminal defamation as unconstitutional. Nevanji Madanhire was the editor of the Standard newspaper in Zimbabwe. It published an article that defamed the chairperson of a medical aid society. Madanhire had been arrested many times in the past for criminal defamation, usually for stories critical of the regime.

Madanhire and the journalist who worked on the story were arrested and charged under Zimbabwe’s criminal code for defamation.

The court, in a brave decision – which Columbia University’s named the joint winner of the most significant freedom of expression decision of 2014 – stated: “The overhanging effect of the offence is to stifle and silence the free flow of information in the public domain. This, in turn, may result in the citizenry remaining uninformed about matters of public significance and the unquestioned and unchecked continuation of unconscionable malpractices.”

The court considered that the alternative remedy of civil defamation was sufficient to provide compensatory redress to victims of defamation.

Then, in December, on the same day as the Motsepe ruling, the African Court on Human and Peoples’ Rights decided the Lohé Issa Konatè case, which involved the law of criminal defamation in Burkina Faso.

Konatè was charged with criminal defamation for defaming the state prosecutor. He was convicted and sentenced to 12 months’ imprisonment and a severe fine, had to pay damages and costs, and his weekly publication was banned for six months.

The African Court unanimously found that Konatè had been wrongly imprisoned and also reversed the other remedies that had been granted against him.

The majority of the court decided that criminal defamation could not be punished by imprisonment – it was not permissible, given the right to free speech.

The minority judgment – in which former Gauteng judge president Bernard Ngoepe concurred – went further: it rightly took the view that the problem lay with the crime itself. The crime is not necessary as there are already adequate civil remedies for victims of defamatory speech. Retaining criminal defamation, even without the sanction of imprisonment, was a “step backward in the evolution of human rights in Africa”.

Eradicating criminal defamation from the law entirely – which is the approach of Zimbabwe’s Constitutional Court, the minority judges in the African Court decision and, by all accounts, the approach we will now follow in South Africa – is far preferable to keeping the crime but watering down its penalty.

There is no need for criminal defamation because there are less restrictive ways to achieve the purpose of the law, which is the vindication of the victim’s reputation. This is because the victim has at his or her disposal the civil remedy of defamation – and, in the case of media publications, also the remedy of approaching the Press Council in the case of the print and digital media, and the Broadcasting Complaints Commission of South Africa in the case of broadcasters.

And, although the ANC has rightly been harshly criticised in the past for passing the Protection of State Information Bill and for considering whether to introduce a media appeals tribunal, this time it has taken a decision based on free speech principles, which we should all give it enormous credit for.

More than two decades ago, Nelson Mandela addressed the International Press Institute congress and said: “A critical, independent and investigative press is the lifeblood of any democracy. The press must be free from state interference …

“It is only such a free press that can have the capacity to relentlessly expose excesses and corruption on the part of government, state officials and other institutions that hold power in society.”

Criminal defamation is exactly the kind of state interference that impacts significantly on the freedom of the media in our democracy. The sooner we get rid of it, the better – for free speech, for the right to know and for our democracy.

Dario Milo is a partner at Webber Wentzel attorneys and visiting associate professor at the University of the Witwatersrand. He addressed the ANC workshop on the unconstitutionality of criminal defamation law