The economy won’t even the odds 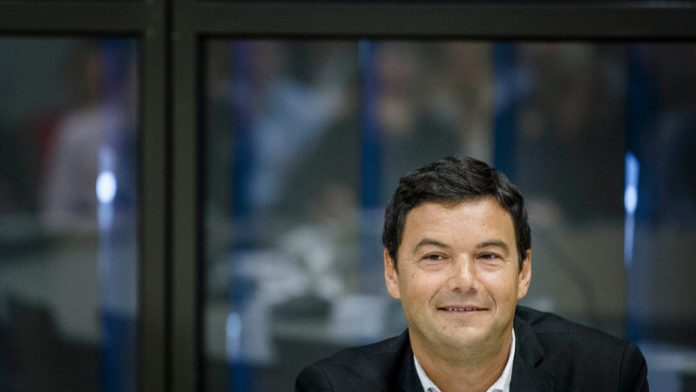 South Africa has unacceptably high levels of inequality and is routinely described as among the most unequal in the world. The visit by Piketty, an economist who works on wealth and income inequality, provides a chance to assess what the appropriate measures might be to address the problem in the country.

What share of output should go to wages and what share should go to the owners of capital has been at the heart of distributional conflicts in capitalist systems, he says, and he begins his first chapter using the example of the tragic events at Marikana in 2012.

The book has two central messages. First, that we should be cautious about economic determinism – that economic relationships determine all others – in debates about inequalities in the distribution of income and wealth. He argues that both economic and political factors have driven patterns of inequality.

The reduction in inequality in much of the developed countries in the interwar and immediately post-World War II period was the result of political forces and choices. Similarly, the rising levels of inequality after the 1980s have been driven by political shifts, especially with regard to taxation and finance.

Second, Piketty cautions that the economy, left to its own devices, is likely to generate forces that lead to inegalitarian and destabilising outcomes. His research shows there are no natural conditions pushing the economy away from the normal pattern where the returns to invested capital tend to be higher than the rate of economic growth. This increases the levels of inequality.

Two factors – a rapid burst in economic growth and government intervention – can be relied on to shift the economy away from this normal pattern of development, he argues.

What does this mean for South Africa? First is the importance of government as a counterforce to the normal pattern of economic inequality. In South Africa, there has not been sufficient acknowledgement of the importance of the government’s role. For all its weaknesses, it has played a pivotal part in redistributing income and stabilising society.

The government introduced a social grant system, which distributes R155-billion to 16-million South Africans. Can you imagine what society would have looked like without government intervention?

Clearly, the labour market should be the focus of any strategy to address inequality in South Africa.

Third, and related, the debate on inequality in South Africa has focused almost exclusively on economic considerations, what Piketty calls economic determinism.

We need to think a lot more about the political forces shaping the current patterns of inequality in South Africa and what political configurations are needed to ensure that the economy shifts along a path that generates more employment and income opportunities for a wider spectrum of our society. – theconversation.com

Imraan Valodia is the dean of commerce, law and management at the University of the Witwatersrand.

Who owns what in South Africa?