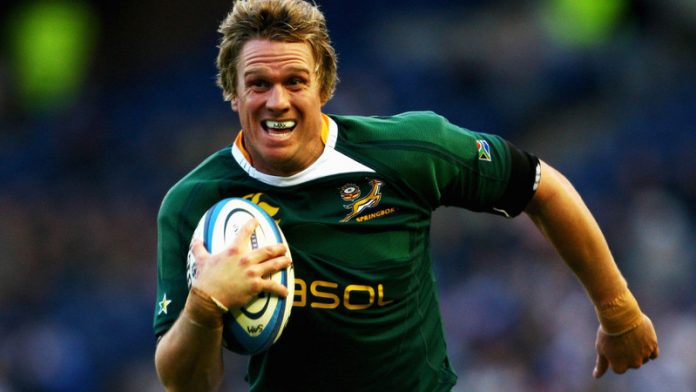 The World Cup has claimed its latest victim, and this one is permanent. Jean de Villiers, the South Africa captain, has retired from the game, having been ruled out of the tournament with a broken jaw. This was always going to be the 34-year-old’s last World Cup, but he has decided to call time on his career, a glorious 109-cap affair, notwithstanding the many injuries he’s had to fight back from. This latest is a sad way for that career to end.

“When I got injured yesterday and left the field,” he said, “I knew that I had played my last Test for South Africa. “Injuries are part of rugby and I’ve had my fair share, so by now I know how to cope with them. It’s very sad, but life goes on.”

Heyneke Meyer, South Africa’s coach, paid handsome tribute to his departing captain. “Jean will go down as one of the greatest Springboks ever, and in my eyes he is probably one of the best captains in the history of rugby, who always put the team first and gave his time for any player, young or old, without ever changing who he is. To see the emotions in the team room when he said his goodbyes made me realise how well liked he is. Jean enriched my life, and I hold him in very high regard, as a person and rugby player. Rugby will be poorer without Jean de Villiers.”

The Springboks’ problems, however, may not end with his loss. After the 46-6 win on Saturday that got their World Cup campaign back on track, Heyneke Meyer, their coach, described “five or six others” as carrying injuries that would require further investigation.

As the other two centres in South Africa’s squad, Damian de Allende and Jesse Kriel, were among those to leave the field early, Meyer may be facing a crisis in midfield. Indeed, Kriel’s condition was serious enough to warrant De Villiers’s return to the field for the final minutes, despite his broken jaw.

The same could presumably be said of the injury to De Allende, whom Kriel had replaced early in the second half. Jan Serfontein has been summoned to replace De Villiers. Others may follow.

Meyer would not reveal the identities of any of the others, but Eben Etzebeth, a towering presence on his return to the side, was another to leave the field in discomfort.

Notwithstanding their 40-point win over the Samoans, a performance of studied intensity building into a rampant second half, South Africa’s year continues to throw up challenges they could do without. From Birmingham they move on to the north-east, where an increasingly confident Scotland, top of Pool B on maximum points, await them at St James’ Park.