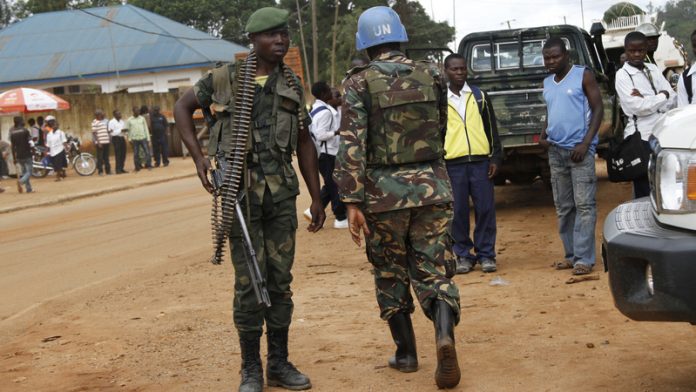 Ignace Murwanashyaka, head of the Democratic Forces for the Liberation of Rwanda (FDLR), received 13 years in prison, while his deputy Straton Musoni was given eight years, judge Juergen Hettich told the court after a trial that lasted more than four years.

“This is not a political trial, but a criminal trial of significant scale,” the judge said.

The verdict fell short of prosecutors’ demands that Murwanashyaka be jailed for life with no conditional release after 15 years as is usual practice under Germany’s legal system, and that Musoni serve 12 years.

In fact, Musoni was allowed to go free after the ruling because he had already been in pre-trial jail for almost six years and, therefore qualified for conditional release for good behaviour.

Nevertheless, the ruling was quickly welcomed by Congolese authorities, who also called for others responsible for the violence plaguing the east to be brought to justice.

The two Rwandans, who have lived in Germany for more than 20 years, were accused of a litany of war crimes committed by militias under their command between January 2008 and their arrest in Germany in November 2009.

At the opening of the case, federal prosecutor Christian Ritscher said Murwanashyaka ordered more than 200 killings and “large numbers” of rapes by his militias, had them use civilians as human shields and sent child soldiers into battle in eastern DR Congo.

The two men were initially accused of 26 counts of crimes against humanity and 39 counts of war crimes.

But over time, that was whittled down to charges related specifically to the killings, in part because the court decided not to further tax the vulnerability of traumatised rape victims or child soldiers by making them appear before the hearing.

The judge said the difficulties encountered by the prosecution in the biggest such trial in Germany as well as the length of time the case took had been “unacceptable”.

Landmark trial
The United Nations had hailed the trial as a breakthrough after repeated calls by the UN Security Council to bring FDLR commanders living abroad to justice.

The ruling is satisfactory for “all of the population of North Kivu,” Julien Paluku told Agence France-Presse, adding however that “other criminals still on the loose should also suffer the same fate”.

“I’m thinking of the other FDLR” rebels, as well as those fighting for other groups such as the CNDP and the M23 – both Tutsi Congolese rebellions that have been stamped out, but whose leaders are exiled in Uganda and Rwanda, Paluku noted.

But a FDLR spokesperson criticised the court proceeding as a “political trial”.

“Their arrests were officially requested by the mono-ethnic government of Kigali,” said La Forge fils Bazeye.

“That is simply an injustice with the aim of snuffing out the armed opposition against the Rwandan dictator,” he said, referring to President Paul Kagame.

North Kivu has been torn apart by conflict for over two decades and the United Nations’ DR Congo mission has stationed most if its 20 000 peacekeepers in the region.

Despite repeated efforts by UN troops and Congolese forces to end the violence plaguing the mineral-rich territory, armed groups like the FDLR are still sowing terror there today.

The FDLR was formed in 1994 by ethnic Hutus, including perpetrators of the Rwandan genocide, who fled to neighbouring DR Congo after Kagame took power.

It is unclear if Murwanashyaka and Musoni would appeal. – AFP

Immunisation and other preventative programmes for malaria, cholera, measles and malnutrition, which kill children in the Democratic Republic of the Congo, must continue
Read more
Africa

Minister of Home Affairs Aaron Motsoaledi has defended the new amendments to the Refugees Act that came into effect at the...
Read more
Africa

Ebola in the Congo: a forgotten conflict became a danger to world health