Can you take the weather with you? 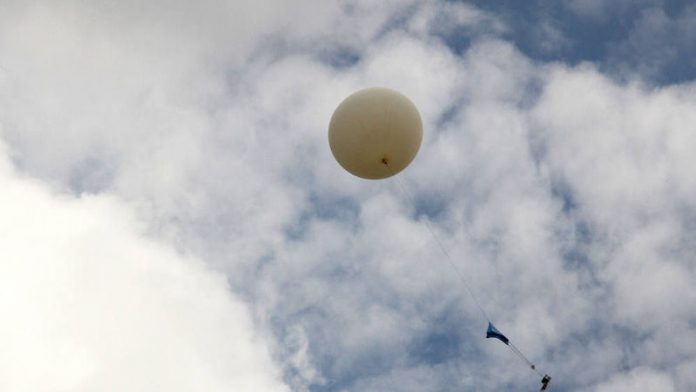 When Crowded House, one of the rock sensations of the late 20th century, sang the lyrics, “Everywhere you go, always take the weather with you,” they weren’t referring to a gadget. But their song about the effect of one’s attitude on one’s environment is an apt metaphor in a world of smartphones, apps and gadgets that can monitor every element of the human and natural elements.

For a few years now, we’ve had a semblance of carrying the weather with us, thanks to apps like AccuWeather, which have become a standard feature on smartphones.

Two years ago, a company called Netatmo took the concept a step further, when they launched a personal weather station at the Consumer Electronics Show in Las Vegas. It comprised two tubular devices, one for indoor and a weatherproof one for outdoor monitoring, with the two connecting to each other and to a smartphone or computer via wi-fi.

It’s surprising that, for a weather-obsessed country like South Africa, it has taken so long for the device to arrive here. It’s now being distributed locally by the Core Group, meaning it will be available in all iStores. Eventually, all electronics outlets should stock it.

The big question will be, of course, whether it does much more than AccuWeather. Will consumers be able to justify a gadget costing more than R2 500, when they can instead have a free app that does the job reasonably well?

The answer lies in how much more Netatmo offers, and how easily it does so. We ran it through the Gadget Five-question User Test to answer these and other questions consumers will have before reaching for their wallets.

Ease of use
It’s easy enough to set up, although it requires a number of steps, some of which don’t quite live up to the ease-of-use promise. For example, the outdoor module requires batteries to be fitted into a decidedly unfriendly battery compartment, which uses screws to be fitted in place. A lot like they used to do in the mid-20th century. However, the ease of set-up, either via a downloadable application on a computer or an app on a smartphone, more than makes up for this. The two modules integrate seamlessly with a home Wi-Fi network. Once set up, the app and application deliver vital statistics seamlessly and without further intervention.

General performance
The weather station begins monitoring the environment the moment set-up is complete, and starts delivering data on aspects of the home and its immediate surrounds that might never have been considered before. From actual humidity level to what the humidity probably feels like to noise levels to carbon dioxide concentration in the home, it is almost a case of too much information, but that would be a matter of the needs, interests and benefits that the user perceives.

Add value to your life
Whether the weather and environment in tiny detail adds value is a question of how much data you want about the world around you. This will become very much a matter of what kind of data personality you are. Those who love activity monitors like the Fitbit are the most likely candidates, as it will add yet another layer of data on all the health and activity information being monitored, collected and analysed.

From a weather forecast and monitoring point of view, the device will come into its own for anyone with specialist weather or temperature monitoring needs. It would be exceedingly useful for all the South African restaurants that serve red wine at room temperature due to their lack of understanding of what the term actually means for wine (it’s in fact average European room temperature, 16 degrees, rather than any temperature to which a room is heated).

More likely, though, it would be used for people looking for an extra edge in keeping a cigar or wine collection in perfect conditions. Serious gardeners may also find it gives them an extra edge. No doubt, there are numerous specialist purposes that will see the device succeed in niche markets.

Innovation
The level of innovation in the device lies in the extent to which it integrates environmental measurements that cannot be offered or matched by local weather stations. Carbon dioxide levels in the air inside the house and the noise level in the environment are the two key variables that will enter the user’s life once the Netatmo Weather Station is activated. Of course, that also means the user has to learn what terms like ppm (particles per million, in reference to carbon dioxide levels) and db (decibels) really mean.

My home showed a measure of 315ppm, compared to a general carbon dioxide concentration level in the Earth’s atmosphere reaching 400ppm this year, according to NASA. 350ppm is regarded as an upper safety level, which suggests the air is cleaner indoors than outdoors. So much for convincing the kids how much healthier it is to be outdoors!

More seriously, what it does reveal is that so-called greenhouse gases are not evenly distributed. If someone regards these measure as important, the Netatmo will help them make key decisions about their living and working environments.

Value for money
The Netatmo Weather Station for Smartphone is not cheap. In the US it retails for between $140 and $170, so that a poor Rand exchange rate means it makes for a seriously expensive set of devices in South Africa. However, for those who already are inveterate gadget geeks, or have strong professional or hobbyist reasons for having this kind of data at their fingertips, it is well worth the investment.

In summary, not only can you now take the weather with you, but your entire environment.