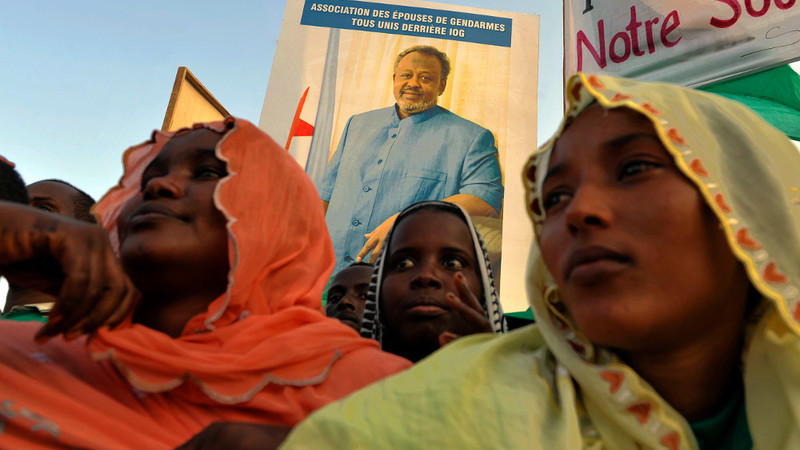 In what could be a diplomatic nightmare, an African leader is set to become the world’s first sitting head of state subpoenaed to a London court in more than 350 years.

Last month, President Ismaïl Guelleh of Djibouti was denied permission to attend the London High Court by video link in his effort to charge a political rival with corruption.

The last time a head of state took the stand in Britain was in 1648 when King Charles I was tried for treason. The monarch lost the case, and his head.

Although Guelleh will be in court as a witness, his appearance is likely to bring new focus to what human rights groups claim is one of Africa’s most oppressive regimes. Since independence from France in 1977, Djibouti has had just two presidents: Guelleh and his uncle, Hassan Gouled Aptidon, who died in 1999.

The ruling People’s Rally for Progress, controls all 65 seats in Parliament along with the print and electronic media. Both Human Rights Watch and Amnesty International accuse Djibouti of torture and extrajudicial killings.

Little bigger than the Kruger National Park, Djibouti controls the entrance to Suez. Yet, despite raking in billions from one of the world’s busiest shipping lanes, the country has been unable to provide nearly half its population with the basics of health or running water.

A quarter of the world’s containers and much of Europe’s oil from the Middle East comes this way, and this month’s case involves a former friend of the president, Abdourahman Boreh, who more than a decade ago was contracted to expand the all-important harbour.

In 2008 as Guelleh moved to change the Constitution and grant himself a third term, Boreh spoke out on the lack of democracy and said he would run for president.

The following year, a series of grenade attacks were blamed on Boreh, who fled into exile and was jailed in absentia for 15 years.

Guelleh then used Britain’s sweeping antiterror laws to accuse his opponent of terrorism and sought a London court order to freeze Boreh’s global assets of more than $5-million, but this fell apart in February when the judge found crucial evidence had been fabricated.

Djibouti then used the same court to lay a charge of corruption, claiming firms linked to the Boreh family had skimmed millions off the harbour contract. But the laugh seems to be with Boreh’s lawyers who a few weeks ago told Britain’s High Court of Justice judge Sir Julian Flaux that much of the port deal rested on “oral agreements” with the president.

Guelleh agreed with this point, and offered to appear in court by way of a video link from neighbouring Ethiopia on grounds that he was too busy to visit London for the trial.

Sir Julian threw out the request, saying if the government wanted to “make good its case” against the opposition leader, and if that case was based largely on a verbal deal between the two men, his court needed to “call the people with whom you say it was agreed orally”.

There was, Sir Julian added, a need for cross-examination that could only take place in person, saying that unless the president could show it was “totally impossible” for him to travel, “I am simply not prepared to countenance evidence by video link”.

More difficult will be the British government’s efforts to manage concerns in Washington.

The United States maintains a military base in Djibouti and, though much of the population are ethnic Somali, Guelleh has been a staunch ally in the US-led war on terror, allowing the Pentagon to launch land, sea and air missions from his territory.

Several senior members of al-Qaeda and al-Shabab have been killed by drones from the US base in Djibouti. But cables released by Wikileaks showed that the White House knew the extent of abuse. In one report, a US official notes: “Djibouti is less a country than a commercial city state controlled by one man, Ismaïl Omar Guelleh”.

Of late, there has also been criticism in Congress of Guelleh’s plan to seek a fourth term in office.

And that’s the risk he faces if he goes to London.

The president rarely leaves his armed compound and, unlike Isaias Afwerki of neighbouring Eritrea or Zimbabwe’s Robert Mugabe, has managed to stay out of the spotlight.

But a high-profile court case with a head of state as witness could change all that.

To make matters worse, Djibouti’s legal counsel is headed by Charles Falconer, who was lord chancellor in the government of Tony Blair.

Already questions are being asked about how a politician who still represents the increasingly left-wing Labour Party in the House of Lords came to serve a country where trade unions are all but banned.

Unlike the ill-fated king, Guelleh is not on trial for his life, but his efforts to appear by video link suggest he is aware of the stakes.

Already Lord Falconer has had to apologise to the court for his firm presenting false evidence in the terror case against Boreh, and anything filed in the next round will be scrutinised.

For some, the celebrity value of such a case would be welcome, but the leader of one of the world’s most secretive countries may find it hard to sit in the glare of open court or with the media camped outside his hotel.

And although the evidence he plans to present is largely oral, human rights groups and Djibouti exiles in London have wads of documents to back their claims of abuse during Guelleh’s 16 years in power.

Lula Ali Ismaïl’s first feature-length film, Dhalinyaro, was a smash hit in her home country — and beyond
Read more
Africa

Africa must help end the war on its doorstep in Yemen