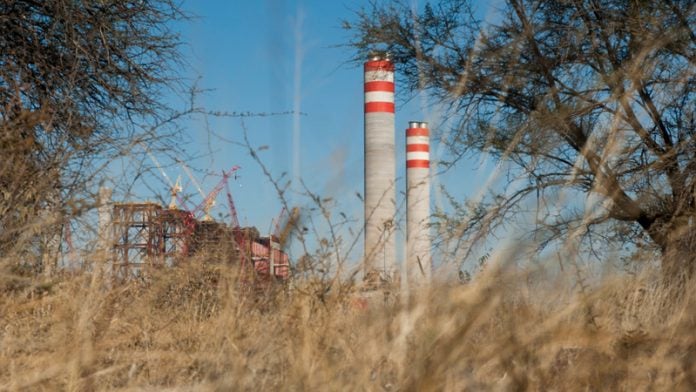 Power construction giant Hitachi has paid to make its Chancellor House headache go away. But almost a decade after the questionable deals to build Eskom power stations were done, South Africans still battle electricity shortages and rising electricity prices, and wait for the stations in question, Medupi and Kusile, to be finished.

The filing by the United States Securities and Exchange Commission (SEC), which saw Hitachi pay $19-million to settle the claims of improper payments to ANC funding arm Chancellor House, details damning allegations of how the ruling party stood to benefit from Eskom tenders.

Although the allegations will not be litigated in the US and have been denied by the ANC, there may still be legal questions hanging over the involved parties in South Africa, according to a legal expert.

The SEC filing has renewed concerns over links between Chancellor House, the ANC and senior Eskom figures such as Valli Moosa, who chaired Eskom at the time and served on the ANC’s finance committee, participating in its fundraising.

The SEC’s filing offers important lessons in how state tenders should be managed and how consumers suffer when they are not, energy industry analysts say, particularly as South Africa replaces its largest coal projects with nuclear ambitions.

Many industry experts have criticised Eskom’s approach to building Medupi and Kusile, the first power plants of their kind to be constructed in decades.

Former Eskom finance director Paul O’Flaherty told Parliament in 2012 that the plants were the world’s fourth- and fifth-largest coal-fired stations, but he warned about a skills shortage in the parastatal after years of underinvestment and attrition of expertise.

In spite of this, and with power shortages looming, the company embarked on its expansion programme, including rolling out the tenders for Medupi and Kusile, initially valued at R69.1-billion and R80.6-billion respectively.

Rather than opt for modular generation units that can be built on an assembly line for less money, Eskom opted for bespoke, supercritical plants requiring the procurement, project management and engineering skills it no longer had.

Against this backdrop, Hitachi, to get in on Eskom’s expansive action, and its local subsidiary Hitachi Power Africa, chose Chancellor House as its black economic empowerment (BEE) partner in 2005, to bid for contracts at Medupi and Kusile.

The SEC’s filing alleges that Hitachi was aware that Chancellor House was an ANC funding vehicle during the bidding process, but nevertheless encouraged the company “to use its political influence to help obtain government contracts” from Eskom – and how Hitachi paid “success fees” to Chancellor House for its work.

According to Andrew Cadman, a corporate and commercial lawyer at Read Hope Phillips Attorneys, a vital question is what Chancellor House offered Hitachi as a BEE partner, besides empowerment status. As it appears in the commission’s complaint, Chancellor House, an investment holding company with little expertise in the energy sector, could only offer political influence, said Cadman.

Under South African law, the Prevention and Combating of Corrupt Activities Act deals with many instances of corruption, including influence peddling, he noted. Along with specific offences, the Act contains the general offence of corruption.

This covers a range of activities, including accepting, agreeing or offering to accept any “gratification” for personal benefit or on behalf of someone else.

It also covers offering any gratification in order to act, personally or by influencing another person, in a manner that amounts to the illegal, biased or dishonest exercise of any powers.

On Wednesday, the Democratic Alliance laid charges against Chancellor House under the auspices of this Act.

Cadman said there is a more fundamental element of South African law that could be applied, however, relating to the fiduciary duty of a company director to avoid any conflicts of interest. This is enshrined in common law as well as in the Companies Act.

To the extent that Eskom could prove that Moosa or any other directors were conflicted when the tender was awarded and that Eskom suffered damages as a result, the parastatal could pursue them for breach of fiduciary duty, he argued.

Neither Moosa nor Eskom responded to questions. But it’s unlikely Eskom will pursue this, particularly after a 2009 investigation by the then public protector, Lawrence Mushwana, which found that Moosa failed to manage his conflict of interest.

Nevertheless, Mushwana said that Moosa, despite his “improper conduct”, did not influence the award of the tenders to Hitachi.

The execution of the boiler contracts at Medupi and Kusile were taken over by the newly formed company Mitsubishi Hitachi Power Systems Africa. At the time, Bloomberg reported that the buyback came as a result of the criticism of a conflict of interest.

A spokesperson for Hitachi Power Europe said that it could not respond to the Mail & Guardian’s questions because the settlement with the SEC was conditional on its consent neither to admit nor deny the allegations.

Cost overruns
Meanwhile, South Africa is still waiting for the completion of both power stations, which are only expected to be finished by 2021.

The cost overruns on the plants have been extensive. The M&G has previously reported that the most recent, but outdated, cost estimates have risen to R154-billion for Medupi and R172-billion for Kusile.

While struggling to finish building the plants, Eskom has slid into a deeper financial hole, requiring R80-billion in support from the government and foisting ever-increasing electricity prices on consumers.

Hitachi, alongside Alstom, the other major contractor on Medupi, has experienced problems. In 2014 it emerged that critical welding work on Medupi’s boiler units, within Hitachi’s ambit, was faulty.

Eskom vowed to claw back losses resulting from the welding faults by calling in Hitachi’s performance bond. Eskom did not respond to questions on whether it has, in fact, done so, or how much money has been claimed back. The M&G reported previously that Eskom has deducted R499‑million in delay damages to date.

Eskom expert and managing director of EE Publishers Chris Yelland pointed out that there is no evidence that the cost overruns and delays are in any way linked to Chancellor House’s involvement.

It was a sleeping partner and didn’t form part of the projects’ execution, he said. It was, however, “gross abuse” of BEE and not in the national interest.

According to Grové Steyn of Meridian Economics, though nothing criminal has been proven, in cases where influence-peddling is brought to bear on state tenders, consumers ultimately pay. Contractors or companies factor the price of bribes or “performance fees” into their tender prices, raising the direct costs of the project, he said.

In all, according to the SEC, the money Hitachi paid to Chancellor House totalled just over $10‑million. Although this represents a 5 000% return on Chancellor House’s initial investment of just over $190 000 for its stake in Hitachi Power Africa, it’s a pittance compared with the overall cost of Medupi and Kusile.

“Those numbers are trivial compared to the value of the contract,” said Steyn, adding that the real issue is the cost of appointing the wrong contractor. Not only does this kind of activity potentially raise the direct cost of the bid, it also risks appointing a contractor that is not the most price-competitive and lacks the technical skills or expertise to deliver on time and at the right quality, he said.

Even if no bribes are paid and companies are preferred based on their political links, for instance, this can “quickly close down the space for critical inquiry during the tender process”, said Steyn.

As South Africa embarks on the 9 600MW nuclear procurement programme, estimated at a potential cost of R1-trillion, the risks of flawed procurement are heightened.

These large nuclear and coal projects limit the pool of potential players and the competitiveness of the bidding process, Steyn said.

The technologies are more expensive and the potential for corruption and inefficiencies during procurement increases rapidly, he added.

More courtroom battles
Eskom faces another two possible court challenges on the award of major contracts, said Yelland. The first is for the estimated R2.6-billion contract to replace steam generators at its Koeberg nuclear plant. The losing bidder, Westinghouse, is challenging the award of the tender to competitor Areva in the Supreme Court of Appeal.

AmaBhungane revealed that suspected political jockeying has delayed the tender process and has seen the initial award of the lion’s share of the contract to Westinghouse revised to favour Areva.

Yelland, meanwhile, revealed in an article on the EE Publishers website that Siemens is considering a court interdict after Eskom awarded the control and instrumentation contract for Kusile to engineering firm ABB. This was after Eskom terminated the entire contract it had signed with Alstom in 2014 for Kusile’s control and instrumentation work, opening the contract to private tender.

“There is something seriously wrong when there are these kinds of challenges on major contracts of such national significance,” said Yelland.

The steam generator contract at Koeberg is particularly critical because it has already been extensively delayed, he said. “This kind of legal challenge places the energy security of South Africa at risk.”

Similarly, the control and instrumentation contract at Kusile is critical to its delivery. Yelland said it is not easy for companies such as Westinghouse to take such a large client to court, because it may severely prejudice the company in future negotiations with Eskom.