Pupils Speak Out: Jo’burg libraries not easy to navigate 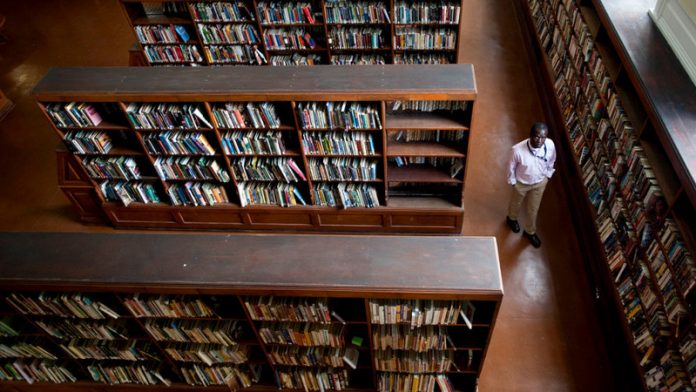 This article is part of a weekly series of comment pieces written by South African pupils about the problems they encounter in their schools. The series offers pupils a chance to be part of the debate about South Africa’s education system.

A library is supposed to be a place where we find all types of information but in at least two libraries in inner city Johannesburg, it’s hard to find what you are looking for.

The first is in Hillbrow and the other is in Troyeville. The Hillbrow one has two rooms and not all books that pupils need are available. It has three computers, which were being used by the library staff. A pupil from a neighbouring high school told me: “The library in my community is not up to date, there are only a few resources but there is a lot of demand for it”.

A lot of pupils visit the library in Troyeville, but the resources it offers are not up to date. It has three computers that are also used only by the staff, two rooms, and an adult and children’s session. One of the teenagers in the library said: “I would like for the libraries to have computers for better internet access”.

Not being able to find the information we need from libraries is unfair. I feel that every child in South Africa has the right to education but our basic education needs are not being met. Some pupils depend on libraries to do all their homework and assignments but if they cannot get the information they need, it becomes very difficult to do their work because not everyone can afford to go to an internet café. This also becomes a problem when you have to walk to other libraries that might not be close to your home.

Libraries can play an important role in our city as they provide a quiet and safe space for doing homework. Johannesburg is crowded and most pupils live in shared spaces, so it’s hard for them to do their work in a noisy environment or where there is not enough furniture. Libraries can offer a chance for many pupils to do their homework without any disturbances and this can help them focus better.

I feel that most libraries need to be upgraded so that everyone in the community can feel like they fit in. We have people who go to libraries for different purposes; some go there because of the love that they have for reading and others get information from there. If we could have enough resources such as computers and all sorts of books then I think every pupil in the country would use libraries more.